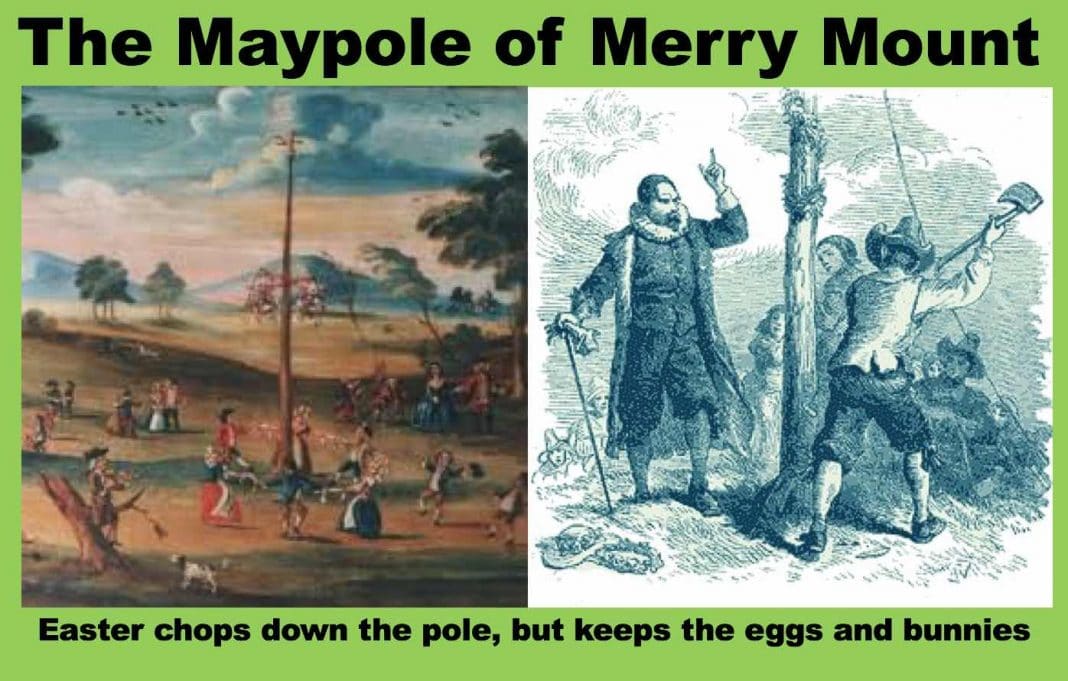 Every year, around the time of the vernal equinox, lots of people (mostly Christians) contact me to try to convince me that either (1) Eastern is pagan and therefore bad, or (2) Eastern is Christian and therefore good. This is pretty much the opposite of what I heard while growing up among lapsed Unitarians, i.e. secular humanists. Those folks love Eastern and Christmas BECAUSE they are pagan/humanist, not Christian. And of course because of all the candy and presents.

Why do Christians want me, a Muslim, to agree with them about Easter? I guess it must be that old-time proselytizing impulse. Christians have a lot of good qualities — especially the ones who really try to follow the teachings of Jesus (and I suppose I should try to refrain from the obligatory sarcastic comment about how few and far between they are) — but the need to always be absolutely right while insisting that anyone who disagrees is going to hell isn’t one of them.

But where’s the violence? Come on, people! If you honestly can’t recall any violence associated with the Easter holidays, please go back and watch that “anti-Semitic” Mel Gibson masterpiece The Passion of the Christ.

So much for the Christians. Now let’s see if we can offend the Jews too. (That shouldn’t be too hard, since their skins are a lot thinner than the Christians’, judging by the reaction that greets people who say things that could conceivably offend either group.)

Purim, even more than Easter, is a fantastically sex-and-violence-based holiday…with a strong emphasis on the violence. And unlike Easter, Purim doesn’t even try to hide it. Listen to Ran Ha-Cohen:

The Book of Esther, the textual basis for this holiday, tells the story of the miraculous saving of the Jews of Persia from their enemies, most notably the evil Haman. It ends with the hanging of Haman by the Persian King. Consequently, the Jews take revenge and kill Haman’s ten sons, murder several hundreds of non-Jews in the capital Susa, and then massacre seventy-five thousand non-Jews all over Persia. That’s how the Book of Esther ends.

And this is the “happy ending” that Jews celebrate on Purim every year. WOW.

The gist of the story is that the heroine Esther seduces the Persian king (HOW SEXY!) and tricks him into murdering some folks who are plotting against the Jews, along with tens of thousands who aren’t. Maybe this is where the Zionists get their attitude about collateral damage.

In post-9/11 Israel, parents dress their children up as Twin Towers with planes sticking out of them. They seem to be celebrating the success of those modern Esthers, the neoconservatives, who seduced the American leadership and tricked it into murdering millions of Arabs and Muslims, a few of whom may have been “plotting against the Jewish state.”

OK, let’s face it, Purim is a really nasty holiday. The sex is creepy, power-hungry, and manipulative. More importantly, it reeks of racist, genocidal violence. But what about Passover?

Passover, too, celebrates genocidal mass slaughter. The main difference is that the victims are Egyptian rather than Persian. This huge celebration commemorates the ten horrific plagues visited on the Egyptians, culminating in the massacre of all firstborn children.

So Purim and Passover are celebrations of (alleged) divinely-sanctioned mass slaughters—i.e., acts of human sacrifice.

Jesus accepted his sacrifice—brought it on himself, you might say. He gave up his own self, his own life, to serve others. The Persians and Egyptians, in stark contrast, most emphatically did NOT sacrifice themselves. They were slaughtered, against their will, for the benefit of the Jews.

So the stories of Purim and Passover, told from the Jews’ perspective, are celebrations of sacrificing (i.e. murdering) the Other for the benefit of the (TRIBAL) Self.

The real, positive meaning of sacrifice is the sacrifice of the self—the annihilation of the ego. In Islam we call it….well, islam. The word can be translated as “voluntary and complete self-surrender to God.” All wisdom teachers and holy women and men have agreed on this basic and obvious point.

So I will not get drunk on Purim. I will not eat unleavened bread on Passover. I will  not overdose on boiled eggs and candy on Easter (though I will remember the divine message of the prophet Jesus/Issa, peace upon him).

Instead, every year at springtime, I will try to let go of my self, look at nature coming back to life and open my eyes to the signs of God that surround us.