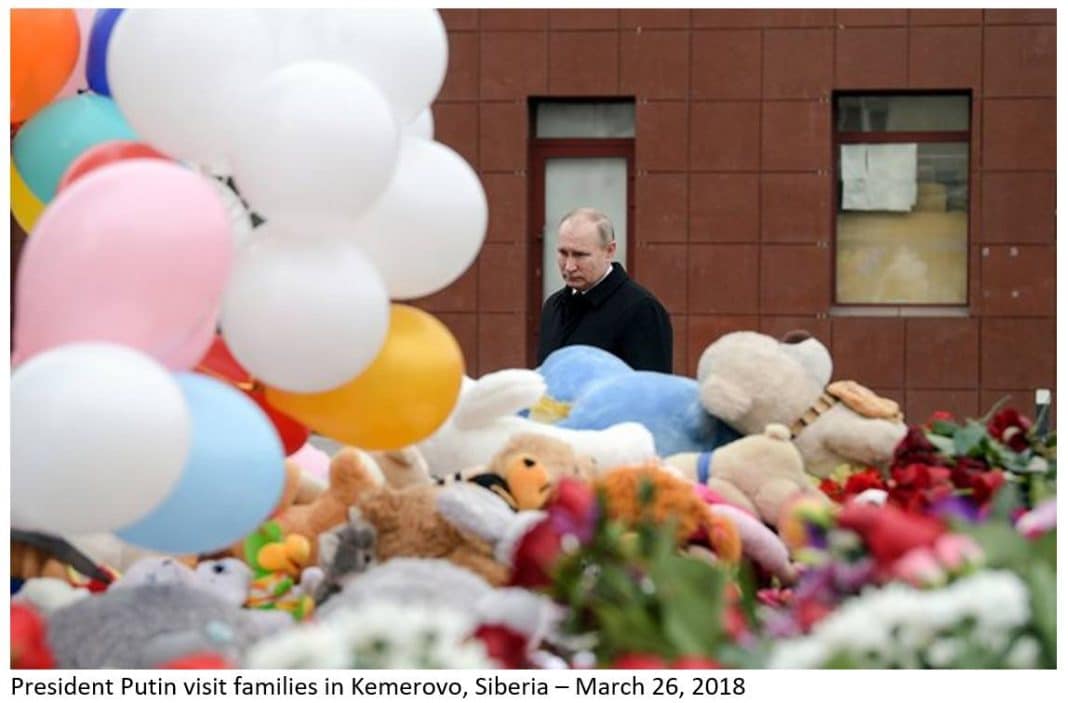 I believe in the wisdom of the Russian people, I believe in their determination to save their country from the furious pack of losers of the colonialists. Be strong, be proud and incorruptible! The whole world of normal people hopes for you.

Today I will be brief, as required by the situation, as this situation is extremely dangerous. Thinking about how several events these past days converged in time and space, I venture to presume the script is following the Libyan version. But, I see a very different outcome.

On March 18, 2011, I was at a “show” otherwise it’s hard to say what it really was, organized for students and professors at the George Washington University in the District of Columbia. There the Ambassador of Libya to the US, and two runaway Libyans, painted the horrors of the bloody Libyan regime and appealed for the West to save the people of Libya from the bloody dictator.

The ambassador (who called to bomb his own people) spoke first and briefly then quickly retired, saying that he was in a hurry to meet with President Obama. The other two traitors were extremely emotional, describing the suffering of the Libyan people. The gathered intellectuals listened, and I saw neither embarrassment or doubt on their faces.

The next morning, an attack on Libya by united coalition forces began. The world community was told that the operation is carried out to protect the peaceful population of Libya from the bloody regime. Blossoming Libya, then the most prosperous state on the African continent, today is a failed state, where 4 million armed men run around with Kalashnikov rifles seek food for their families.

“An international conference on Libya was opened in London, which was attended by more than 40 foreign ministers and leaders of key regional organizations. Basically, these are representatives of countries that are now launching rocket and bomb strikes against the positions of Libyan government troops. The conference was not invited to Muammar Gaddafi, who, however, sent a letter to the meeting participants, calling for an end to the “barbarous attack of the coalition forces” [231]. At the meeting of the conference, at the initiative of France, the question of forming the International Contact Group on Libya and its powers as a body for working out coordinated political decisions will be considered, while NATO will “plan and support joint actions of the Allies” in Libya [232]. The representative of Russia was not invited to the conference, which, according to analysts, was done deliberately to teach the Russian leadership and specifically Vladimir Putin for his negative attitude towards intervention.

Vladimir Putin, Prime Minister of the Russian Federation, in Votkinsk, Udmurtia, during a conversation with workers of the Votkinsk plant, condemned the intervention in Libya and the US position in this matter. He said: “This resolution of the Security Council is undoubtedly defective and flawed … It will immediately become clear that it allows everyone to take whatever action is taken against a sovereign state … And in general, it reminds me of the medieval call to the crusade.” He also called the US policy of intervening in conflicts in other countries as a stable trend in which there is no “no conscience or logic”, saying that during the Clinton presidency there was a bombing of Belgrade and Bush Sr. and George W. Bush, Iraq, and Afghanistan [218] [219]. A spokesman for Vladimir Putin, Dmitry Peskov, said that Putin’s assessment of the situation around Libya was his personal opinion [220].

Dmitry Medvedev, the Russian president, commented on Putin’s statement, calling the words about the crusade illegal, as they “in fact lead to a clash of civilizations.” Medvedev also noted that he does not consider the UN Security Council resolution incorrect, and said: “Everything that happens in Libya is connected with the ugly behavior that was carried out by the leadership of Libya and the crimes that were committed against its own people, this should not be forgotten, everything the rest are consequences “[221].

Then the events unfolded swiftly and bloodily, civilians murdered under bombs and missiles, to which NATO troops were sent to rescue, and in October Hillary Clinton could satisfy her thirst for blood with an animal grin, watching the brutal murder of Muammar Gaddafi live on air. The audience, who watched the same scenes on the screen of their home TVs, was also satisfied – the tyrant was killed, the people of Libya are free.

Do Western politicians dream of the same bloody finale for Putin? Of course! They have accumulated so much fury and anger against this “dictator” who oppresses the Russian people together with a handful of friends-oligarchs, that they are ready to help the Russians get rid of the bloody regime and again bring democracy to Russia. Give only a sign, call us to help.

And what do we see these days?

London puts forward unfounded accusations the Kremlin poisoned Skripal and his daughter.  Syria breaks another provocation prepared by coalition forces to poison civilians with chemical weapons. Putin wins election with such a crushing and undoubted advantage that all the work of the fifth column in Russia appears ridiculous and useless.

Not to be surpassed in their race to the bottom, Western coalition governments choose on the same day to announce the expulsion of 150 diplomats rather than send condolences to Russia to express sorrow on the death of 64 people – 41 children – in a Siberian city entertainment complex.

The vanity of the fifth column is melting like the spring snow pack across Russia, leading western provocateurs to question the investment in their failed attempts to destabilize Russia.  One-and-a-half percent of votes given for liberals in the March election are a picture of the death of liberal ideals in Russia without any hope of resuscitation.

All the long-term efforts of think tanks, university laboratories, media gurus of the West to create Putin’s image as the chief demon of Evil, the dictator and creator of a bloody regime did not affect Russians.  Collectively, all efforts galvanized support and made Putin invulnerable to the arrows issued from all possible positions.

Unfortunately, attacks on Putin by enemies inside Russia and in the west appear to be accelerating. Taking advantage of the tragedy in Siberia, opposition media in Russia echo claims by alternative media that Putin is responsible for the disaster.  The claim is that corruption at all levels of business and government inevitably lead to such disasters. On the other hand, Russians now take responsibility for combating corruption at the local level, realizing how ignoring building codes and fire safety measures can have devastating personal effects.

Then in what way does the West intend to overcome its internal crisis aggravated by the insatiable greed of the elites, the ideological deadlock of the puppeteers?  The west continues to create chaos, and built on the chaos and suffering of the world population by pursuing a paradise on earth for themselves. What future lies ahead for the unwashed masses, more and more feeling themselves as herded sheep? The answer is simple: war for the western elites simply means what it always means – more for them and ignore the screamers.

At the same time, even the most insane of the Western war choir are nervously trembling at the thought that it’s possible Putin is not bluffing.  What if he has weapons that will blow up not only their luxury villas in California, but also roast them alive in bunkers and shelters along with their dogs, mistresses and children.

It follows from this: a direct attack on Russia can only be made by a madman. But, split Russia from within, promote rebellion inside, and turn it into a wild unguided crowd – could be the solution they envision.

Inflaming Russian society to such an extent that it will destroy the country itself is a wet dream of the western troglodytes who so badly want to see on the TV the tattered body of the overthrown dictator – they still hope for this!

And all these “sleeping” agents dream of how money will again flow for them from the generous hands of Western benefactors.  To do this only it is necessary to try, it is necessary to turn the grief of mothers and fathers into anger and fury. This is what we see today in Russian cities.

I believe in the wisdom of the Russian people, I believe in their determination to save their country from the furious pack of losers of the colonialists. Be strong, be proud and incorruptible! The whole world of normal people hopes for you.