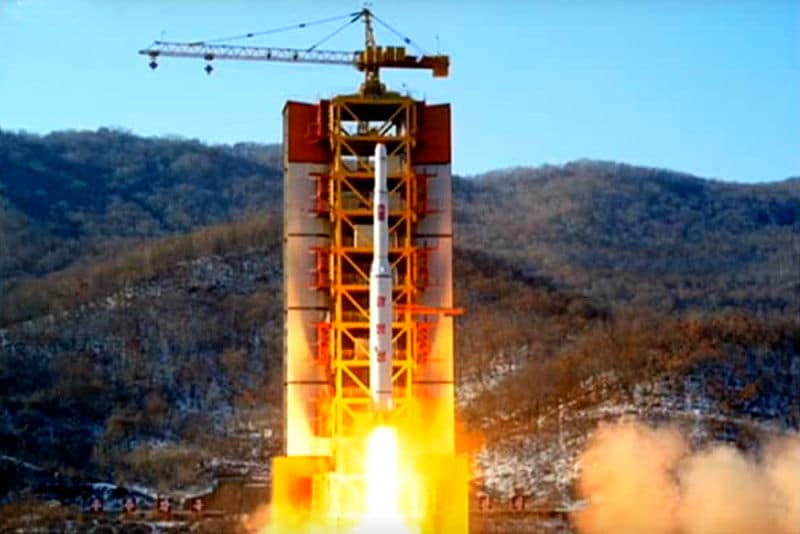 [ Editor’s Note: This public admission via the UN that North Korea got ballistic missile parts from Ukraine certainly comes as no surprise. The Ukraine government’s earlier claim that it had found no evidence of such, of course, was an admission that those in the government had sold these and pocketed the money.

Ukraine’s weapons factories stored inventory became a source of quick cash for the government people having physical control over such items. And of course the correct law enforcement and political people have to get a cut in the action to assure dead end investigations and no prosecutions.

Did US Intel know this all along? Of course it did. But with the CIA sourcing some of its Syrian war old Soviet weapons from the Ukraine stockpiles, both sides hold enough blackmail material on each other to assure no public disclosure.

So sip this story like the last bottle of good wine from you cellar, as it may be a long time before you see another one. We will keep shaking the bush anyway … Jim W. Dean ]

After nearly a year of rumors and speculations, an expert working for the United Nations confirmed that rocket engine components produced in Ukraine had apparently made their way to North Korea and were being used to manufacture Pyongyang’s ballistic missiles.

Dmitry Kiku, a member of the UN team on North Korea sanctions, told Sputnik that Kiev had confirmed the high likelihood of Ukrainian-manufactured components being used by North Korean ballistic missile engineers.

“Responding to a request by a team of experts, Ukraine confirmed that North Korean rocket engines most likely contain Ukrainian-made elements,” Kiku said.

He also pointed out that in 2017 a number of media publications suggested that the North Korean ballistic missile program may use rocket engines containing parts of the Soviet-made RD-250 rockets  built at the Yuzhmash plant located in present-day Ukraine.

In August 2017, the Ukrainian National Security and Defense Council penned a report claiming that Ukraine did not provide any permits for supplies of military and dual-use goods, in particular RD-250 rocket engines, their modifications and accessories.

However, the report authors noted that it was possible for RD-250 rocket engine components to end up in North Korea.