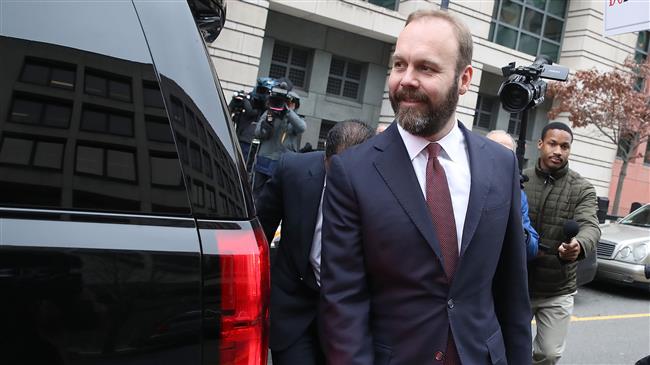 [ Editor’s Note: This case of the Dutch lawyer van der Zwaan had slipped by me. He lied about his Russian intel connection meeting so they have him cold there, to the point he is trying to pay a fine instead of doing a jail stretch. He pled guilty so he is hoping for the best now.

As Gates already has a plea deal there is no reason to give the Dutchman jail time to make roll testify against Gates, so let’s look at the options list.

Does Mueller want someone sitting in jail to make all those holding out focus better on what could happen to them if they impede the investigation? Or does he think the Gates testimony will be more powerful if corroborated by van der Zwaan?

The goal could be to put the squeeze more on Manafort to see if he is the Achilles he of getting to Trump. Prosecuting Manafort could take a long time, dragging the case out. If Mueller could get him to roll over on Trump we would have an historical event in American history in time to effect the midterm elections. Or could one of Trump’s sons be in this loop, or both of them? We just don’t know now.

This talking to “foreign intelligence” breaking of the law is a dicey area. Ex-Intel people are running around all over the place from all the major countries, military, civilian and diplomatic. When they retire they often remain in security second careers inside corporation bases.

For US present and past intel people, to have contact with a foreign intelligence agent is not a problem, unless you do not report it t to the home office, it which case it is a felony, and a serious one. Your life as you know will be changed forever. For civilians the bar is lower.

And lastly, this whole effort is to a large degree a charade, as election rigging here has a long history. The Deep State folks consider having as their natural right, people they have approved of in all possible government positions to block any attempt that could threaten to bring them down, and they have no problem spending whatever that takes. They were the powers behind the Citizens United Supreme Court case.

We see no interest in corporate media breaking the story of the long history of all former colonial powers ALWAYS having been engaged in election rigging, both inside and outside of their own respective countries.

If you bring this up with them in person they will turn white with fear. On the phone the reaction can be their hanging up, fearing that you might be trying to entrap them. This is why Gordon has been openly talking about there not being a real democracy here anymore, or anywhere else of significance. “They” would consider that just too dangerous a threat.

On the flip side, the rank and file overpaid US “protectors” are running around trying to nail people for the horrible crime of cross posting articles from Russian and Iranian media. You just can’t make this stuff up… Jim W. Dean ]

US Special Counsel Robert Mueller has connected a former official on Donald Trump’s presidential campaign to a person with ties to a Russian intelligence service.

Former Trump deputy campaign chairman Rick Gates and the unidentified person were in touch in September and October 2016, a fact that prosecutors say is “pertinent to the investigation,” according to a new court filing.

The filing released on Tuesday night is connected to the sentencing of Dutch lawyer Alex van der Zwaan, who pleaded guilty in February to lying to the special counsel about his interactions with Gates.

In an opposing 30-page memorandum also filed Tuesday evening, van der Zwaan implored for leniency and asked the judge to let him pay an “appropriate fine” instead of sending him to jail next week.

The Dutch lawyer will be the first defendant in Mueller’s probe to face sentencing on April 3. “(H)is world has collapsed as a result of his decision to lie to law enforcement,” says the court filing from the Dutch lawyer.

Mueller, a former FBI director, has been running a high-profile investigation into allegations that Trump won the 2016 US presidential election against Democratic rival Hillary Clinton only because Moscow had rigged the election in his favor.

US intelligence agencies claim Russia-linked hackers provided WikiLeaks with damaging information — in the form of thousands of hacked emails — about Clinton to skew the 2016 presidential election in favor of Trump.