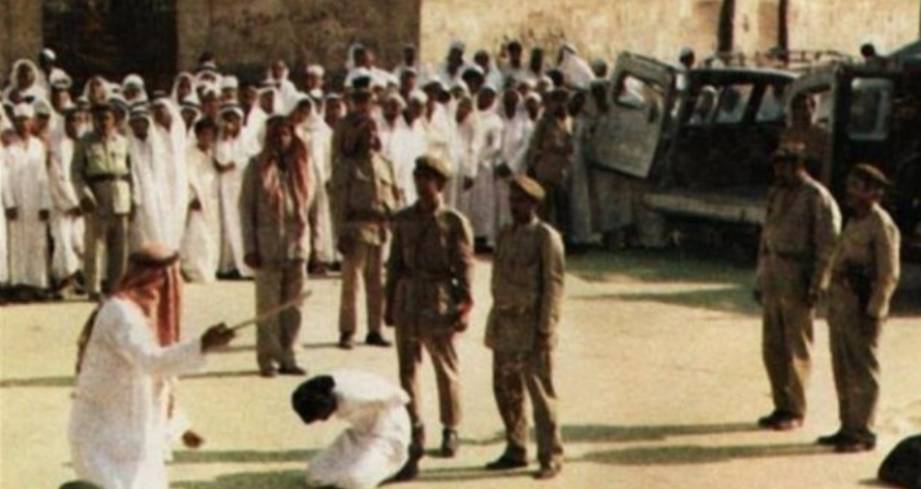 As Saudi Arabia’s crown prince tours the United States on what has been dubbed a “charm offensive,” the US media has gone into propaganda overdrive, whitewashing Mohammad Bin Salman as a “reformer” who is modernizing the kingdom.

As he meets with a roster of high-level politicians and A-list celebrities like Oprah, front and center of his celebrated reforms has been his decision to allow women to drive, and opening movie theaters in Saudi Arabia, which were banned until now.

“With the ascent to power of young Prince Mohammad bin Salman, the kingdom has seen an expansion in women’s rights including a decision to allow women to attend mixed public sporting events and the right to drive cars from this summer,”said Reuters. 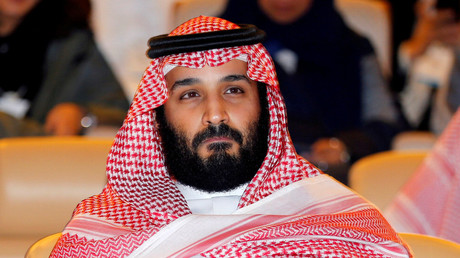 “His rise to power has been accompanied by a loosening of restrictions on women’s dress and an expansion of their role in the work force,”reported the New York Times.

The Times went on to casually mention at the very end of the article that “Prince Mohammad is expected to ascend to the throne after his father, King Salman, dies. If that happens, given his young age, he could rule Saudi Arabia for 50 years.”

This positive press is no coincidence. Saudi Arabia has spent millions on a vast lobbying apparatus that includes a network of think tanks and public relations firms to push for a war on Iran, while combating negative press related to Riyadh’s autocratic government and its US-backed war on Yemen, which has led to famine and a cholera outbreak of epic proportions that kills a Yemeni child every 10 minutes.

Most of the spin has focused on presenting bin Salman as heroic reformer, particularly when it comes to women’s rights.

Yes, soon women in Saudi Arabia will have the right to drive – something they were banned from doing under the strict religious edicts of Wahhabism. While it’s certainly a good thing that Saudi Arabia has chosen to enter the 21st century (sort of), the repeal of the driving ban is largely superficial as it does nothing to address Saudi Arabia’s discriminatory male guardianship system, which treats women as children. Under this system, women must seek permission from a male relative to travel, apply for a passport, study abroad, get married, and so on.

Even if Saudi Arabia were to give equal rights to women tomorrow, it wouldn’t change the destructive impact the Saudis have had in the Middle East, the most important being the intentional spreading of Wahhabism – a toxic and hateful religion practiced in Saudi Arabia.

Wahhabism is a puritanical and ultra-conservative form of Sunni Islam that emerged in the 1700s and has been a major source of inspiration for Salafi jihadist groups like Al-Qaeda and the Islamic State, or ISIS.

It is difficult to explain why ISIS uses Saudi textbooks to indoctrinate children, why 15 of the 19 hijackers on 9/11 were Saudi, and why Saudi nationals make up the largest number of foreigners in ISIS, without an understanding of Wahhabi theology.

ISIS is reportedly using Saudi Arabia textbooks in schools bc they promote the same ideology as ISIS. pic.twitter.com/OxMSaSLSNb

Many of the Islamophobic tropes peddled by anti-Muslim bigots are based on practices inherent in Wahhabism and carried out in Saudi Arabia and areas controlled by ISIS, such as stoning of adulterers, amputating the limbs of thieves, and death by beheading.

Saudi Arabia is basically ISIS with huge oil reserves. This is America’s “moderate” ally in the region. pic.twitter.com/A9NidafjOA

The Middle East wasn’t always plagued by regressive fundamentalism. Salafi jihadist groups like Al-Qaeda were not popular in the region and they still aren’t. They have been violently imposed on people thanks in large part to the actions of Saudi Arabia in partnership with the US, which has a longstanding pattern of backing religious fundamentalists to further its geopolitical ambitions. 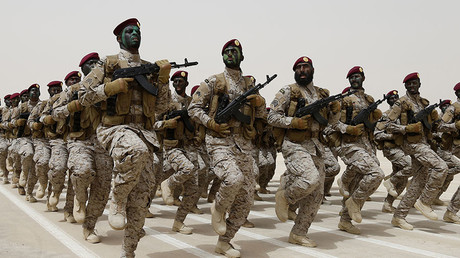 As far back as the 1950s, the CIA teamed up with the Muslim Brotherhood, which was then backed by Saudi Arabia, to weaken secular Arab nationalism and communism.

With US backing, Saudi Arabia has spent tens of billions of dollars spreading Wahhabism throughout Sunni Muslim communities around the world. By building Wahhabi-influenced mosques, schools and Islamic centers, Saudi Arabia seeks to remake Sunni Islam in its image. Areas of the world where this tactic has paid off – Kosovo, Albania, and South Asia – have provided fertile recruiting pools for Salafi jihadist fighters. In South Asia, Saudi Arabia has also funded Deobandi (an ultra-conservative version of Islam similar to Wahhabism) schools and mosques, the kind from which the original generation of the Taliban emerged.

The most significant chapter in the US-Islamist love affair came in the 1980s, when the US armed the Mujahedeen to bleed the Soviet Union in Afghanistan. It was the largest and longest-running covert operation in US history. People like Gulbuddin Hekmatyar, an Osama bin Laden associate whose claim to fame was splashing acid in the faces of unveiled schoolgirls at Kabul University, were the top recipients of CIA funds.

After the Soviet Union fell, some elements who fought alongside the American-armed Mujahedeen groups evolved into Al-Qaeda. Not long after that, Al-Qaeda pulled off an attack that killed 3,000 people in New York City and its existence has been invoked to justify endless war and the curtailing of civil liberties ever since. (Afghanistan, where the US is still at war, remains the world’s second-largest producer of refugees.)

The US has played a similarly dirty game in Syria over the last six years, knowingly arming rebel groups linked to Al-Qaeda to weaken the Syrian government.

In spite of its role in spreading an ideology that inspires terrorism, Saudi Arabia continues to receive special treatment in Washington, first and foremost because it is an arm of US imperialism in the Middle East, but also because its leaders use their vast oil wealth buy friends in high places. 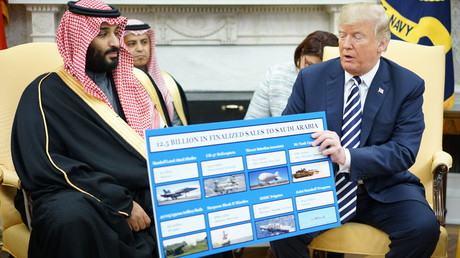 ‘Peanuts for you’: Trump showcases weapons US sold to Yemen-bombing Saudi prince (VIDEO)

This may have something to do with Saudi Arabia’s approach to Western officials, which is to lavish them with expensive gifts. And it shows.

During a private meeting at the State Department in September 2016, nearing the end of the Obama administration, I expressed frustration about the US allowing Saudi Arabia to spread its toxic Wahhabi ideology, which serves as a primary inspiration for Salafi jihadist groups like Al-Qaeda and ISIS, around the world. Before I could finish, a senior-level official in the Department of Near Eastern Affairs interrupted me to defend the Saudis.

“Saudi Arabia isn’t exporting terrorism, they’re exporting religion and we can’t get into the business of policing religion. It’s a free speech issue,” said the official. “The Saudis are a very important geostrategic ally. And they are changing. They’ve worked very hard to reform their textbooks,” the official added.

The official then brought up the jihadist textbooks printed by the US and disseminated to Afghan school children in refugee camps in Pakistan in the 1980s. The textbooks encouraged violence against infidels, communists and the Soviet Union in the name of Islam and helped inculcate an entire generation. These US-printed textbooks can still be found in Taliban-run schools today.

The senior State Department official insisted that, in the end, printing them was “worth it” because “we got rid of the Soviet Union.”

The official’s response was reminiscent of former US National Security Adviser Zbigniew Brzezinski, one of the architects of the US policy to arm the Afghan Mujahedeen. Asked in 1998 if he regretted supporting Islamic fundamentalists, Brzezinski replied: “What is most important to the history of the world? The Taliban or the collapse of the Soviet empire? Some stirred-up Muslims or the liberation of Central Europe and the end of the cold war?”

This sort of thinking continues to dominate Washington’s approach to the region with ever more disastrous consequences. Giving women in Saudi Arabia the right to drive, while a welcome development, won’t change that. 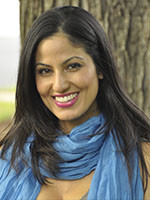 Rania Khalek is an American journalist, writer and political commentator based in the Middle East.