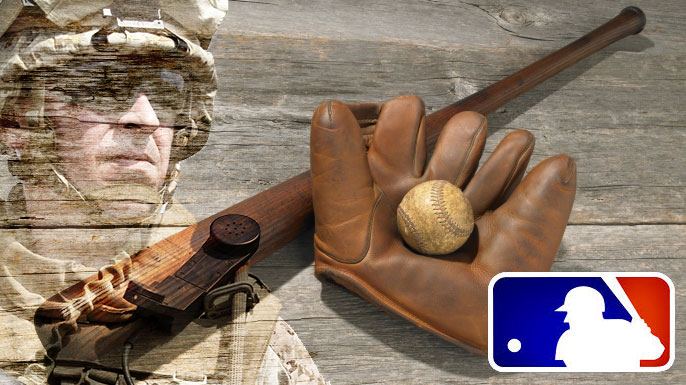 On April 13, 1967, United States Marine Corps infantryman rifleman Charles Francis “Chuck” Goggin stepped on a land mine and suffered eight or nine shrapnel wounds in both legs and some on his back.

For his bravery, he was awarded both the Bronze Star and the Purple Heart.

But the most decorated Vietnam War veteran ever to play Major League Baseball (MLB) is also one of the 644 retirees who don’t receive an MLB pension.

Goggin was a versatile utility player who debuted with the Pittsburgh Pirates in 1972 as a September call-up. On the last day of the season, Goggin got his first two big league hits, only to be overshadowed by the late Roberto Clemente getting the 3,000th hit of his illustrious Hall of Fame (HOF) career.

He lives in Alexandria, Virginia now, and was the first manager of the Nashville Sounders, the Double A affiliate of the Cincinnati Reds. The late President Ronald Reagan even appointed him as a U.S. Marshall for Tennessee.

You’d think that a guy like Goggin, who defended the freedoms and liberties we call dear, who put his life on the line for America, would be treated better by the suits who run our national pastime. But you’d be wrong.

Goggin doesn’t receive a traditional pension because the rules for receiving MLB pensions changed in 1980. Goggin and the other men do not get pensions because they didn’t accrue four years of service credit. That was what ballplayers who played prior to 1979 needed to be eligible for one.

Instead, since April 2011, they all have been receiving what are referred to as nonqualified retirement payments.

In brief, for every quarter of service a man has accrued, which is defined as 43 game days of service on an active MLB roster, he gets $625.

And here’s the kicker — the payment they get cannot be passed on to a widow, loved one or other designated beneficiary. When the man passes, the payment passes with him.

By contrast, the maximum allowable pension a retired MLB player who is vested can make is $220,000.

Goggin isn’t the only former ballplayer who served his country getting shafted by the league and the union representing today’s ballplayers, the Major League Baseball Players’ Association (MLBPA). There’s former Mets outfielder Dave Schneck, who spent 14 months in the armed forces when he served in Vietnam. For the past 30 years, Schneck has run a family-owned waterproofing business in Slatington, Pennsylvania. He appeared in 143 career games over parts of three seasons, and his best season was in 1974, when he hit one triple, 11 doubles and homered five times in only 254 at bats. 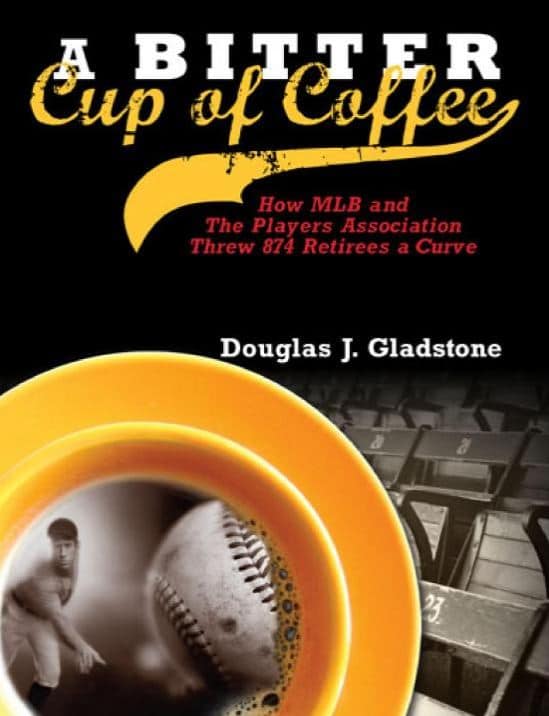 Ditto Dallas, Oregon native Darcy Fast, who pitched for the Chicago Cubs in 1968. Counted on to be the fifth starter for the team in 1969, he instead did a tour of duty in Vietnam and later felt he had a higher calling.

So Fast subsequently became pastor of the Community Church of Centralia, in Centralia, Washington, where he was the chief spiritual leader for 37 years before retiring in 2012.

Battle of the Bulge war hero George Yankowski is in the same boat. Signed by no less than HOF manager Connie Mack, Yankowski played for the Philadelphia Athletics and the Chicago White Sox. You know how he spent the first check he received back in 2011? He paid for sorely needed dental work.

This is not how we should be treating a man who was awarded the Bronze Star, a Combat Infantry Badge and the French Legion of Honor Medal for his service on the front lines.

For that matter, this is not how we should be treating any person whose salad days are long behind them.

The league – which does not have to address this matter unless the MLBPA broaches it in collective bargaining negotiations — recently announced that its revenue was up 325 percent from 1992, and that it has made $500 million since 2015. What’s more, the average value of each of the 30 clubs is up 19 percent from 2016, to $1.54 billion. So the national pastime is in good shape financially.
The MLBPA has been loath to divvy up anymore of the collective pie. Even though Forbes recently reported that the current players’ pension and welfare fund is valued at $2.7 billion, MLBPA Executive Director Tony Clark— the first former player ever to hold that position — has never commented about these non-vested retirees, many of whom are filing for bankruptcy at advanced ages, having banks foreclose on their homes and are so sickly and poor that they cannot afford adequate health care coverage.

Unions are supposed to help hard working women and men in this country get a fair shake in life. But the so-called MLBPA labor leader doesn’t seem to want to help anyone but himself — Clark receives a MLB pension AND an annual salary of more than $2.1 million, including benefits, for being the head of the union.

Now does that seem fair to you?

About Author:  Douglas J. Gladstone is a freelance magazine writer based in New York. He is also the author of two books, including “A Bitter Cup of Coffee: How MLB & the Players’ Association Threw 874 Retirees a Curve.” His website is www.gladstonewriter.com