Iraqi novelist Sinan Antoon was twelve years old when Saddam got into power. He didn’t like Saddam, but he knew that any American invasion would bring about total disaster to the country and a litany of massacres.

Isis, Antoon told the Guardian, was just pure fiction in 2002.[1] But all that changed when the United States created a Frankenstein in the region.

“In 2002,” Antoon wrote in the New York Times, “when the cheerleading for the Iraq war started, I was vehemently against the proposed invasion. The United States had consistently supported dictators in the Arab world and was not in the business of exporting democracy, irrespective of the Bush administration’s slogans.”[2]

The American empire always uses “democracy” and “freedom” to eradicate countries they do not like, so Antoon instantly knew that something fishy was going on when the Neocons and Zionist marionettes were beating the war drum.

He said: “I knew that the actual objectives of war were always camouflaged by well-designed lies that exploit collective fear and perpetuate national myths.”[3]

“were against a ‘war that would cause more death and suffering’ for innocent Iraqis and one that threatened to push the entire region into violent chaos. Our voices were not welcomed in mainstream media in the United States, which preferred the pro-war Iraqi-American who promised cheering crowds that would welcome invaders with ‘sweets and flowers.’”[4]

Antoon further argued that the invasion of Iraq was also a looting operation, “making it one of the most corrupt in the world.”[5] After the invasion, said Antoon, Iraq became a hotbed of violence and chaos, and “suicide bombings became the norm.” Terrorists roamed the country, “and Iraq later descended into a sectarian civil war that claimed the lives of hundreds of thousands of civilians and displaced hundreds of thousands more, irrevocably changing the country’s demography.”[6] 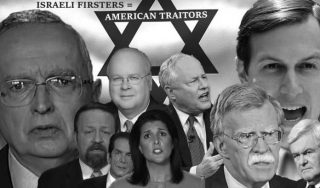 Americans began to leave Iraq by 2013, but the damage and destruction and mayhem they left were almost irreparable. Ugliness was virtually everywhere, and “the great majority of Iraqis” were struggling to return to their daily lives.

The invasion, said Antoon, has almost certainly taken the lives of more than a million Iraqis, and the psychopaths who created the nightmare are still around, lurking behind the media and television shows and screaming their lungs out for more wars in the Middle East.

Those psychopaths ended up writing best sellers—Bush wrote Decision Point; Condoleezza Rice No Higher Honor: A Memoir of My Years in Washington and Democracy: Stories from the Long Road to Freedom; Dick Cheney In My Time: A Personal and Political Memoir and Exceptional: Why the World Needs a Powerful America; Donald Rumsfeld Rumsfeld’s Rules: Leadership Lessons in Business, Politics, War, and Life and Known and Unknown: A Memoir; Colin Powell It Worked for Me: In Life and Leadership, etc.

Both McCain and Graham have recently resented the idea that America needs to be pulled out of Syria because, in their view, the United States needs to defeat ISIS. As E. Michael Jones has said in a recent interview with Press-TV:

“Lindsey Graham and John McCain are two of the biggest warmongers in the United States Senate. They are complete operatives of the Deep State. Their job is to keep these wars going in the Middle East, for lots of reasons; first of all, in the interest of Israel, that’s why he mentioned Iran, because Israel does not want any Iranian influence whatsoever in that area, but also in the interest of the military-industrial complex.”