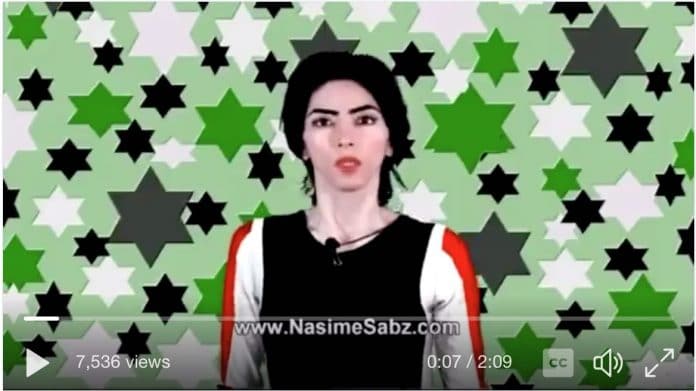 Watch the censored YouTube video in which Nasim Aghdam explains herself:  https://twitter.com/RightWingAlert/status/981386560414371842

Yesterday I clicked on a YouTube video and got what looked like an error message. It informed me that I had been assessed one strike against me due to violating YouTube’s content guidelines. Two more strikes and my channel would be deleted, along with hundreds of videos that had cost me thousands of hours of work. Meanwhile, the offensive video—an interview with former CIA Clandestine Services Officer Robert David Steele—had been removed.

I appealed the decision (in one short sentence—YouTube not only refuses to tell you which guideline you have allegedly violated, but only gives you a few dozen characters to make your case!!) I said “no violations! Robert David Steele’s interpretation of the Las Vegas shooting is controversial but newsworthy.”

Here is the deleted interview—please listen and let me know in the comments section how it could possibly have violated any YouTube content guidelines.

Robert David Steele ran a false flag operation for the CIA. He cannot describe the details, since they are still classified. As a former false flagger turned whistleblower and founder of the OSI (Open Source Intelligence) movement, he is the kind of expert that all journalists should consult when writing about a possible Gladio B operation like the Las Vegas shooting. Whatever he has to say about such an event is newsworthy and should be publicized.

But MSM “journalists” don’t do journalism any more. Now YouTube wants to make sure that independent media people like me can’t do it either.

Just minutes after learning that my YouTube channel was in mortal danger, I heard about the shooting in YouTube’s headquarters in San Bruno, California. An angry YouTuber, Nasim Aghdam, had shot up their offices, wounding three people before she was killed  by police.

Aghdam, like me and so many other people, had been targeted by the YouTube cyber-bullies. As an independent media person whose content offended powerful special interests, Aghdam was apparently censored by YouTube, killing traffic to her site and destroying the business she had worked so hard to build. 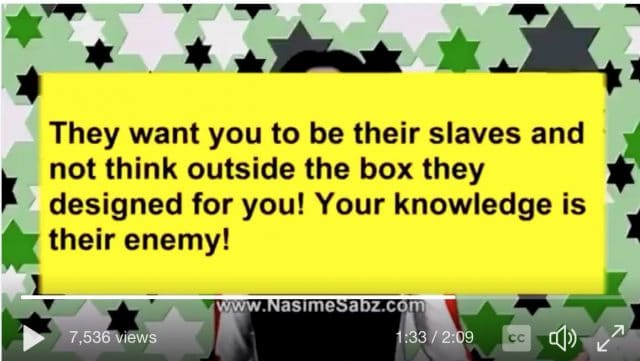 When a bully targets someone, that person essentially has two choices: fight back or die (spiritually, morally, etc. if not physically). I know Jesus allegedly said to turn the other cheek. But in the real world, that usually doesn’t work with bullies.

The best way to fight back is with heart, mind, and words, maintaining the self-control necessary to wage a strategic war against the bully over the long term. That’s what I’ve been doing (for 15 years now) about the bullies who blew up the three World Trade Center skyscrapers, and the Constitution, on September 11, 2001.

Another way to fight back is to just go off on them—violently, physically. That is what I did to the two guys who bullied me when I was a teenager. In both cases I got sick of putting up with their BS and accepted their challenges to fight. The first one started crying when I landed a hard punch in the vicinity of his ear. The second one quit after suffering a black eye. Thankfully, neither one was permanently injured. (After growing up, I learned there were some very good reasons NEVER to punch people. See OnePunchHomicide.com.)

The possibility that a bullying target might go off on the bully—I mean, REALLY go off—is a deterrent to bullying. I hope the YouTube cyberbullies learn their lesson from the martyrdom of Nasim Aghdam. Youtube MUST return to a fully content-neutral policy: ending its “strikes,” reversing its vicious and unconstitutional attempt to demonetize the alternative media, and only removing material if there is a strong prima facie case that it violates the law.