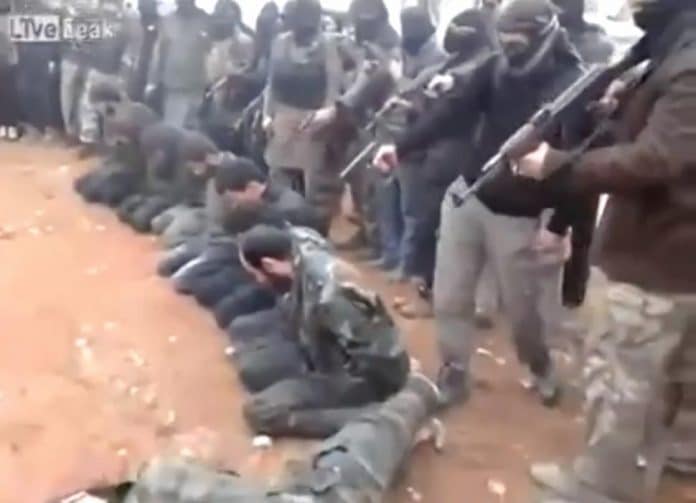 [ Editor’s Note: These “other” regional security organization annual meetings give us a window look into their geopolitical views, with no rose-colored glasses. Hence, don’t expect to see much coverage of the highlights mentioned in Western media.

What we see emerging is what VT has been calling for editorially – that the targeted countries of US unipolarism have to band together for their own strong, defensive “NATO-type” coalition to avoid getting picked off one by one.

And they need to use this evolving coalition to protect smaller, weaker countries, where the Western Neocolonialists often stick their noses in to gain a regional base for chaos-theory destabilization work.

The Iran defense chief was right on the money with his stating that if the US coalition threat to Syria completely hits a dead end, it will just crank up another effort somewhere else, simply because it wants to. All the tools and manpower are still in place.

Neither the UN nor any international agreements will stop it, as we are seeing quite openly, especially for the US, that it does not consider itself bound by any agreements. The US public has been brain-dead as to what this exposes it to long term. It is just along for the ride.

The failure of the supposedly “good” democratic countries to abide by the principals of the UN charter, international law, the WTO, etc, etc, has now brought us to a new fork in the road.

We must throw out the old and bring in the new, by creating some new structures where the rules must be abided by, or members will be thrown out with appropriate punishment.

And then there is the issue of confiscating the trillions of dollars of stolen money, with no record of how it was made, from those who stole it, that can recapitalize a world economy to the benefit of all, that would really be beyond imagination.

As long as we allow the Deep State to use up any oxygen, it will continue to attack and subjugate us; and it is getting late in the game if we are ever to do anything about it. From what we see from our VT perch, our kids sure as hell aren’t going to do it … Jim W. Dean ]

The Iranian defense chief says the defeat of the Daesh terrorist group is equal to the defeat of the US’s regional policy, and thus the collapse of the Takfiri outfit could be followed by a fresh wave of hostilities in the region fueled by extra-regional powers.

Brigadier General Amir Hatami made the remarks in an address to the Moscow Conference on International Security (MCIS) on Wednesday.

“The defeat of Daesh means the defeat of America’s regional policy and thus we should expect that this defeat would probably mark the beginning of a new era of hostilities and regional tensions,” with regional and extra-regional powers competing to consolidate their presence in conflict zones, he added.

Hatami warned that despite the fall of Daesh, the terror outfit’s Takfiri ideology is still alive and poses a threat to the world.

The threat of Daesh, the minister added, could still re-emerge anywhere in the world as long as the US and Western governments continue to arm the region’s aggressive states under multi-billion-dollar deals and as long as Washington refuses to end its “unwise” regional policies, which are based on “opportunism.”

Iran remains strongly opposed to US unilateralism and hegemony as well as the Zionist regime’s destructive and destabilizing policies that contribute to the spread of extremism and violence, Hatami said.

Any attempts directed at interventionism, aggression and disintegration of countries run counter to the interests of regional nations and government, the Iranian defense minister added.

The Islamic Republic, he said, favors a joint political initiative to resolve the Syria crisis and welcomes regional cooperation meant to end the suffering of the people of Yemen.

The conference opened with a statement by Russian President Vladimir Putin, who said Daesh has been completely defeated in Syria, but the Takfiri terrorist group still maintains its “destructive potential” to target different regions across the globe.

“Despite its military defeat, this terrorist group (Daesh) retains its significant destructive potential, it can change its tactics and launch attacks in different countries and regions in the world,” Putin said. Other extremist outfits also “pose a great danger” to the world, he added.

The Russian president further underlined the need for international cooperation to combat terrorism and block its development.

“It is necessary to think together about new forms of multilateral cooperation that would allow us to consolidate the gains made in the fight against terrorism and to prevent the further spread of this threat,” he said. Daesh started a campaign of terror in Iraq and Syria in 2014, occupying territory in the two Arab countries and establishing a self-proclaimed “caliphate” there.

Soon, the Iraqi and Syrian armies galvanized to retake Daesh-held territory and the terrorist group was gradually stripped of all the land it had occupied in the two Arab countries. At the Damascus government’s request, Iran and Russia have been assisting Syria in its fight against terrorists.

‘US after Syria oil’

Syrian Deputy Defense Minister Mahmoud al-Shawa also addressed the conference, saying the US is trying to gain control over Syrian oil fields and is helping Daesh for this purpose.

Washington has “decided to invent various pretexts to justify keeping the illegal presence of their bases and troops on Syrian soil in order to establish control and domination over the oil fields in order to separate Syria,” Shawa said.

He also accused the US of violating humanitarian law during its military operation in Syria, but hailed Russia and Iran’s contribution “to the end of the war of attrition.”