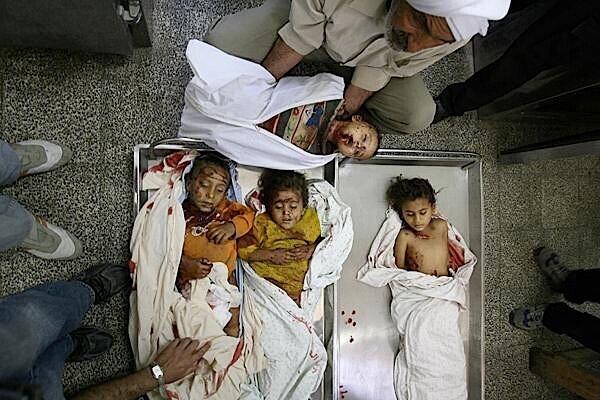 Editor’s note:  As Senior Editor, I take full personal responsibility though the author is Bradley Burston.  OK, maybe only some responsibility.  The credit goes to Burston.

This Is Zionism as Racism. This Is Israel at 70

It hurts me to write what I’m about to. But it also hurts me to live in this place today. To open my eyes and see what’s right here, right now.

This is Zionism as racism. This is Israel at 70.

This is a country which so demeans and dismisses and conflates Palestinian lives, that after a horrendous casualty rate in massive demonstrations at the Gaza border over the weekend, Eli Hazan, a spokesman for Benjamin Netanyahu’s Likud, referred to the men, women, children and elderly protesters camped hundreds of meters from the border fence, and told i24 News Monday without flinching: “All 30,000 are legitimate targets.”

This is a country whose ruling officials go to great lengths to proudly trumpet their insensitivity and capacity to bully, steamroll, silence and marginalize those whose opinions or ethnicities or religious affiliations don’t dovetail with the government’s smug, narrow, boilerplate conception of what is acceptable as Israeli.

This is a country where, immediately after the prime minister’s surprise announcement of a landmark humanitarian deal to resolve an impasse over 37,000 African asylum seekers, Netanyahu’s own right wing rose up in mutiny

“This is walking, breathing anti-Zionism,” cried journalist Caroline Glick, the Laura Ingraham of Israel. Or, perhaps more precisely in this case, Israel’s version of Ann Coulter.

“This is terrible,” she tweeted her followers. “U.S. Jewry joined radical Israeli left financed by US Jewry to force govt to ignore it’s laws and desire of citizens to allow 18,000 illegal aliens to receive citizenship.”

The next morning, veteran Tel Aviv City Councilman Shlomo Maslawi, a former Likud activist and a leader of the pro-deportation effort in south Tel Aviv, said that the disadvantaged area where many of the asylum seekers live will never be rehabilitated until “the Eritreans are gone, down to the last Eritrean – only then will there be rehabilitation.”

Then, in a fiery exchange with anchors Guy Meroz and Orly Vilnai over the right having pressured Netanyahu into suspending the deal, Maslawi said “We may have saved the fate of the people.”

When Meroz appeared to doubt the validity of Maslawi’s statement, Maslawi replied “You must belong to a different people.”

“What people do I belong to? Am I less Jewish than you?” Meroz asked, his tone midway between rage and shock. “Am I less Israeli than you? Is that what you see?”

“A people who hates its own people, that’s what I see,” said Maslawi.

“Stop with your accusations,” Vilnai answered. “We are not less Zionist than you, Mr. Maslawi.”

But they are. In this Israel they are no longer Zionist at all.

As a public servant, as an Orthodox rabbi, as a settler, you’re free to say anything you want, as long as it’s anti-Arab, anti-black, anti-Muslim, anti-Palestinian, anti-immigrant, and, for good measure, anti-Ashkenazi, anti-North American Jew, anti-New Israel Fund and, in general, anti-leftist of all stripes.

So is the settler activist who calls Barack Obama “the kushi” (the darkie, or the n-word). So is the Likud activist who uses the same word to describe all African asylum seekers.

For sheer, unadulterated, mega-manipulative, ostensibly Zionist bigotry and hatred, though, no one can touch Benjamin Netanyahu.

In recent years he’s hammered away with racist and mendacious incitement against Arab citizens of Israel and African asylum seekers as supposed security threats.

On Tuesday night he surpassed himself.

Taking a leaf from the coded Jew-hatred of European proto-fascists and the pro-Trump alt-right, going all-out to boost and leverage hate against blacks and leftists and American Jews and destroy the High Court of Justice and divert blame to get himself off the hook for incompetence, he dog-whistled the name of Holocaust survivor and left-leaning philanthropist George Soros in an unprecedented assault on the New Israel Fund.

“The overarching goal of the Fund is the obliteration of the Jewish character of Israel, and turning it into a state of all its citizens,” lied Netanyahu, adding that he planned to have his burly Knesset puppet David Amsalem open a Roy Cohn-esque probe of NIF, which he said “endangers Israel’s security and future.”

Don’t get me wrong. I understand where much of this comes from. Jews of all ethnicities bear the scars and the genetic memory of every manner of heinous racism, up to and including genocide.

It’s all too true, at the same time, that in a tragic given of human nature, the abused is at great risk of becoming an abuser.

In the case of Zionism, can the victims of anti-Semitism come to acknowledge their – our – own bigotry, our own ingrained prejudices, our own sense of superiority and entitlement, our own history of injustice to the minorities in their midst?

Until that happens, to paraphrase Ben-Gurion, it doesn’t matter what the non-Jews say, or what the UN General Assembly resolves on the question of whether Zionism is racism or not. It matters what the Jews do. And, in our heart of hearts, we all know what those who run Israel, and those who pressure them, are doing right now.

This is Israel at 70. This is Zionism as racism.