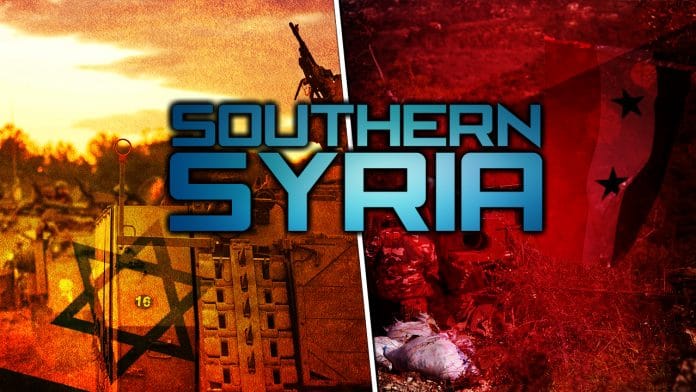 The Syrian government has reportedly deployed battle tanks and artillery guns preparing to take back the militant-held parts of southern Syria and the Golan Heights, the Israeli media says.

The Haaretz daily has even complained that Hezbollah has allegedly established a Golan regional command center claiming that a hundred of Hezbollah operatives and a thousand other local residents linked to the movement operate in southern Syria.

The Israeli leadership sees militant groups, even the ISIS-linked Khalid ibn al-Walid Army, operating in the area as a useful tool in its plan to establish a buffer zone near the Israeli-occupied Golan Heights. So, any Syrian efforts aimed at wiping out these militant groups or even a possibility of such efforts are a cause of the constant Israeli concern.

The Syrian Arab Army (SAA), Liwa al-Quds and the Palestine Liberation Army are preparing for a full-scale military operation against ISIS in the Yarmouk camp area in southern Damascus. According to reports, currently there are about 2,000 ISIS members there that pose a serious security threat to the Syrian capital.

The operation in Yarmouk will likely be started as soon as the last militant stronghold in Eastern Ghouta – the city of Douma – is liberated. A notable number of Jaish al-Islam members still remain there and the evacuation agreement between the group and the Syrian government have not been fully implemented yet because of disagreements within the Jaish al-Islam leadership. If the agreement is not implemented, the SAA will be forced to resume its military actions in the area.

Hundreds of locals from the cities of Hasakah and Qamishli have joined Syrian government forces, the country’s media reports. According to pro-government sources, the newly formed units will be incorporated into the SAA.

It’s interesting that locals from the cities, which are formally located within the area controlled by the US-backed Syrian Democratic Forces (SDF), are actively joining government forces even now when the relations between the SDF and Damascus are especially complicated.

A new anti-SDF/anti-US resistance group has appeared in the SDF-held area. The group entitled “Popular Resistance in Eastern Region” has vowed to fight the SDF and US-backed forces in eastern Syria.

Despite the claims that this group is sympathetic to the SAA, there is little known about the group and no facts can confirm its supposed links to the Syrian government. Some experts even say that the group may be a part of the wider PR campaign aimed at pressuring the US to withdraw from or reduce its forces in Syria.