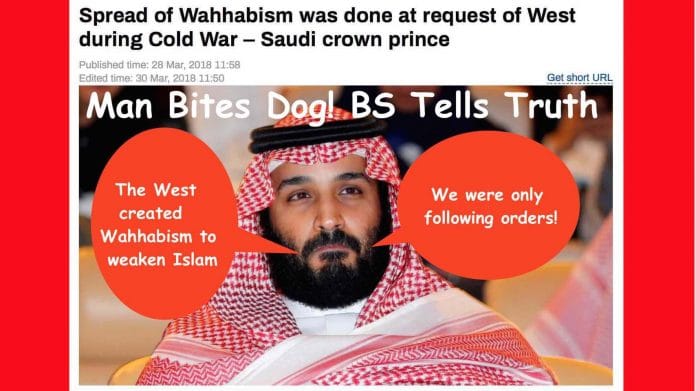 Hard truth #1: The entire Martin Luther King Jr,. family knows that the Deep State killed Dr. King, as reported in The Washington Post of all places!

Hard truth #2: The Anglo-Zionist Empire created the Wahhabi movement in general, and the terrorist wing in particular, for strategic reasons—as reported by Saudi Clown Prince Mohammed Bin Salman (BS) of all people!

We also reported the huge new study showing that  “conspiracy theorists” are not tinfoil hat wearing paranoids. Instead, this group includes a wide variety of people with many different interests. The common factor is “epistemological concerns.” People who spread “conspiracy theories” are interested in how we know what we know—and apply that curiosity to all sorts of issues, including some of the most important political issues of our time.

Watch FFWN below and exercise your epistemological muscles!