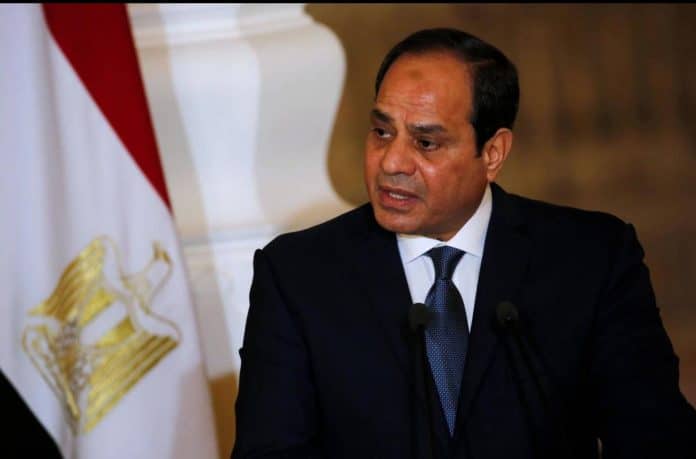 Hello! I would like to submit here my new article about the contribution of the current Egyptian President to the State Economy and its future prospects, and kindly request that you look into the possibility of publishing it on your website. If you accept my submission, please send me a link to the article on your website.

How did President as-Sisi lift the economy of Egypt?

Abdel Fattah as-Sisi was recently re-elected as President of Egypt. His victory at the election was quite predictable considering the support among the population. In April 2016, Egypt’s Baseera, the Centre for Public Opinion Research, indicated that Sisi garnered 79% approval rating.

His first term was marked by a successful economic development of Egypt. He launched a number of housing and building projects aimed at lifting the Egyptian economy to a new level and improving the demographic situation in the country.

New Suez Canal was a very ambitious project in this respect. It was inaugurated on 5 August 2014. The project included digging of a second lane, allowing for the separated passing of ships in opposite directions as well as deepening and expansion of a 37-kilometer-long section of the existing canal. It is worth noting that the new canal was opened one year later in a ceremony attended by several international dignitaries including the then French President François Hollande.

It is important to note that the new canal has already raised the country’s incomes from oil transit. Thus, the Suez Canal’s revenues surged to $4.3 billion in 2017, representing a 3.4% increase, compared to last year.

Construction of a new capital of Egypt looks even more impressive. This large-scale project was announced by Housing Minister Mostafa Mabdouly at the international economic conference in Sharm el-Sheikh on 13 May 2015. This initiative sounds reasonable considering overpopulation in Cairo and a tough demographic situation in general.

The new city is to be located 45 kilometers east of Cairo. According to the plans, the city would become the new administrative and financial capital of Egypt, housing the main government departments and ministries, as well as foreign embassies. On 700 square kilometers total area, it would have a population of five million people, though it is estimated that the figure could rise to seven million.

Khaled al-Hosseini, a spokesperson for the project, claimed that the Administrative Capital for Urban Development has finished the construction of 40% of government district and 60% of the city’s roads and bridges. It is also expected that all government bodies will move to the new capital in 1.5 years.
Apart from that, President Sisi initiated several other construction projects during his first term. In August 2014, he launched the national projects for roads, which includes 39 roads with a total length of 4,400 km. In 2016, he called to conclude slum development project to improve unsafe and dangerous slum areas. The project also included the construction of 850,000 housing units for the residents of areas with dilapidated housing and substandard services.

It is noteworthy that the economic reforms started by Sisi have already had a positive effect. In July 2017, Egypt’s annual inflation reached 33%. However, it fell to 17.1% in January and 14.4% in February. The International Monetary Fund appreciated Egypt’s reforms as well noting economic stabilization and the return on investments.