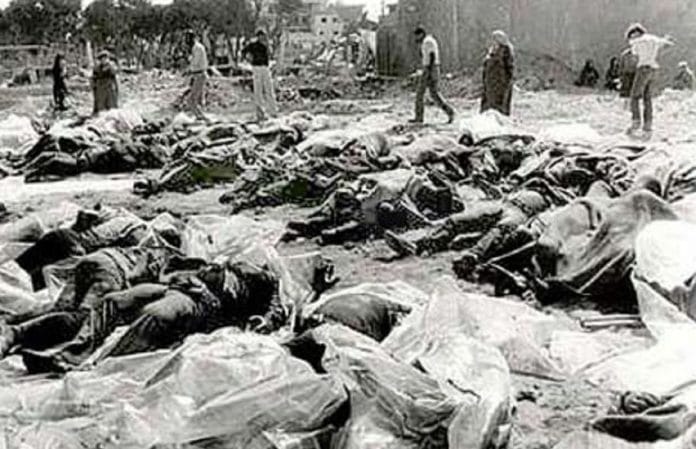 Today is the 70th anniversary of the Deir Yassin massacre, one of many committed in the vicious frenzy of the Zionists’ land grab. Here is an account of that appalling event…..

Early in the morning of April 9, 1948, commandos of the Irgun (headed by Menachem Begin) and the Stern Gang attacked Deir Yassin, a village with about 750 Palestinian residents. The village lay outside of the area to be assigned by the United Nations to the Jewish State; it had a peaceful reputation. But it was located on high ground in the corridor between Tel Aviv and Jerusalem. Deir Yassin was slated for occupation under Plan Dalet and the mainstream Jewish defense force, the Haganah, authorized the irregular terrorist forces of the Irgun and the Stern Gang to perform the takeover.

In all over 100 men, women, and children were systematically murdered. Fifty-three orphaned children were literally dumped along the wall of the Old City, where they were found by Miss Hind Husseini and brought behind the American Colony Hotel to her home, which was to become the Dar El-Tifl El-Arabi orphanage.

Part of the struggle for self-determination by Palestinians has been to tell the truth about Palestinians as victims of Zionism. For too long their history has been denied, and this denial has only served to further oppress and deliberately dehumanize Palestinians in Israel, inside the occupied territories, and outside in their diaspora.

The corpses of the Dier Yassin massacre

Some progress has been made. Westerners now realize that Palestinians, as a people, do exist. And they have come to acknowledge that during the creation of the state of Israel, thousands of Palestinians were killed and over 700,000 were driven or frightened from their homes and lands on which they had lived for centuries.

9 April 1948 was before the state of Israel was declared. But already atrocities were being committed as Jewish militia and terror gangs tried to seize as much key territory as possible, overrunning the boundaries set out in the UN’s 1947 Partition Plan. 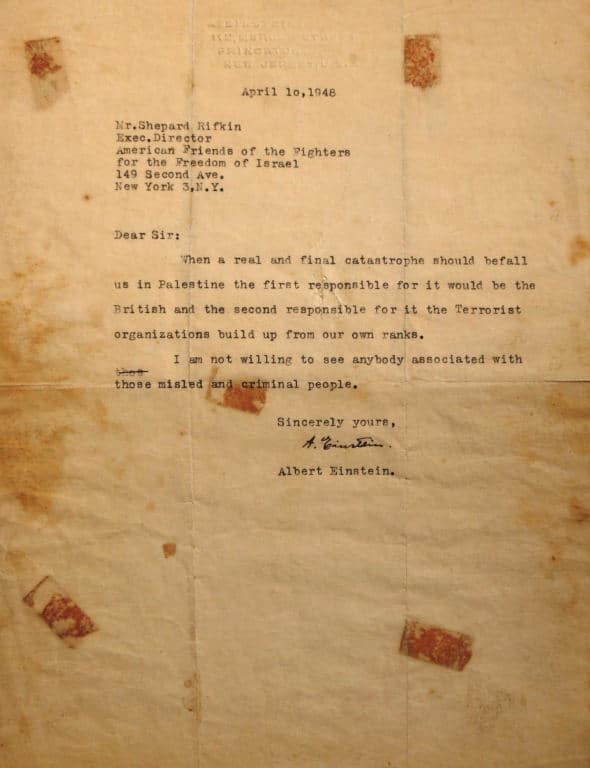 The next day Albert Einstein penned this letter to the director of American Friends of the Fighters for the Freedom of Israel which raised money to support Jewish terrorists such as the notorious Stern Gang and had tried to solicit Einstein’s help.

In it Einstein blames responsibility for the coming catastrophe on the British and the terrorist organisation from the Zionist Jews’ own ranks, saying he would not see anyone associated with those “misled and criminal people”.

Which goes to show that you don’t have to be a genius to know who caused the current misery and strife in the Holy Land.