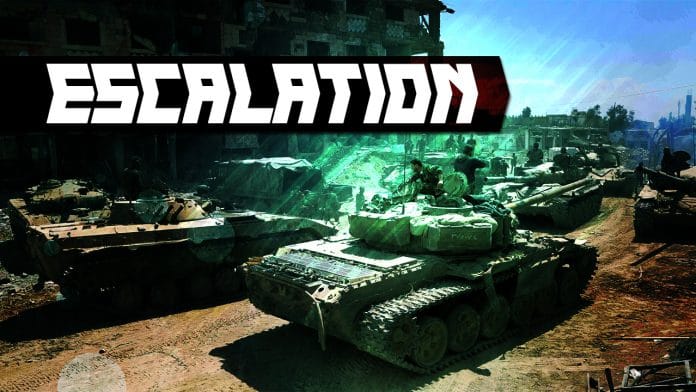 Another chemical attack story is developing over Syria putting the war-torn country on the edge of a new regional conflict.

On April 5, Jaish al-Islam, the group which controls the last militant-held town in the Damascus suburb of Eastern Ghouta, broke the previously reached reconciliation deal with the Syrian-Iranian-Russian alliance and refused to withdraw its forces from Douma to the Turkish-occupied town of Jarabulus in northern Syria. The evacuation of civilians, sick and injured people from the region was also sabotaged.

In the period between April 5 and April 6, Jaish al-Islam leadership rejected all proposals to resume implementation of the agreement and refused to back to the negotiations table. According to the Russian military, the group has even killed three own commanders involved in the negotiations on the peaceful surrender.

These commanders were identified as “Abu Hamam” – the head of Jaysh al-Islam political office in Duma district, “Abu Ali” – the secretary of Jaysh al-Islam leader Essam al-Buwaydhani and “Abu Omar” – the financial administrative of the armed group.

In the evening of April 6, the Syrian Air Force started a bombing campaign targeting fortified positions, weapon depots and HQs of the militant group in the Douma area.

On April 7, the Syrian Arab Army (SAA), the Tiger Forces and their allies launched a ground assault on militant positions east, south and southeast of Douma and even entered the town.

A few hours after the start of the ground operation, the Jaysh al-Islam-linked news agency Kumait accused government forces of conducting a chemical attack. The pro-militant media outlet claimed that 15 civilians had been affected with some toxic gas in the area of Duma.

By April 8, the chemical attack story had reached major mainstream media outlets and with help of so-called “rescuers and medics” from Douma, mostly members of the notorious pro-militant propaganda organization White Helmets, the number of the alleged civilian casualties had grown to 50-70 killed and 500-700 or even 1000 injured.

The US State Department reacted to the story by saying that if reports are confirmed, the US demands an “immediate response by the international community” and claimed that Russia “ultimately bears responsibility for these brutal attacks.”

US President Donald Trump ignored the words “if confirmed” and blamed “President Putin, Russia and Iran” as well as “Animal Assad” for the alleged attack.

The Syrian government rejected all allegations of being responsible for the alleged incident. The Russian Defense Ministry also denied “these claims” and announced its readiness “to send Russian experts in radiation, chemical and biological defense to Douma after its liberation from terrorists.”

The Russian Foreign Ministry described the chemical attack reports as “hoaxes” and warned that any foreign military actions against Syria over “fabricated” reports of chemical attacks may lead to the “gravest consequences.”

Meanwhile, Jaish al-Islam failed to repel the SAA attack and was once again forced to accept a withdrawal deal, which will be reportedly implemented within 48 hours. Under the deal the militants will have to depart the town towards militant-held areas in northern Syria.

Despite this, the situation remains tense as recent events on the international arena have shown that the so-called West, first of all the US and the UK, need little evidence or facts to blame somebody for something and are ready to make aggressive actions justifying them by barely confirmed allegations.