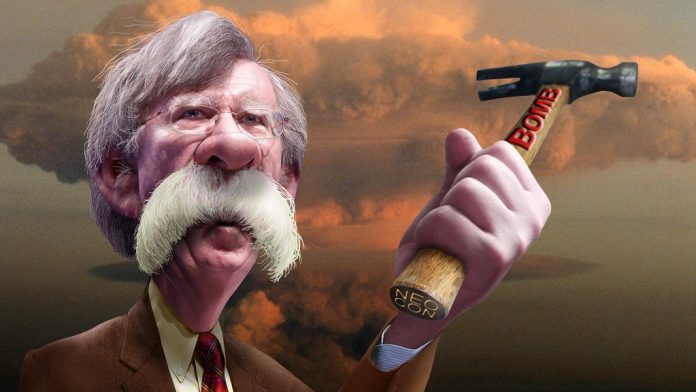 ‘I give you 24 hours to resign’: 1st OPCW chief on how John Bolton bullied him before Iraq War

[ Editor’s Note: John Bolton has a deep closet profile as the classic bully American, the kind the whole world hates, and should. But he is proud of it.

Commentators are crediting Jewish-Zionist billionaire Sheldon Adelson with putting the whammy on Trump, such that if the Republicans want to be bankrolled by Shelly in the mid-term elections, he wants Bolton as National Security adviser.

Other government departments familiar with Bolton’s history are advising that the general problem with Bolton is that when has a staff position, he wants it built into a cabinet-level, policy-making position.

Why? The answer is that when the hard-core Jewish lobby backs national politics, they are actually backing Israel’s national politics; and their insurance that an extra form of payment will be received is to have their proven key people put into these top slots.

Never discussed, other than at places like VT, is that the Israeli Lobby likes to have at least a handful of their operatives with top-secret security clearances, and the gold standard there is getting access to the daily top briefings.

While Israeli espionage continues to work from the bottom up here, getting their hooks into the top security clearances, including those in Congress, is serious business to them.

You can be assured that when Democrats and Republicans are going through turnovers of key committee chairmanships, the Jewish Lobby people and major donors are brought into that process.

This is a well-known outrage; and another case where American investigative journalists have chosen never to mention a word about it.

Many claim that is due to the same Lobby making sure our press is also compromised when it comes to Israeli Lobby issues. So far, no one has been able to propose a plan to turn this around… Jim W. Dean]

The first OPCW chief, who tried to bring Iraq and Libya into the organization, told RT how US foreign policy hawk John Bolton threatened him over his refusal to resign prior to the 2003 Iraq War.

Jose Bustani, the first director-general of the global chemical weapons watchdog Organization for the Prohibition of Chemical Weapons (OPCW), sat down with RT and revealed how John Bolton, a Bush-era official and now Donald Trump’s pick for National Security Adviser, bulldozed the way for the 2003 Iraq invasion.

Bustani, a Brazilian diplomat, led the organization from 1997 until 2002, when he was ousted after falling out of favor with the US. At the time, he was trying to convince Iraq and Libya to join the organization, meaning that the two countries would have been obliged to dispose of all chemical weapons, if they had any.

He said that according to reliable intelligence he had as director-general, “it was obvious that during the first Iraq War everything had been destroyed [by Iraq],” and there was “nothing left for Iraq to be accused of possessing chemical weapons.”

In 2001, OPCW inspectors examined Iraqi facilities, and it was “a successful operation,” after which Bustani’s informal dialogue with the Iraqis and Libyans about joining the organization made a breakthrough, he recalled.

But diplomatic efforts and peacemaking did not sit well with Washington, because “they had plans already to take some action – military action – against Iraq,” Bustani claims. Shortly afterwards, the Bush administration began to aggressively lobby for his removal, and it became “a tragic story” for him, he said. 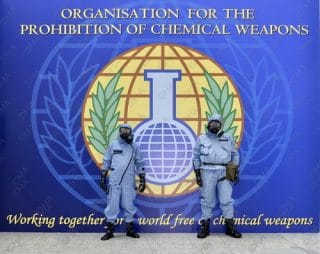 “I got a phone call from John Bolton – it was first time I had contact with him – and he said he had instructions to tell me that I have to resign from the organization, and I asked him why,” Bustani told RT. “He said that [my] management style was not agreeable to Washington.”

He resolutely refused to resign, only to see Bolton again at OPCW headquarters in The Hague several weeks after the phone conversation. “He came to my office and said: ‘You have to resign and I give you 24 hours, this is what we want. You have to leave, you have to resign from your organization, director-general.'”

Bustani said he “owed nothing” to the US, pointing out that he was appointed by all OPCW member states. Striking a more sinister tone, Bolton said: “OK, so there will be retaliation. Prepare to accept the consequences. We know where your kids are.”

According to Bustani, two of his children were in New York at the time, and his daughter was in London. He told Bolton: “My family is aware of what’s going on, so [they’re] prepared to face consequences.” The reply shocked Bolton, who then left the office.

On April 21, 2002, a special meeting was finally held in The Hague, and Bustani’s removal was carried out by a vote of 48–7, with 43 abstentions. The diplomat said those who abstained were from developing countries, and that his own government in Brazil “left me behind.”

Bolton, who was Under Secretary of State for Arms Control and International Security in the Bush administration from 2002-2004, and ambassador to the UN, “has prejudices, he made a number of announcements that are worrisome,”including on North Korea, Iran, and Syria.

The latter is critical, Bustani says, “because it could be a new Iraq with much more serious consequences with impact on the whole Middle East today.

“And I believe that, as a result of the Iraqi invasion, for example, you have today Daesh [Arabic acronym for Islamic State (IS, formerly ISIS)] and… different fanatic Islamic movements” tearing the region apart.