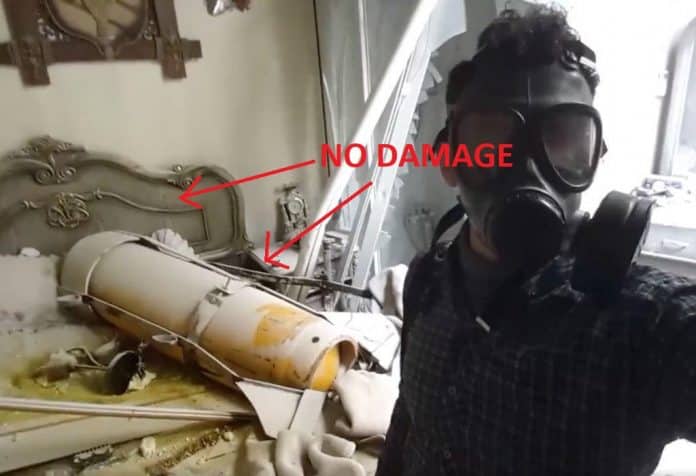 [ Editor’s Note: The worm might have finally turned this week on the pending Syrian attack due to a number of factors, some visible and some behind the scenes.

Germany, which was quick to jump on board the “bomb Syria” train early on without the slightest proof of Damascus involvement, has now been followed by Italy in backing out.

The Brits of course would never pass on a chance to relive the thrill of being an aggressive colonial power so Brits can enjoy their growing poverty better.

General Mattis’ comment below about concern for the deaths of innocent Syrians is of course a complete fraud, because he certainly is intimately aware of the US coalition’s chemical weapons assistance to the Syrian jihadis, something that is a serious felony requiring imprisonment for everyone involved.

Despite concern for innocent Syrians dying, Mattis had nothing to say about the murder of unarmed Gazan protesters by the IDF, when the IDF deserved to be bombed by the US military for crimes against humanity.

We do not know if Assad played his captured US-Coalition, chemical weapon officers’ card –meaning that if a US-Coalition missile assault occurred, he would make their photos, IDs and interrogation reports public. VT feels that the only feasible rationale for Assad not already exposing the evidence would be to use it as a threat to forestall a missile attack.

While VT’s reporting on these captured people did get wide reader exposure, corporate media again would not touch it.

The OPCW people getting into Syria yesterday also changed the dynamic. If the US bombed, and then their report came out debunking the US “unverified” claims, the hoax would be exposed.

It would include the part media played, and how both military and civilian US Intel obviously knew it was a hoax but went along with it anyway. Guilty people tend to not want to be exposed, especially for aiding and abetting terrorism.

Congress would be in a tight spot not to investigate (even the usual make-believe investigation) how a “mistake” like this could have happened, as that would put on display who all the “influencers” were. It would be better to lose this current hoax battle and live to fight another day.

And last, the Republicans are back on their heels with their political fortunes. The rash of announced retirements from their ranks, many not wanting to go down to defeat in November was a political earthquake, along with the Democrats recently picking off some elected positions in states Trump won in November 2016.

Add to that the possibility that Congress might have Mueller sending a report requiring Trump impeachment proceedings, and you begin to see their concern for not wanting to get into a “cup runneth over” scenario.

As always, saving their own hides long term is more important that one more false flag attack, which can always be done later. As Gordon does so love to say, “Welcome to the way the world really works … Jim W. Dean ] 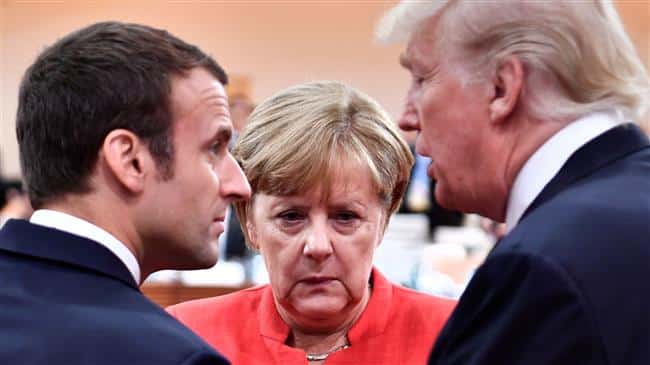 The US president has refused to act on his ostensibly earnest threats of a militant action against Syria in response to an alleged chemical attack there as major European powers say they will not be joining Washington.

Donald Trump recently issued multiple threats of an imminent military action against Syria over the alleged attack against the town of Douma in the countryside of the Syrian capital, Damascus.

Also on Thursday, German Chancellor Angela Merkel told reporters in Berlin that “Germany will not take part in military action.”

Trump’s threats likewise prompted warnings of retaliation from Moscow, with Russian Ambassador to the United Nations Vassily Nebenzia saying he “cannot exclude” the possibility of direct Russo-American military confrontation in case the Arab country was attacked

AFP reported on Friday that Western powers were hesitant whether to launch a wholesale joint offensive in response to the alleged gas attack.

“No final decision has been made,” White House Press Secretary Sarah Sanders said after Nebenzia cautioned “the immediate priority is to avert the danger of war.”

US Defense Secretary Jim Mattis also struck a cautious note, telling lawmakers that the need to “stop the murder of innocent people” had to be weighed up against the risk of things “escalating out of control.” He also said that Washington was committed to an on-again-off-again UN-brokered dialog between the Syrian government and opposition in Geneva.

Despite siding with Trump on the matter, Macron, meanwhile, said France would “in no way allow an escalation.”

Britain has also refused to act on Prime Minister Theresa May’s earlier threat that strikes could begin as early as Thursday.

Following an invitation from Damascus, inspectors from the Organization for the Prohibition of Chemical Weapons (OPCW) are expected to arrive in Syria over the weekend to investigate the reported attack.

The Syrian government surrendered its stockpiles of chemical weapons during a process monitored by the OPCW in 2014.