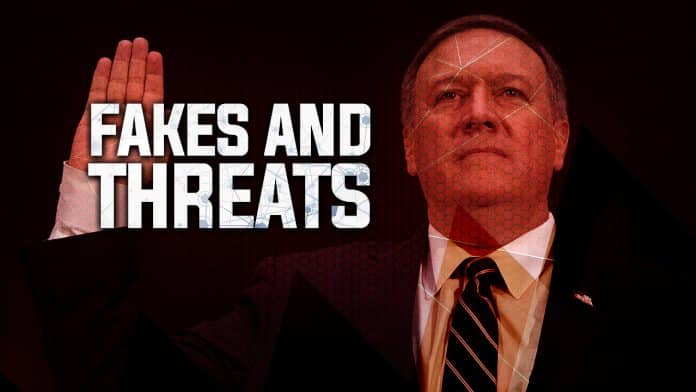 On April 12, a first group of OPCW inspectors arrived in Syria in order to investigate the alleged chemical attack in the town of Douma which took place on April 7. Earlier, Syria’s UN ambassador Bashar Jaafari welcomed the OPCW investigation committee and revealed that the Syrian government is expecting a second group of inspectors to arrive on April 13.

The arrival of the OPCW inspectors in Syria may delay the expected military actions of the US and its allies.

On April 12, US Defense Secretary Jim Mattis revealed that no decision had yet been reached by President Donald Trump about a strike on Syria. Mattis added that the US is still waiting for evidence of the alleged chemical attack. Besides this, the Defense Secretary accused Syria and Russia of undermining the investigation ignoring the fact that Moscow and Damascus had been the initiators of the OPCW investigation mission for Douma.

Mike Pompeo, the CIA director nominated to be US Secretary of State, claimed that the US had killed up to 200 Russians in airstrikes conducted against forces loyal to Syrian President Bashar al-Assad in the Euphrates Valley in February.

“In Syria, now, a handful of weeks ago, the Russians met their match. A couple hundred Russians were killed,” Pompeo told lawmakers during his confirmation hearing in Washington.

The US-led coalition carried out strikes on Syrian government forces on February 7. Since then multiple media outlets and “experts” have speculated that “hundreds” of “Russian fighters” were allegedly killed in the strikes. However, the numbers provided appeared to be a part of coordinated media campaign and were not confirmed by any evidence.

The April 12 remarks by Pompeo were the first public statement of a US top official claiming that these rumors are true. Syrian experts already described Pompeo’s claims as another propaganda stunt showing the growing tensions between the US and Russia over Syria.