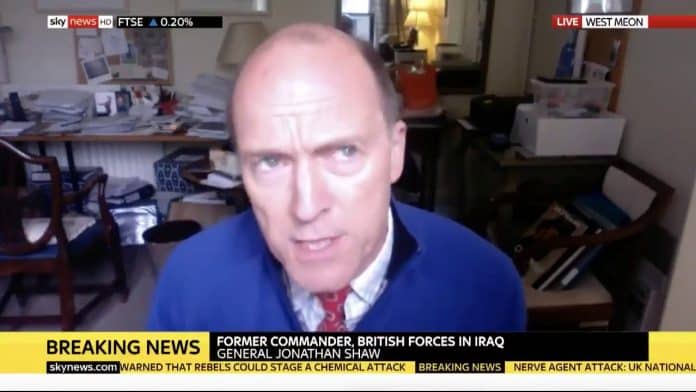 In 2014 Sky owner and media mogul Rupert Murdoch won the ADL Award. The honour was clearly awarded  for a reason. On occasion, Sky changes itself into a state propaganda service. The video above shows such an event . Sky crudely cut off the former commander of the British Armed Forces, Jonathan Shaw, as soon as he went ‘off script’ by suggesting that the Syrian regime couldn’t have been behind the Douma gas attack. General Shaw attempted to point out that chemical warfare is a desperate act, not something you would expect from the Assad regime that has basically won.

If you have just 60 seconds watch this brief video.

Before yesterday, I had not believed that America would be foolish enough to lead an attack on Syria. My rationale was simple. The Russians have recently deployed their most sophisticated, yet untested, S-400 air defence system in Syria. The Russian S-400 is designed to intercept  America’s 1970’s technology Tomahawk cruise missiles. I thought that it could be a fatal blow to America and to NATO to be in a situation in which many of its Tomahawk Missiles targeting Syria were downed by a Russian anti aircraft system. I was pretty sure that American military leaders wouldn’t take such a risk and certainly not for Israel. I was wrong. America, Britain and France did take that risk. According to the Russians and the Syrians most of the cruise missiles were downed. If Syria and Russia are telling the truth, NATO is an obsolete military joke. Maybe we should actually thank Israel for bringing this all to light. 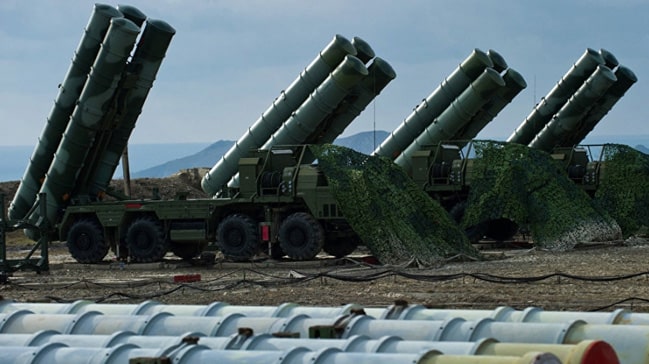 Israeli press reported last week that in a telephone conversation PM Netanyahu and President Trump grew tense over Trump’s announced intent to withdraw US forces from Syria. We know that Israel has been distressed by Assad’s victory. Israel can’t bear the alliance among Hezbollah, Iran, Assad, Turkey and Russia that is happening on its northern border.  Israel has openly announced its refusal to allow Iran to gain  momentum in Syria.

Israel wanted to see someone, like the USA and NATO, to get involved in escalating the opposition to Assad. So it is not exactly surprising that that the three countries that were willing to provide what Israel wanted are the three countries notorious for their forceful and hawkish Jewish lobbies. In the USA, AIPAC’s domination of foreign affairs has been the subject of extensive academic research. In Britain 80% of the Tory MPs are members of the belligerent Conservative Friends of Israel and in France the CRIF (Representative Council of Jewish Institutions in France) is known to be the most forceful body in the land.

Earlier this week it seemed as if WW3 might be close. No careful observer of the Middle East could miss that Israel and its supportive pro war lobbies have been, somehow, at the center of all of it. But now it seems that Israel and its lobbies have pushed America, Britain and France to act against their own national interests. This morning, following the recent criminal, yet futile, attack on Syria it is clear that NATO isn’t exactly a military powerhouse. It is a decaying Zionist tool.  It is not ready for a war.  For the time being WW3 has been  postponed. I guess we can at least be grateful to Israel for that.