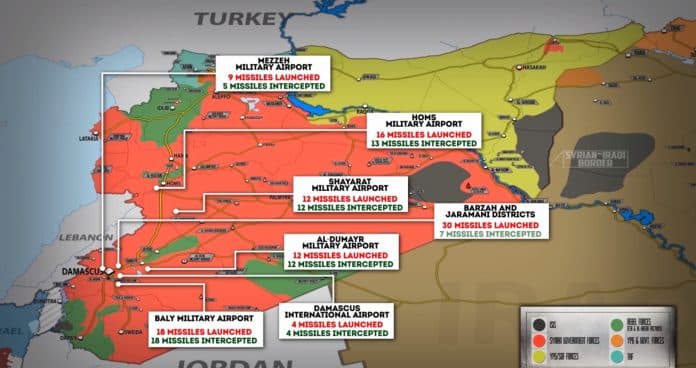 On April 14, the US, the UK and France launched a joint massive strike on Syria justifying their actions with the alleged use of chemical weapons in Douma on April 7.

According to the Russian Defense Ministry, the Syrian Air Defense Forces shot down 71 of 103 missiles launched by the US-led bloc.

The Pentagon rejected reports that Syrian forces had intercepted something saying that the US and its allies “successfully hit every target”.

According to this version, the US launched 105 missiles at the alleged “chemical weapons” facilities of the Assad government.

The situation is developing.