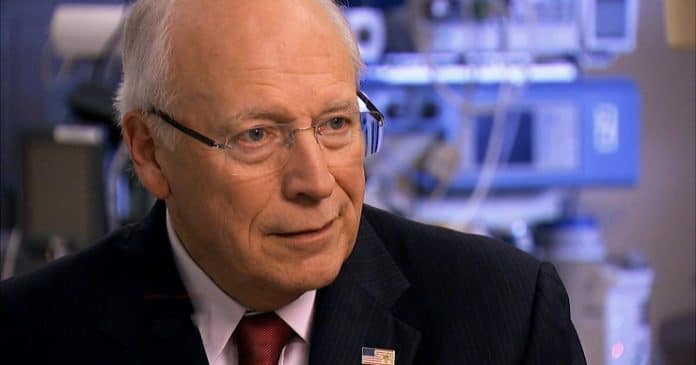 [ Editor’s Note: We have published a lot of material on VT over the years, but seldom what you are about to read.

The situation to inspire it was watching our own country, we know the US and other countries are actively engaged in using chemical weapons, like the events below, but in this new way of working with terrorists to stage real and false chemical attacks to blame the Assad government.

So far they have gotten away with it, the US, Britain, France, the Saudis and the Israelis. While the East Ghouta hoax attack was already being deconstructed and exposed as a fraud via the independent journalists already there, the FRUK-US coalition was already threatening more attacks, on what will be more staged real or fake attacks.

So Gordon decided that now was the time to take you down the Yellow Brick Road to the Wizard of Oz land, by attempting to pull together a consensus on who and what the Deep State really is.

Why? Well we are finding as many definitions for it as there are “independent journalists”, plus the Intel effort in play to overuse the term to an extent and with so much confusion as to what it is, that the public will eventually tune it out. This play has been made before.

We are also concerned at the brazenness of the “two-fer” hoax chemical attack of the Skripal event, where Britain itself is the number one suspect among the old Cold War Intel crowd.

That was poorly designed and planned, failing right from the beginning with there being no motive, and that obviously, national intelligence agencies do not do political assassinations with chemical weapons. The Brits are off their game.

The same goes for East Ghouta, where no motive existed for Assad or the Syrians; and VT and others had already reported on the extensive support the US coalition had given to the jihadis in their chemical weapons efforts. The SAA is sitting on quite a pile of captured equipment and nasty stuff.

But without further ado, I will let Gordon take you where no modern journalist has ever gone before. It is not a pretty story, but it is time it was told … Jim W. Dean ]

After 9/11, the Bush administration in Washington restructured the United States. Few noticed the real goal of “privatization” of military, intelligence and even basic roles of judiciary, police and governance oversight. It was sold under the guise of “neo-conservatism.”

The story here will be new, not just to basic readers interested in world affairs or “conspiracy theory,” but new to too many in governments around the world who saw it happen, failed to comprehend and now find themselves awash in a world controlled by a Deep State that has “ambushed” the entire world. We begin.

The current US occupation of Northern Syria and its multifaceted aspects is a model for Deep State operations. There are public or rather “admitted” aspects, and there are Deep State aspects as well, which tell a story that can’t be ignored.

If the US can aid the Kurds in the conquest of their Arab neighbors and set up a base of operations for US policy in the Middle East – yes, we mean “continued war,” bad as that sounds – then this is the overt or “admitted” goal.

The US has been open about continued war and taking down Iran, Syria and pushing for renewed control of Iraq. This is unquestioned and follows any number of long-term operational goals described as globalist or neo-colonial. There is also the school that describes it as Zionist in service of “Greater Israel;” all are correct to an extent, if one is to take what is shown and never look further.

To move forward, there is going to have to be a general agreement on what the Deep State really is. Obviously, it is power and its goal is war, destabilization, exploitation, debt slavery and human suffering, that is inexorable.

What is not obvious is that the real Deep State is the author or rather parent of all conspiracy theories itself, the controller or parent of all opposition and the Master of Information, all information – all forms, all origins, all culture, all news, everything. 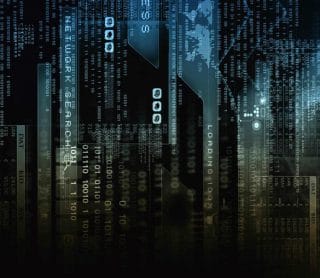 The Deep State decides who is smeared, who is famous, who goes to jail, who is invaded, who is murdered, how the stock markets work, and if our sources are correct, when acts of terrorism and mass murder occur, when planes crash, even when natural events such as those that lead to the untold nuclear terror that Fukushima released, simply “happen.”

We are also told that fake conspiracy theories are created and that some events are staged simply to distract the public, while a broader plan of world dominance moves forward quietly or noisily or entirely unreported and unnoted, if the Deep State desires.

As for defining, we can not establish a birthday for the Deep State but rather times when events passed beyond the realm of coincidence or simple determinism.

When William of Orange invaded the British Isles in 1689, it became clear that the old Britain had come to an end and that a continental power that would use Britain as a base of operations against the world itself had come into being.

As is so often the case, with “William III” came a central bank of “continental” ownership, a sea of debt and paper currency. In fact, the European invasion represented by William was “legalized” as a debt collection for loans the House of Stuart had taken to finance its survival in externally manipulated civil wars, like the color revolutions of the day.

The nearly 3,000,000 guilders the Stuarts borrowed, they got from the Deep State, even then, the precursor of events that would hand the “enforcer” mantle to the United States.

This happened in 1913, when President Wilson, in direct contravention of America’s constitution, accepted a European-owned central bank to control currency and debt. That debt today is $21,000,000,000,000; and from that date forward, America increasingly became both less democratic and more centralized, more militarized and the “policeman of the world” on behalf of the same banking families that financed William III’s invasion of England in 1689.

Taking the clock forward to 9/11, we enter a new level of audacity. What we write here will not have been seen, will be known by few and will answer some important questions that most likely are only asked in private and at the highest levels. 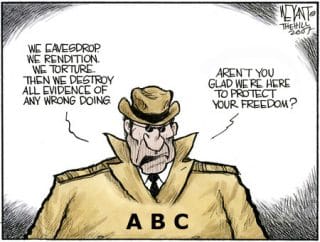 The coup, as we are describing it, in 2000, had its roots in an unnamed conspiracy. There was no Deep State, not one discussed, only groups like the “Illuminati” or “Skull and Bones” or the “Freemasons” or the “Rothschild” banking house.

Americans chased their own tales looking at the military industrial complex or the Israel lobby that began dominating Washington under the Reagan Administration and its love affair with “Christian Zionism” and similar religious heresies.

The picture became clearer, however, as the Soviet Union fell apart and trillions in assets fell into the hands of the Deep State, creating what some analysts, whose names will never be told, see as a watershed in world events.

Suddenly hundreds of nuclear weapons hit the market, trillions in cash and tens of thousands of the most hardcore criminals in the history of the world became the powerbrokers of London, Moscow, Tel Aviv and New York.

No government could stand against them; they began buying intelligence agencies, the world’s media outlets and, from that day forward, all news, all history, all “truth” was fake, everything fake – as it is today, all fake, all illusion.

From a military standpoint, one move stands out. It was the cabal of Cheney and Rumsfeld, prime Deep State operatives, as Vice President and Defense Secretary under moronic George W. Bush, that “offloaded” as it were, the command structure of the Pentagon.

There had long existed the Joint Special Operations Command. No one knew what it was; it didn’t matter much anyway until Cheney brought it under his personal control and empowered it, without approval or legal foundation, to command America’s military operations.

Under the guise of post-9/11 secrecy and compartmentalization, a similar “fake command” took over the CIA, first analysis, then operations and eventually all policy decisions as well.

As the Russian cash began to dry up, the 9/11 cash, from many sources, $3 trillion looted from the Pentagon and the river of cash from the newly entrenched Afghanistan opium/heroin operation the US brought with them when they put the drug lords of the Northern Alliance into power in Kabul, kept the Deep State “flush” with cash.

Even more was made during the 2007-8 economic “pump and dump” that bankrupted America’s largest corporations and destroyed 60% of the wealth of America’s middle class.

Upwards of $40 trillion in assets moved offshore then, some expressed as “debt” laundered through the Federal Reserve Bank of New York and the Royal Bank of Scotland, but most simply through bonds and equities that were shorted, devalued and “exported” to the Deep State.

When the American people elected Barack Obama president in 2008, the White House changed occupants, but power remained with the privatized Deep State that still controlled the CIA, the Pentagon, the US Supreme Court and the legislative branch of government.

America had ceased to exist and became what Americans were told it was by a fake media and the algorithms that channeled “personally prescribed” disinformation to a world enslaved by “devices.”

As we return to Syria of today, an American military that openly supplies ISIS and stages poison gas attacks, all honorable men, all graduates of service academies, their chests laden with the glitter that is bestowed on those who embrace moral relativism, we see the rockets fly.