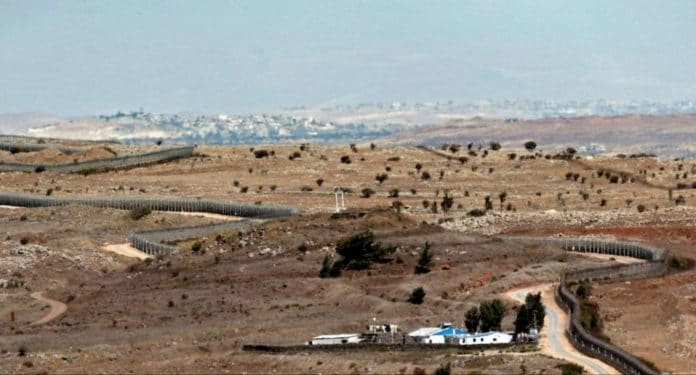 It is well known that Israel has been supporting the so-called opposition operating in Syria in order to overthrow the legitimate government of Bashar Assad since the very beginning of the Syrian crisis in 2011. Another Tel Aviv’s goal here is to gain full control over the Golan Heights which Prime Minister B. Netanyahu is currently using to provide the militants from Syria with weapons.

Besides, the fighting jihadists striving to break the war-torn country are receiving medical care in Israeli hospitals. “Israel has been always stood by our side in a heroic way,” confirmed Moatasem al-Golani, the spokesman for the rebel group Liwa Fursan al-Joulan also known as Knights of the Golan. “We wouldn’t have survived without Israel’s financial assistance, food and weapons supplies.”

To be noticed is that the Israel Defense Forces have set up special paramilitary training camps, both in terms of imparting military, paramilitary and terrorist skills and as an opportunity for radical indoctrination. According to Inside Syria Media Center’s military correspondents on the ground, the Israeli military has been providing weapons and ammunition as well as intelligence support and a full-scale air support.
Thus, Israeli AF (IAF) have carried out more than 100 airstrikes on Hezbollah and the Syrian Arab Army’s positions. Moreover, the IAF have intensified their activity by conducting an air attack on the Syrian airbase T-4 on April 9, and also on the Ash-Shayrat and Ad-Dumayr air bases on April 17, 2018.

Furthermore, there has recently appeared new evidence of Israel’s increasing supplies to the radicals affiliated with the Free Syrian Army (FSA). This assistance mainly consists of providing arms and weapons as well as money to buy ammo at the black market.
Local activists report that in late March – early April the contacts have intensified between the Israeli intelligence officers and the representatives of the Syrian armed groups acting in the area of Israeli-occupied Golan Heights. The Israelis handed over to the militants some bags, boxes and cases, contents unknown, probably ammunitions, medicine and food rations.

We may propose it was the next batch of the so-called help to the Syrian militants controlled by Israel. Tel Aviv, thus, seeks to maximize the support in order to get them ready for an offensive of the Syrian troops and Lebanese Hezbollah in the south of al-Quneitra Governorate.

Obviously, by supplying opposition groups in southern Syria, Israel aims to block and sabotage not only the peaceful settlement of the conflict but also the demilitarization of the Syrian-Israeli border in the Golan Heights in accordance with Agreement on Disengagement between Israel and Syria.