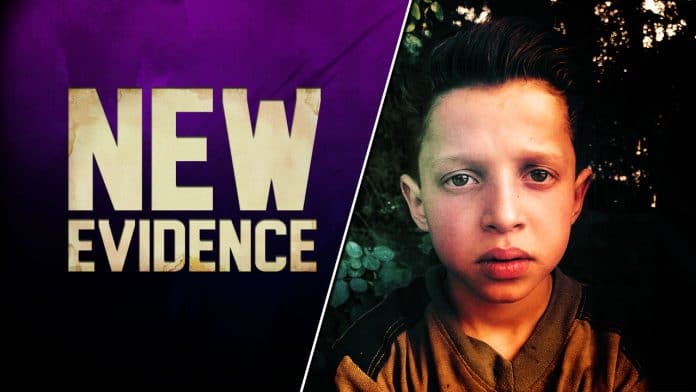 A group of Russian correspondents led by Evgeny Poddubny has found a boy filmed by the White Helmets in their video showing people “affected” by the alleged chemical attack in Douma on April 7.

Poddubny also contacted Hassan’s father – he also said that there was no chemical attack in the town.

The April 7 case was not the first time when the White Helmets and other pro-militant organizations used kids for propaganda purposes. During the battle for Aleppo in 2016, a photo of Omran Daqneesh after alleged strike by Russian warplanes became popular in the mainstream media (MSM) and then was used in a wide-scale campaign against the Syrian-Iranian-Russian alliance’s operation in the city.

After the liberation of Aleppo, Omran’s father accused militants of using his son as a propaganda tool and praised efforts of the Syrian Arab Army (SAA) to liberate the city.

Another widely known case is Bana al-Abed, that thanks to the MSM, became a popular twitter blogger constantly accusing the SAA of civilian casualties and other crimes during the operation to liberate Aleppo. De-facto, her content was one big accusation against the SAA.

The only problem is that Bana was almost unable to speak English in 2016 and her account was run by her mother, according to a later version designed to explain how the girl was able to produce all that text and video content.
Russian journalists are not alone in finding no evidence of the chemical attack allegedly conducted by the Assad government.

Pearson Sharp, a reporter of One America News Network also visited the city and found that all the locals say that the chemical attack had been fabricated by militants. Robert Fisk, a Middle East correspondent of The Independent, also visited the site and found no evidence of the attack. However, such reports from the ground face a strong criticism by or ignorance in the MSM.

On April 18, the SAA and the Tiger Forces launched a military operation against militants in eastern Qalamoun. Government troops advanced near the town of al-Ruhaybah and captured the Hawash area.

The advance took place as militants in al-Dumayr are surrendering their heavy weapons and preparing for evacuation. According to the state-run media, about 1,500 militants and 5,000 members of their families will withdraw towards Jarabulus.

The situation in the Rastan pocket was stabilized as the SAA and local militants reached a temporary ceasefire and agreed to re-launch negotiations on a reconciliation deal.