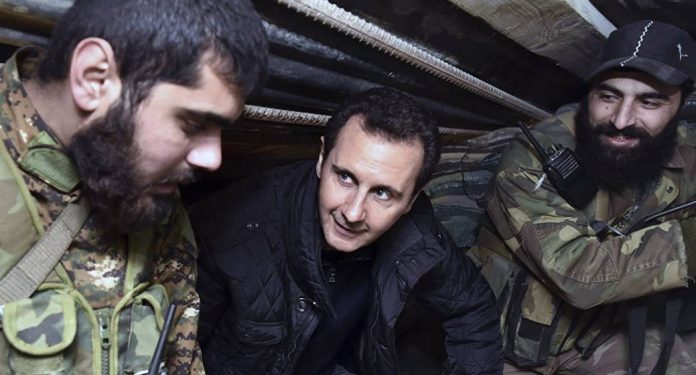 Editor’s Note:  The embargo on reporting even statements by members of congress by the MSM is humiliating.  Give us back the days when  we could pretend America had honor.

On Thursday, US Congressman Thomas Massie announced that the US director of national intelligence, the defense secretary and the secretary of state had “provided zero evidence” showing Syrian President Bashar al-Assad used chemical weapons against the Syrian people in Douma.

“In briefing to Congress, DNI, SecDef, and SecState provided zero real evidence. Referenced info circulating online. Which means they either chose not to provide proof to Congress or they don’t have conclusive proof that Assad carried out gas attack,” Massie, a Republican representing northern Kentucky, said in a tweet.

“Either way, not good,” the lawmaker concluded. 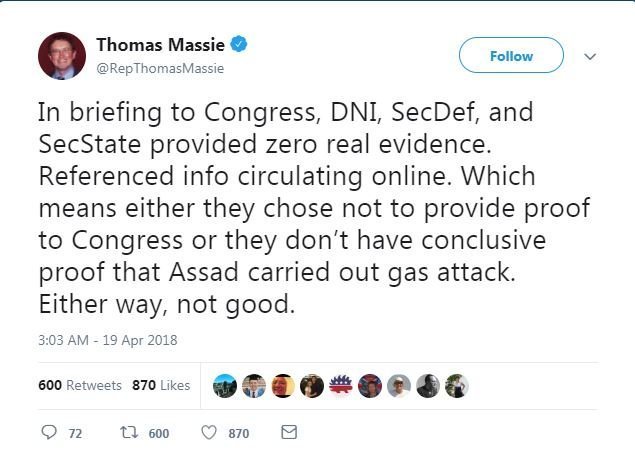 ​On April 13, Massie asserted, “I haven’t read France’s or Britain’s ‘Constitution,’ but I’ve read ours and nowhere in it is Presidential authority to strike Syria.”

Massie, an engineer by training, is not alone in this assessment. International law professor Francis Boyle told Radio Sputnik’s Loud & Clear the strikes on Syria violated the war powers clause of the US Constitution, the War Powers Resolution of 1973 and the Charter of the United Nations.

Senator Rand Paul, also a Republican representing Kentucky, said earlier this week, “I still look at the attack and say, you know, either Assad must be the dumbest dictator on the planet — or maybe he didn’t do it. I have yet to see evidence that he did do it.”

The US government has not been forthcoming with its evidence about the so-called chemical attack in Douma that served as a pretext for missile strikes last Friday. When asked if the government has actual samples from Douma showing lethal chemical agents were used, US State Department spokeswoman Heather Nauert said Tuesday, “I can’t comment on that.”

And last Thursday, the day before the joint US-UK-France attack, Defense Secretary James Mattis explained, “I cannot tell you that we have evidence, even though we had a lot of media and social media indicators.” The US and its allies maintain that the Douma incident was a chemical attack but Moscow considers it a false flag provocation. 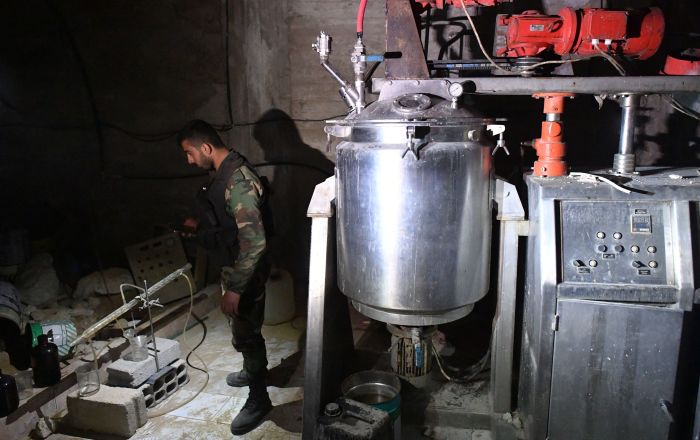