Israel is NOT a Jewish State! It’s a Zionist State! Zionism is Theology of Murder and has nothing to do with Judaism or G-D.

As Israel’s celebrate its 70th anniversary with US planning to move its embassy to Jerusalem in fulfillment of President Trump promise to AIPAC in return for funding his campaign, the Palestinian also celebrate in different way 70 years of “exile”. 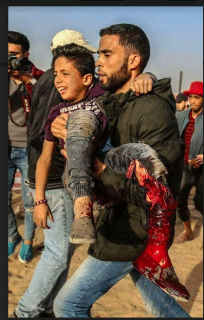 No need to state here what went wrong and how back in 47-48, but to speak of where Israel and where the Palestinian are. Perhaps a balance sheet should tell us the story.

More than 4 million Palestinians who trace their birthplace and home to Palestine( present day Israel) are now in permeant exile. More than one million Palestinians were jailed by Israel since 1948. More than 550 villages completely wiped out destroyed to make room for Israeli/Jewish towns, cities and Kibbutz. Many places of worship and cemeteries (with the Jewish Museum of Tolerance sitting on top of a destroyed Muslim cemetery) where desecrated either destroyed or turned into bars and nightclubs.

However, all of this pale to what happened since 1992 when Arafat and the PLO signed and executed Oslo Accord granting Israeli full unconditional recognition with Israel recognizing the PLO as the sole legal representatives of Israeli Occupation with the Palestinian people. 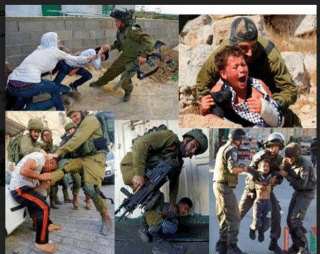 Since Oslo and in exchange for unconditional loyal service to the Occupation even funding it, Israel on the other hand rewarded the Palestinians with the followings:

Not sure while the PLO continues to manage the Israeli Occupation and pays for it, while to refuses to allow people to make their own decision and rise up in a civil unarmed relentless revolution demanding nothing less than equal citizenship and rights in every parts of Palestine including present day Israel. Yes, with Jerusalem, united and open capital of Israelis and Palestinians.