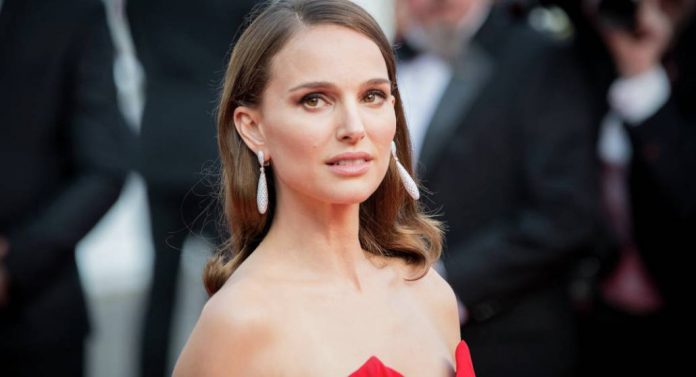 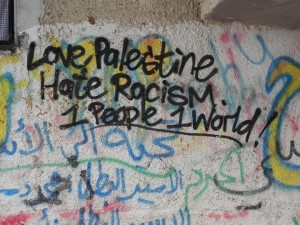 [ Editor’s Note: Natalie Portman, whether she meant to or not, by her action has waived the green flag to others in liberal Hollywood land to stand against the injustice to the Palestinians.

I just finished a Press TV taped segment on her stepping forward where I mentioned she had also put others on the spot in terms of their remaining silent being an endorsement of what Israel has been doing.

She was a good bookend to Roger Water’s on stage challenge in Barcelona to the illegal FrUK-US missile attack on Syria. It’s been a good week in that regard.

The Zionists had it coming, with the Likud leadership taking the offensive stating that the soldiers that were shooting unarmed “fence protesters” should be given medals. Ouch! Lieberman and Netanyahu stepped forward with their big smiles to celebrate the event.

Righteous Jews around the world were wringing their hands at the whole ugly spectacle. They knew that if anyone was shooting oppressed Jews down like this, international Jewry would be screaming for their public executions, and renting ISIS head choppers to do it.

So VT salutes Ms. Portman and gives another high five to Roger Waters. Dear Hollywood, please keep them coming. Spring is here so have no fear … Jim W. Dean ]

After the Oscar-winning actress and one of the most committed daughters of Israel refused to fetch the “Jewish Nobel Prize,” worth $2 million in Israel, due to her distress over the “recent events”, local MP demands more distress for her. Major storm on Twitter follows her decision.

MP Oren Hazan, representing the center-right Likud party in the Knesset, demanded that the Hollywood star Natalie Portman be stripped of her Israeli citizenship after she blew off the ceremony of the Genesis Prize, dubbed the “Jewish Nobel.”

“Portman has no problems exploiting her Jewish roots to promote her career as well as expressing her pride for deferring from service [in Jewish Army]. And there are respected people who thought that she deserves the award, named the ‘Jewish Nobel Prize.’ But this is ‘The End’ title: Minister [Aryeh] Deri should take away her Israeli citizenship,” Hazan posted on Twitter.

The American actress, who was born in Israel with the name Hershlag and has been known for her commitment to her Jewish heritage, initially agreed to come to Israel this June to get $2 million for being “an inspiration to the next generation of Jews” for her professional achievements; later, however, she backed out of it.

The statement of Portman’s publicist, distributed by the organizing foundation, reads that “[r]ecent events in Israel have been extremely distressing to her and she does not feel comfortable participating in any public events in Israel,” and “she cannot in good conscience move forward with the ceremony.”

The announcement doesn’t specify what exactly made Portman change her mind. But her decision followed the latest violent clashes on the border between Israel and the Gaza Strip, where the Israeli defense forces opened fire on Palestinian protesters, killing several. The move was condemned by the UN and the EU as disproportionally violent.

After Portman’s refusal, the Genesis Prize Foundation decided to cancel the ceremony, stating that the organizers “fear that Ms. Portman’s decision will cause our philanthropic initiative to be politicized, something we have worked hard for the past five years to avoid.” However, it remains unclear if the actress would still get the 2 million dollar prize.

While the Foundation said it was “very saddened” with Portman’s decision, Culture Minister Miri Regev also expressed her regret. According to the newspaper Times of Israel, she said that that the Hollywood star had “fallen like ripe fruit into the hands of BDS [the Boycott, Divestment and Sanctions] campaign supporters, whose goal is to isolate the Jewish state.”

“Natalie, a Jewish actress who was born in Israel, joins those who relate to the story of the success and the wondrous rebirth of Israel as a story of darkness,” she said.

The range of emotions on Twitter also varies from full support to anger and disappointment.

Some praise her move as a brave act.

What. Whoa.
Major major props to Natalie Portman for taking this stand.https://t.co/XXPTQfboS8 pic.twitter.com/ppFVvLa8CN

Kol HaKavod Natalie Portman — taking a stand like this is crucially important to help raise awareness and send a clear message over Israel’s human rights violations and various policies towards Palestinians, African refugees and migrants and a whole host of others pic.twitter.com/nLRigtdeKp

A different take: Good for you Natalie Portman. Thank you for your moral stand.

Israel’s message to Natalie Portman & the world: In today’s political climate, no public act of meaningful opposition to Israeli policy will be tolerated.

If you’re surprised it comes to this then you haven’t been paying attention. https://t.co/HEGXBUwLY5

It’s good to see prominent Israelis like Natalie stand up against the war crimes of their own county. Hopefully this will sway opinions, votes and then policy.

​Some slammed her for “caving in to political correctness” and expressed disappointment.

#NataliePortman and Scarlett Johansson and Israel.
One caved in to political correctness and BDS. She boycotted #Israel.
One bravely stood up to BDS pressure and Oxfam and defended SodaStream.

Who’s your favorite? Should it make a drop of difference? pic.twitter.com/OnCjuLK8z6

so so disappointed in natalie portman

This anti-semitism is NOT OKAY.
As a descendant of holocaust survivors (grandparents) I must remind everyone to never tolerate this kind of behaviour. 6 million jews died, how many does Natalie Portman want to be murdered before she is satisfied?

Perhaps you will accept a award from Iran maybe you will feel better about that award.

Natalie Portman is a typical entitled Hollyweird Libturd who knows nothing about the real world. Sad.

​Others found her not decisive enough.

Portman would have been much more effective (and courageous) had she come to Israel, accepted the prize, and spoken in Israel about her concerns. Missed opportunity. https://t.co/1xjwgonLb1

​Incidentally, the award money was doubled specifically for Portman this year. The Genesis Prize, which is to “honor individuals who serve as an inspiration to the next generation of Jews through their outstanding professional achievement along with their commitment to Jewish values and the Jewish people,” usually equals $1 million.

Those who get the prize may donate it to the charities of their choice. It was established by Russian businessmen with Jewish roots, including the banker Mikhail Friedman. The list of recipients of $1 million prize includes artist Anish Kapoor, violinist Itzhak Perlman, former Mayor of New York City Michael Bloomberg and Hollywood star Michael Douglas.