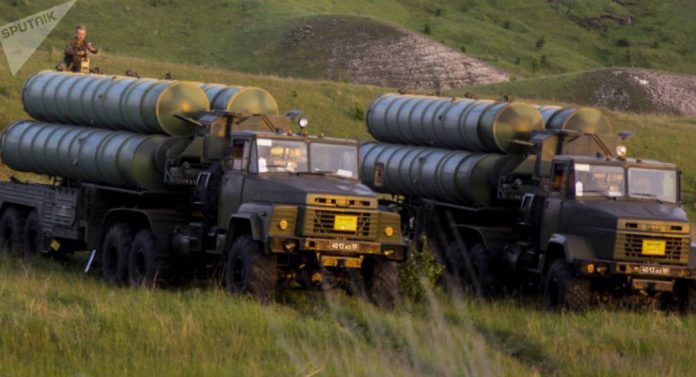 Earlier this week, Russian Foreign Minister Sergei Lavrov stated that Moscow had not decided yet if would supply its S-300 long-range surface-to-air missile systems to Syria.

“What’s important to us is that the defensive weapons the Russians are giving Syria won’t be used against us. If they’re used against us, we’ll act against them,” Israeli Defense Minister Avigdor Lieberman told the Ynet media outlet, reflecting upon the possibility of Syria’s acquisition of S-300 missile defense systems.

The defense minister elaborated that Israel “doesn’t interfere in Syria’s internal affairs, but on the other hand we won’t allow Iran to flood [the country] with advanced weapons systems that would be aimed against Israel.”

“If anyone attacks us, we will retaliate, regardless of S-300, S-700 [sic] or any anything else’s presence there,” Lieberman said.

In an interview with Army Radio, Israeli Minister of Intelligence Yisrael Katz cast doubts on Russia’s potential supply of S-300 missile defense systems to Syria, suggesting that the move will undermine Moscow’s relations with Tel Aviv.

“I doubt that they will supply this missile defense system – at the very moment they will cross a certain line in our relations,” Army Radio cited Katz as saying.

Another senior Israeli official also expressed his concerns over the potential supply of Russian S-300 systems to Syria.

“Any type of weapon that threatens Israeli security is always a matter of concern,” Deputy Director General and Director of the Eurasia Department of the Foreign Ministry Alexander Ben-Zvi said.

© Sputnik / Kirill Kallinikov
Lavrov on Russia’s S-300 Supplies to Syria: It’s No Secret, But Not Decided Yet

At the same time, Ben-Zvi did not clarify if Tel Aviv would raise the issue of S-300 supplies during talks with Russian officials. He did, however, note that “matters concerning the Syrian conflict are constantly being discussed during the meetings between Israeli politicians and diplomats in the Ministry of Foreign Affairs and Russian Security Council.”The statements come just a day after the IDF launched an attack on Syrian artillery after a mortar shell fell next to a security fence in the northern Golan Heights, a disputed area, which has been a focal point in relations between Tel Aviv and Damascus since the 1967 Six-Day War.

On March 23, Russian Foreign Minister Sergei Lavrov stated that President Vladimir Putin had discussed the issue of S-300 supplies to Syria with the Defense Ministry; however, the decisions “have yet to be determined.”Last week, Mark Heller, principal research associate at the Institute for National Security Studies at Tel Aviv University, told Sputnik that “Israel is concerned that more effective Syrian air defenses built around Russian equipment would limit Israel’s ability to operate against Iranian and Hezbollah forces in Syria.”

On April 14, Chief of the Main Operational Directorate of the Russian General Staff Col. Gen. Sergei Rudskoy announced that Moscow might reconsider selling the S-300 systems to Damascus in  wake of the US and allied airstrikes against Syria in response to the alleged use of chemical weapons by government forces in the city of Douma.