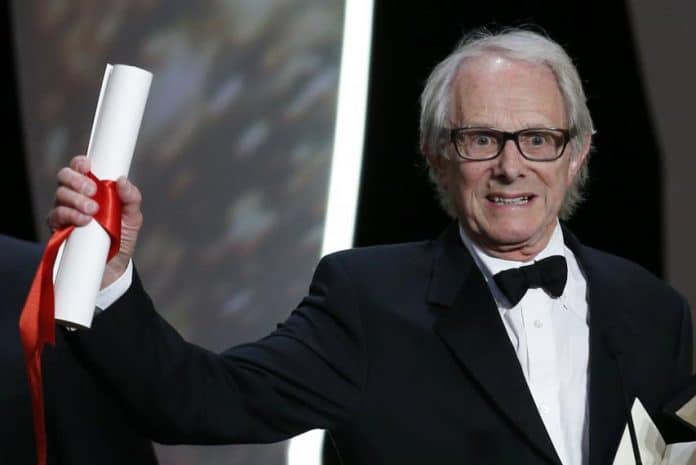 [ Editor’s Note: It is always cheering to see someone in entertainment stand up to the Jewish bullies and their thug proxies. British Director Ken Loach follows Natalie Portman in raising the bar in showing that civil rights terrorism can be successfully fought.

Prime Minister Michel of Belgium seems to have been tasked with making an example of Ken Loach by intimidating the Université libre de Bruxelles from giving Loach an honorary degree for the inferred crime against Jewish humanity…criticizing Israeli policy.

Dear Mr. Michel, you disgraced your country in carrying water for Israel now, when it has been in the middle of murdering unarmed Palestinian protesters, including children.

I would classify your attempt to take Mr. Loach down as a form of civil rights terrorism, to intimidate others for speaking out against Israeli crimes. By the way sir, being an intelligence site, we know a lot about how the Israeli Lobby buys politicians, especially from the smaller countries.

I had mentioned last week, in saluting Portman’s refusing to attend an Israeli award gala with a $2-million dollar prize in protest over the recent IDF turkey-shoot in Gaza, that leadership is always needed to turn these social monstrosities around, where a cowardice group-think sets in, a feeling that the Israel Lobby bully is just too dangerous to take on.

Every time someone fights back and survives, others are inspired to do the same. I do not know how to contact either Ms. Portman or Mr. Loach, but we will try to post something in the comments to let them know we appreciate what they have done … Jim W. Dean ]

Ken Loach, the award-winning British film director, has hit back at Belgian Prime Minister Charles Michel, after the leader claimed he should not receive an honorary degree because of alleged anti-Semitic comments.
–
Loach was responding to Michel at a press conference an hour before receiving his honorary degree from the (ULB).
–
He told assembled reporters that he was shocked to have to make a statement concerning the Belgian PM’s comments, especially as he understood that Michel had studied law at ULB.

The previous night, Michel had been speaking at an event to mark the 70th anniversary of Israel’s creation, where much to the surprise of the audience, he commented on the impending honorary degree to be awarded to Loach, reports the Guardian.

In an apparent dig at Loach, he told the audience: “No accommodation with anti-Semitism can be tolerated, whatever its form. And that also goes for my own alma mater [university].”

A spokesman for the Belgian PM, clarifying the comments, reportedly told Belgian newspaper De Standaard: “Michel’s statement may be read as a rejection of the honorary doctorate. The prime minister has studied the file and believes that [Loach] has recently made controversial statements that justify the withdrawal of that honorary doctorate.”

Loach has argued against accusations that Jeremy Corbyn’s Labour Party has a distinct problem with anti-Semitism, claiming Labour MPs who took part in a recent protest in Westminster against anti-Semitism were using it for political gain, to undermine their leader. The director questioned whether or not the MPs should consequently be expelled from the party.

In his rebuttal at the hastily-convened press conference, Loach seemed to questioned Michel’s understanding of international law when it comes to the issue of Israel/Palestine, suggesting that the Belgian PM is conflating criticism of Israel with anti-Semitism.

The Belgian PM is yet to respond to Loach.