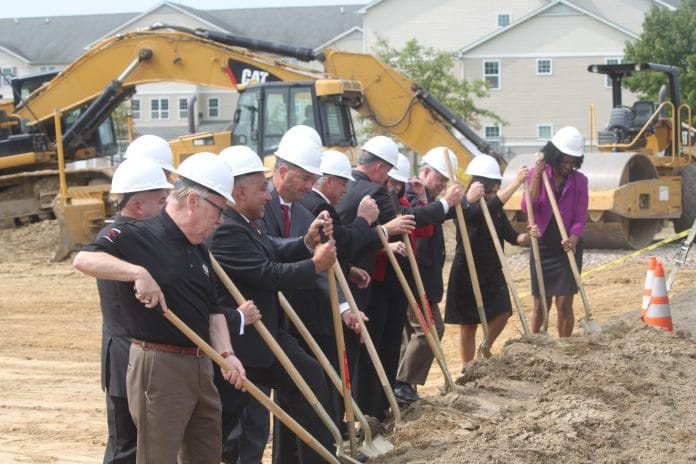 CLAYTON, NJ— The People for People Foundation of Gloucester County, in partnership with Conifer, LLC, is excited to announce that Camp Salute, a 76-unit affordable living, low to moderate income apartment complex is being developed as the first community built with a veteran and veteran surviving spouses preference is on schedule for occupancy.

According to Bernadette Blackstock, CEO and President of the People for People Foundation, “This has been an amazing process to see a dream like this come to life. Every day we come closer to its completion. It is really exciting. We are hoping to have the first veteran residents move in early June, 2018.

Blackstock adds, “We are currently processing the applications that were submitted in February and should have a list of approved residents by the end of April. We still have openings for our two and three bedroom units so we need to get the word out to veteran families that we have an affordable place for them to live and call home.”

According to representatives from Conifer, the developer of the project, out of the eight buildings, the first three buildings and the clubhouse will be completed by the end of May. The exteriors are completed, the interiors are sheet rocked and they are starting to work on the finishing touches including cabinetry, flooring, painting and final carpentry. 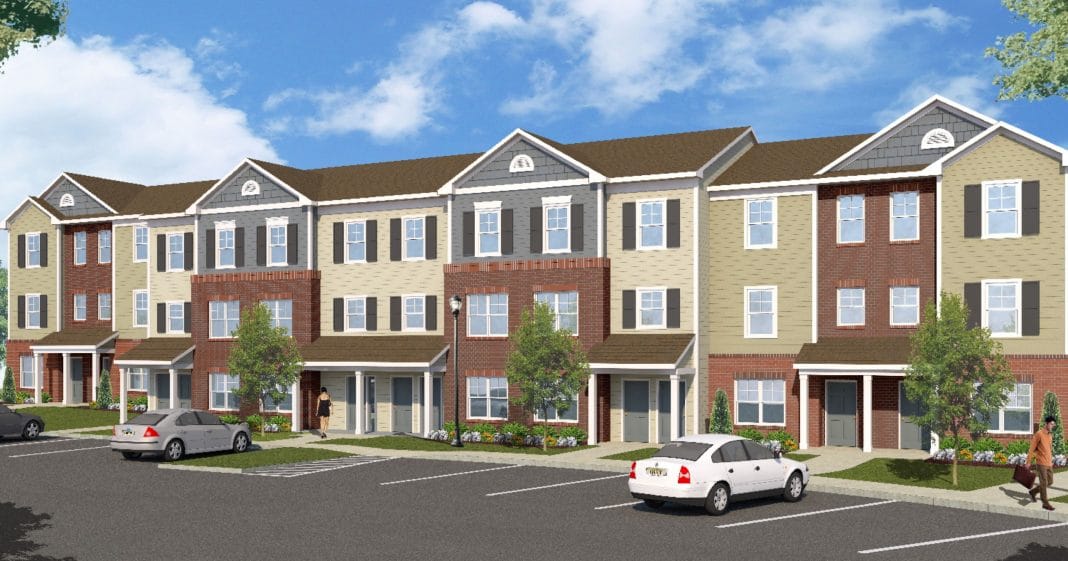 The clubhouse will be the new headquarters for the People for People Foundation social services organization and South Jersey Veteran Resource Center. It will be staffed with Veteran Affairs Accredited Claims Agents, other veteran organizations and service providers, as well as veteran support groups to provide life skill classes.

Two additional buildings are expected to ready for occupancy by the end of June. Another two buildings will be completed by July and the final building should be completed by the end of August. The eight building complex will have five (5) units dedicated to homeless veterans, 19 units will be dedicated to disabled veterans and 51 units are designated veteran preference.

Blackstock states, “It will be nice to move our headquarters to the Camp Salute Complex and be on site with the people who need us most. We are looking forward to making a difference in the lives of all veterans throughout South Jersey and Camp Salute is hopefully the first of many projects like this.”
For more information about Camp Salute Information Session visit the People for People website at: welcome.pfpfoundation.org or call Bernadette Blackstock at: 856-579-7561.

The People for People Foundation of Gloucester County is a grassroots 501 3 (c) organization founded in November of 2003 by community leaders who were concerned about helping their neighbors who fall on hard times.

People for People’s mission is to provide financial and advocacy assistance to South Jersey residents who are normally self-sufficient but have experienced a financial hardship due to loss of employment, sickness, accident, fire, or other unforeseen emergency.

In 2010, the People for People Foundation expanded their mission to include the welfare and well-being of veterans throughout the County and State. This was prompted by a dying wish made to Bernadette Blackstock, by her father-in-law, JP Blackstock. JP Blackstock, a WWII veteran, heroically stormed the beaches of Normandy on D-Day, and was permanently disfigured in later battle. He received the Silver sStar, Bronze Star, Multiple Purple Hearts, and others. After returning to the states, Blackstock endured years of rehab and received consistent help from volunteers. Indebted to all the people who helped him, Blackstock dedicated most of the last 46 years of his life after service to volunteering with veterans. This dedication to veterans inspired the Camp Salute community concept and was built in honor of Blackstock’s memory.