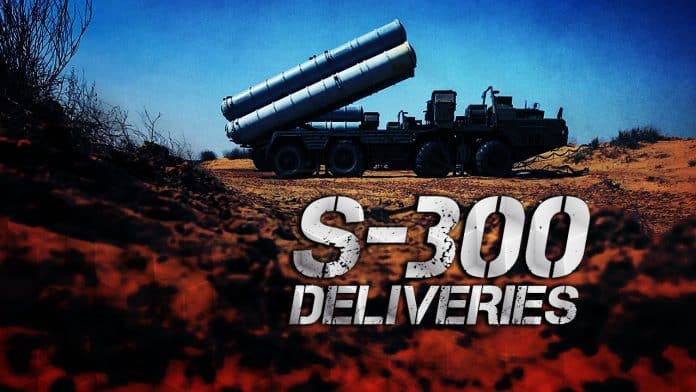 The S-300PMU-2 ‘Favorite’ is an export version of the Russian S-300 missile defense system. It has the range of 195 km and uses the 48N6E2 missile. This missile can be used against aircraft, cruise missiles, UAVs, theater ballistic missiles, even against intercontinental ballistic missiles.

According to the newspaper’s sources, the air defense systems deliveries will be made free of charge. The alleged goal of the effort is to assist the Syrian military in establishing a multi-layered air defense across the country.

The S-300PMU-2 systems will integrated into this multi-layered air defense to provide additional defense to Damascus and the country’s airfields from missile strikes. Kommersant’s sources said that the S-300 deliveries are mostly a “political” decision and it is almost made.

The Russian military has already established an air-defense net in Syria in order to protect own military facilities. These air defenses have not been officially engaged in repelling any strikes on Syrian forces. However, according to local and official sources, the Russian military is actively involved in training and advising Syrian air defense troops as well as contributing efforts to modernize the country’s air defense capabilities.

Damascus and Moscow reached an agreement on the S-300 systems delivery in 2010. However, the contract was frozen because of a complicated political and security situation in the region. Then, Israel was one of the key critics of the deal.

Following the April 14 missile strike on Syria by the US, the UK and France, Russia officially declared that it had returned to an idea of S-300 delivery to Syria.

Such a move, if the delivery is made, they may trigger a local crisis over Syria. Israel and its key ally, the US, will likely fiercely react to such a move, which they will consider as a direct threat to their regional military diplomatic strategy. The Israeli military may even respond by attempting to destroy the systems en route to their deployment sites. This will cause another local encounter between the Israeli Air Force and the SADF.

Israeli experts and leadership have repeatedly voiced concern over the increased efficiency of the Syrian Air Defense Forces.

These concerns have become especially loud after the Israeli Air Force lost a F-16I fighter jet during the operation against Syria on February 10, 2018. Should the SADF obtain S-300 systems it will further limit offensive capabilities of the IAF’s capabilities to deliver strikes on targets in Syria, including Iranian forces deployed at the country’s military facilities.

On the other hand, the S-300 delivery will be an important bargaining chip in the ongoing diplomatic standoff over the Syrian conflict. The Syrian-Iranian-Russian alliance and Turkey have contributed notable efforts to settle the conflict using their influence on the ground. In turn, the US-Israeli bloc has repeatedly attempted to undermined their efforts. However, the both sides understand that they should find some common ground if they want to avoid an open military conflict and are searching various options allowing to pressure opponents for own advantage.