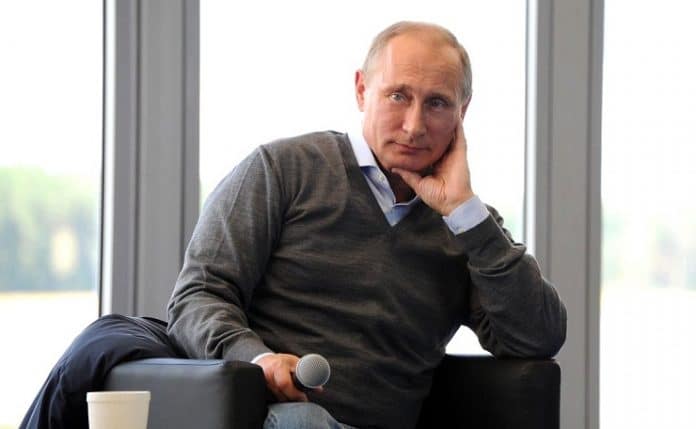 [ Editor’s Note: Phil Butler brings us something today that we need from time to time on these long running stories with endless twists and turns. He reviews the US legacy of Putin bashing from its early days.

Even reading about it can be exhausting, and moreso with the backdrop of so much taxpayer funded effort into something the public never really advocated, and the justification for was so shallow, one would expect it was being done by an occupation force.

And I am not joking or using satire when I suggest the American people need to face up to this possibility, that we have what used to be a carefully hidden occupation force slowly taking itself mainstream, one step at a time like a lobster put in a pot and slowly brought to a boil, and does not thrash around as the slow method just numbs it out.

I suggest that may be why we have seen so little major blow back on the US turning into a pretend-a-democracy. And I do not use the term as a joke. If you think you live in a representational government, you need to think again.

Why are US security organizations viewing and harassing alternative media that reports from foreign press what is censored in our own, when they can’t seem to find the resources to bust one Israeli espionage operation here, decade after decade?

Why is it that our mainstream media never questions this stand down. And the same goes for Congressional investigations despite Israeli espionage on Capitol Hill always having been a top priority for the Zionist regime.

Why do American taxpayers literally fund the cost of all Israeli espionage here, via the ten year at a time “aid budget” that we are currently giving Israel, money that we have to borrow and encumber our children with? Why is this never an election year issue when it clearly has undermined our national security? …Jim W. Dean ] 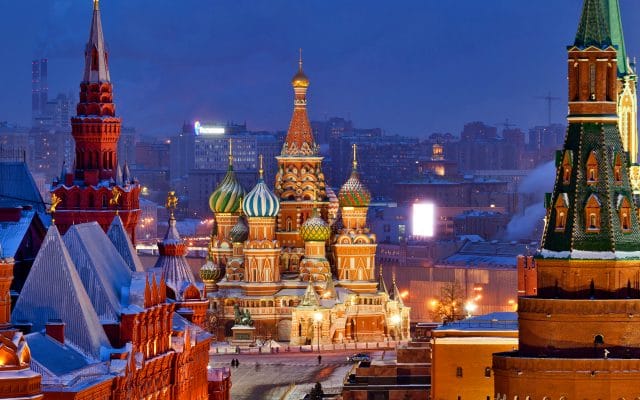 In the New York Times last week, veteran reporter Neil MacFarquhar reminded us Vladimir Putin’s “fight” with the West is isolating Russia. The Middle East expert’s latest Russia hate also interpolated that the woeful isolation is failing to deter Putin. But what is it that Putin is fighting against? What is the so-called “West” trying to deter him from? Better still, where is the evidence of his cunning plan to destroy all?

I do not know why, but to my knowledge, no one has ever asked these simple questions. Here we are in a new and bitter Cold War, and nobody I can name has any reasonable explanation of what the fight is about.

There are allegations by the truckload. There’s sanctions, proxy wars, terrorists scattered, CIA money spent, dignitaries tossed out on their ears, and ten thousand news outlets screaming “Putin foul” – but over what? You can’t answer because it’s all over nothing. Here’s a brief history of the real crimes of Vladimir Putin.

In the early 2000s, Vladimir Putin was running a country almost destroyed by corruption, foreign interventions, and pirates bent on privatizing anything of value for western investors. The advance of the globalist doctrine had reached the borders of the country; wars were brewed in former Soviet republics where regime changes and color revolutions were not working.

The notorious Russian mob, the Israeli mob, anybody inside the country that could be bought by western pirates was taking a bite from the Russian legacy. Putin stepped in and sorted it out. Putin did not sell Russia out. This was a capital crime.

Later in the decade, Vladimir Putin proposed an initiative known as the “Vladivostok to Lisbon” protocol. The plan was for one gigantic Eurasian market worth tens of trillions of dollars. The plan was for a full and fair integration of Russia within the global context. Only the plan made Russia an integral partner rather than a network of small banana republics like Yugoslavia became.

The Putin plan would have assured almost unbreakable cooperation, prosperity, and peace. But the suggestion of such a thing to the existing world order was a heinous crime.

When 2009 rolls around and the world’s fascination with then Prime Minister Putin grows. The New York Times back then questioned the Russian leader’s work ethic. Western media reported Putin singing “Blueberry Hill” and playing the piano. And the Washington Post begins the rail about “Putin, the killer.” Then in 2010, the heat was turned up.

US newspapers began the “huge protest” gambit, Putin the arch criminal became all the rage. The Vladimir Putin legend began to grow during this time. Rumors and speculation became the flavor of the day. Then in 2011, the Russian leader went so far as to criticize the West for the Libya regime change. And we all know how Libya turned out.

Starting in 2012 the mainstream media in the West began predicting the downfall of Vladimir Putin. The Economist titled its prediction. “The beginning of the end of Putin.” So much for deep economic analysis and forecasting. It is in this year that Masha Gessen gets the big headlines for labeling Vladimir a “crime boss” and a homophobe.

Meanwhile, the real criminals like Mikhail Khodorkovsky gather steam for the lies and mudslinging to come. NPR and other corporate owned media get readers by labeling Putin a “street thug” and etc. But Putin won the election that year anyhow. And even though The Slate labeled him “Putin the pitiful,” he somehow managed the biggest country in the world skillfully. Pussy Riot defiles a Russian Orthodox Church snagging some jail time, and down the rabbit hole we go.

Then in 2013 the world’s biggest ever arch villain commits the ultimate sacrilege. At the moment then President Barack Obama is gathering his forces to invade Syria, Russia’s leader pecks out a plea to the American people in the New York Times.

Then, on the eve of a fateful vote in the US Congress on Obama’s decision to launch strikes against Syrian leader Bashar al-Assad, Putin mediates by instigating a proposal for Syria to surrender all chemical weapons.

This was too much for the gilded world order; the gloves had to come off. Meanwhile, Obama and his CIA had already created the proxy war against Assad. But the American people were never told.

Funny isn’t it, how overt Putin moves are eviler than covert killing by America? But Russia’s leader became the alchemist of truth, look at his words of warning on alleged gas attacks back then:

“We believe that at the very least we should wait for the results of the UN inspection commission in Syria. I’ve already said I find it absolutely ridiculous that [Syrian] government’s armed forces, which today are actually on an offense mission and in some regions have already encircled the so-called rebels and are finishing them off, that the Syrian army has used prohibited chemical weapons.”

Almost a year passed until I first learned of the “hell bent” onslaught on anything attached to Vladimir Putin and Russia when the 2014 Sochi Olympics rolled around. The bristling gay globalists had no intention of letting the Russia people welcome the world to their country. Putin had to pay for his past daring.

So, Russia bashing took on a whole new meaning. Bad sportsmanship was also redefined when a people created a showpiece and an unparalleled spectacle, only to be insulted and criticized at every turn. Dog packs, unworking toilets, gay skier hunts, unfinished hotels, an environmental catastrophe once again wrought by our ghastly arch villain. The world order taught Putin a lesson in those days. “Mess with us, and we’ll piss on your parade.”

This was the message. Then the Euromaidan and an illegal regime change in the midst of an Olympics forced diabolical Putin’s hand again. Instead of allowing Russia’s most strategic position in the southwest to be taken over by NATO, he instead chose to secure it without firing a shot. Crimea should have been seeded to the global hegemony – but Putin dared to resist. For shame.

Since 2014 Vladimir Putin has been blamed for the downing of Malaysian Airlines flight MH17 and without a smidgen of proof. He’s had the gall to ask the world order “Do you even realize what you have done?” And this, before the mighty United Nations and in front of God and everybody else. Our crystal ball at The Economist proclaimed “Putin declares war on the West,” and we believed them.

He revealed the United States was backing terrorism in the Middle East, and then he televised his forces destroying ISIS. In 2016 NBC News proclaimed; “US Officials: Putin Personally Involved in US Election Hack.” Amazingly, no pictures of Putin using his laptop to hack the DNC emerged.

And the people of the world failed to notice the lack of evidence. For nearly two years now the world has investigated Putin over alleged tampering in the US election. Can you guess what body of evidence has been shown officially or in the media?

Damn that Putin for being so flawless and diabolical a villain! His utter control of every evil deed on planet Earth is being hidden from us. And oh, so skillfully that armies of brilliant private eyes, investigative journalists, whistleblowers, think tanks, the CIA, the NSA, MI6, GCHQ, Mossad, the Pentagon, Naval Intelligence, Senate committees, or even David Copperfield can turn over one leaf of evidence.

This, my friends, is Putin’s greatest delinquency against humanity. He is guilty as sin of the real delinquency, the sin of ancient logic. The reason there we cannot see proof of Putin’s misdeeds is stunningly simple.

There is no proof.