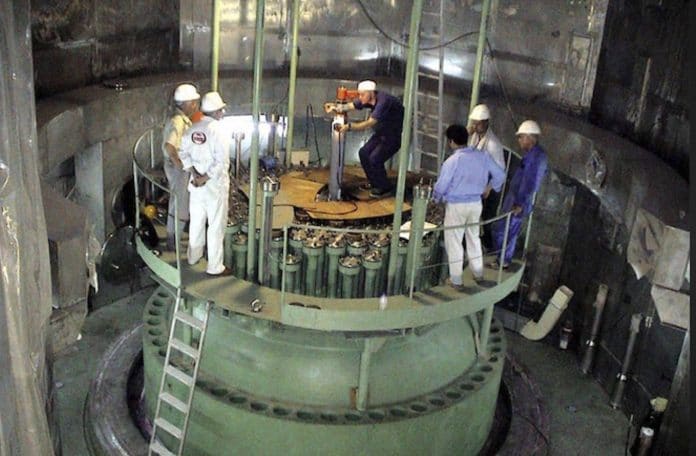 … by Trita Parsi,  via the Middle East Eye

Trita Parsi is the author of Losing an Enemy – Obama, Iran and the Triumph of Diplomacy, and President of the National Iranian American Council.

[ Editor’s Note: The showdown on Trump’s deadline for changes in the JCPOA looms before us with a semi mirror image of an anticipated breakthrough on the North Korean nuclear drama which no one was suspecting.

I had focused on this fateful aligning of the two major geo-political planets in my last New Eastern Outlook article, North Korea Deal Takes Flight While JCPOA Sinks, where I posed that Trump’s conduct in breaking the JCPOA could boomerang on his securing a deal with  North Korea, as in “what would an American agreement really be worth to Kim if Trump is breaking the JCPOA?”

I was happy to find Trita Parsi’s new article  in the Middle East eye that laid out another behind the scenes drama within Iran’s internal discussions on what it would do if Trump exits the deal. Iran has been suggesting it might exact major penalties itself for a US breach.

As for the EU, instead of Iran just accepting its support of the JCPOA, but also leaning on Iran to accept restrictions on defensive military items on the original deal is considered a dead in the water course.

Why would Iran want to do this in exchange for no added benefits other that to keep a deal that has already been broken.

The changes currently being posed by Trump may also be broken by him or someone following, as the pattern will have been set. Iran has told the EU that if it wants to save the deal it has to restrain Trump, putting the monkey on ithe EU’s back.

There have been media hints of Iran exiting the deal itself if Trump does. The diplomatic nuclear option would involve not only exiting the deal, but the IAEA inspections, also.

Trita Parsi confirms through his sources in Iran that this is not a media bluff, but an option under considerable discussion due to watching Mr. Trump go from dissing Kim Jong-un as “the rocket man”, to his being “a wonderful guy”, after he had proved that he had a nuclear retaliation capability.

May is going to be quit a month, and I will be in Iran for the 6th New Horizon Conference, and then on a university lecture tour there where I am sure this issue will be on the front burner. We pray that the grownups in the room rule the day, or that Mr. Mueller files his charges, which might save the day from a different direction … Jim W. Dean ] 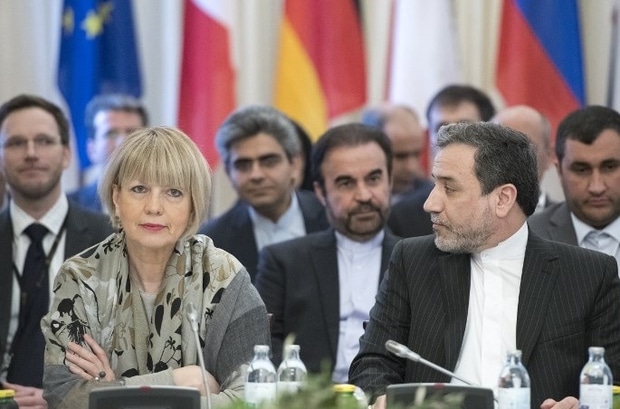 The negotiations leading to the Iran nuclear deal – the Joint Comprehensive Plan of Action (JCPOA) – were painstakingly detailed. Almost every eventuality was identified and planned for – except one: that the American people would elect as president a geopolitical novice hell-bent on erasing the legacy of his predecessor regardless of the implications for US national security.

Now this unforeseen eventuality risks turning a central tenet of Iran’s strategy – to regain the international community’s confidence by fully adhering to the deal – into a liability.

Preparing a Plan B

Throughout the nuclear negotiations, the two sides constantly had to balance two competing interests: the desire to make progress to reach a final deal, which necessitated both avoiding leaks and minimising public posturing, and the necessity of preparing a Plan B that shifted the blame for the possible collapse of the talks to the other side.

The more the two sides invested in the blame game through strategic leaks, the more they undermined the actual diplomacy.

Early on, the Iranians decided on a strategy that would minimise the tension between these two impulses. They would adopt an almost exaggerated optimism about the prospects to reach a deal and portray themselves as utterly reasonable.

This strategy helped improve the atmosphere surrounding the talks, which in turn made a successful outcome more likely. But it also ensured that Iran would have a leg up on the blame game in case the talks collapsed. In short, a win-win for Iran. Once the deal was struck, this strategy continued.

Iran decided to strictly adhere to the agreement in order regain the international community’s confidence, deprive opponents of the agreement of any pretext to kill it, all the while ensuring that Iran would win the blame game if the deal collapsed.

Iran has until this day stuck to this strategy with great discipline and commitment: the International Atomic Energy Agency has to date issued 10 consecutive reports certifying Iran’s complete adherence to the deal.

But going the extra mile on adhering to the deal brought about a consequence Tehran did not anticipate. It created fertile ground for opponents of the JCPOA to build a false narrative claiming Iran simply was desperate to keep the deal.

The dire economic situation in Iran, combined with the Hassan Rouhani government’s lofty economic promises, had left Tehran in such a vulnerable position that it had no choice but to stick to the JCPOA even if the West failed to live up to its obligations. In fact, the US could even afford to pull out of the deal without much consequence, this narrative asserted.

This narrative, pushed by Israeli Prime Minister Benjamin Netanyahu in his private conversations with European and American counterparts, has further gained traction precisely because the Trump administration has been violating the nuclear accord without facing any specific consequences or much public rebuke from Tehran or Brussels.

The Europeans have avoided calling out Trump for his violations, fearing that it would completely eliminate any chance of saving the deal due to Trump’s thin skin and outsized ego. The Rouhani government, on the other hand, has been hesitant to aggressively shed light on Trump’s violations out of fear that this would only give further ammunition to their hardline rivals in Iran.

Thus, the desire to save the deal by taking the high road gave further oxygen to the narrative that Iran simply was desperate and could not afford to leave the agreement even if the US did so.

This narrative has now created a dilemma for Tehran. On the one hand, there is both political pressure and a strategic rationale for demonstrating the inaccuracy of this narrative by taking strong measures in response to an American pullout. On the other hand, such measures may further aggravate the situation and precipitate an even deeper crisis.

Drastic measures such as exiting not only the JCPOA but the entire nuclear Non-Proliferation Treaty were earlier only arguments within Iran’s foreign policy elite, according to a senior Iranian official. Now they are plausible scenarios that are being seriously discussed.

The Iranians have carefully watched the developments with North Korea, which had chosen a different path. Pyongyang neither paid attention to any blame game nor to the international community’s confidence in it or lack thereof. Instead, it escalated its nuclear programme until it forced the United States to the negotiating table.

North Korea tested bombs and ballistic missiles capable of hitting the US mainland. Iran, on the other hand, went to the negotiating table after only having enriched uranium at 20 percent. It had no nuclear weapons nor missiles capable of carrying them.

Now, North Korea appears set on a path towards striking a deal with Trump and getting the recognition it has long sought. Iran, on the other hand, is about to see its nuclear deal collapse because the US has been led to believe that Iran has run out of options.

The thinking in Iran has as a result shifted. A growing number of officials are concluding that building confidence with the international community and upholding its obligation was clearly the reasonable choice for Iran. But it may not be the rational choice going forward.

Trump’s actions are creating a scenario in which Iran is incentivised to push back hard against the US, both to dispel misperceptions of Iranian desperation and to maximise its security against an American president who rewards belligerence and punishes cooperation and compromise.

– Trita Parsi is the author of Losing an Enemy – Obama, Iran and the Triumph of Diplomacy and President of the National Iranian American Council.