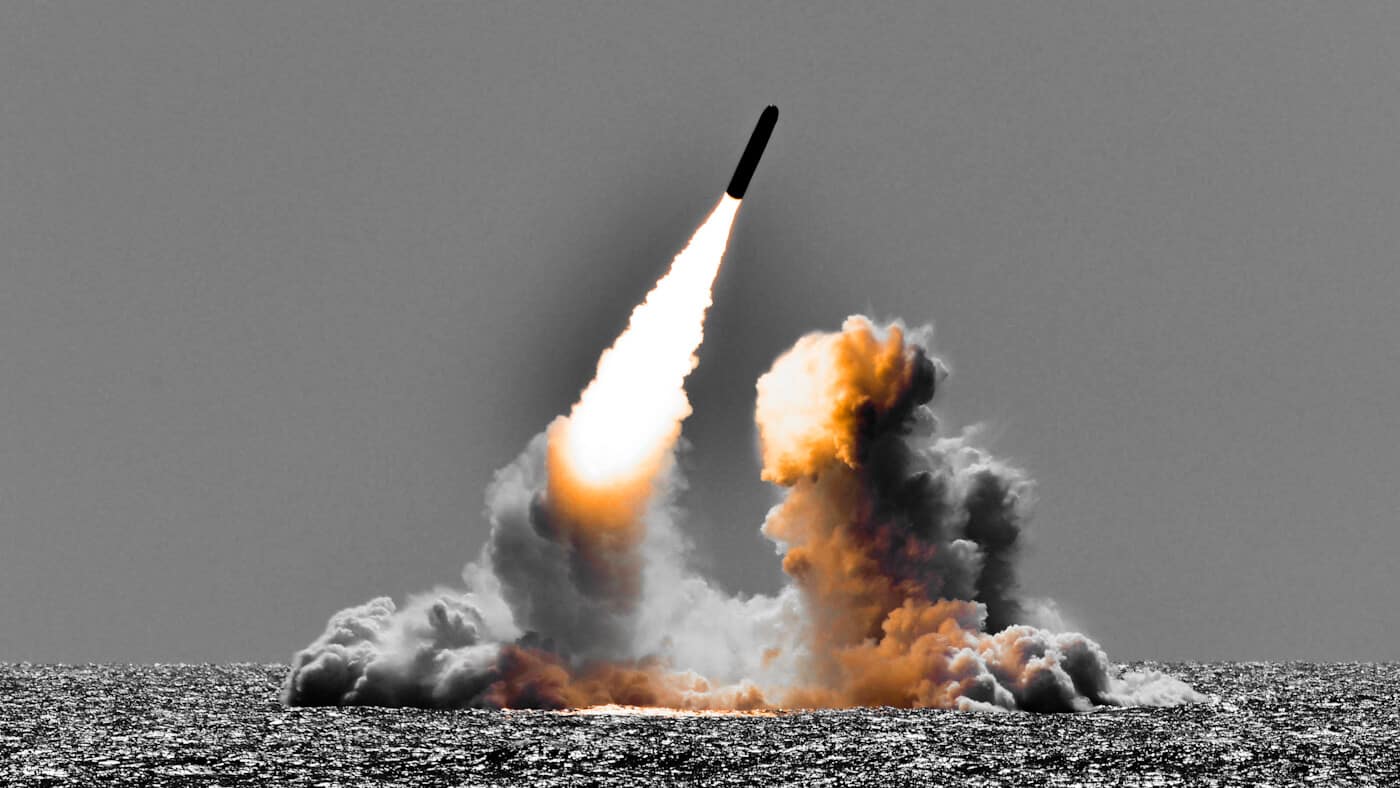 Late on Saturday night, 28th April, a series of airstrikes hit Syria, local time was 10:30 pm, about 2 hours after sunset. Of particular interest is the strike that hit a target hear Hama, supposedly an arms depot. This strike produced an explosion of such massive magnitude that it shook the earth violently enough for the tremors to be picked up by seismic monitoring stations in Europe which recorded a magnitude 2.6 earthquake.

An explosion on the earth’s surface, in order to cause tremors between 2 and 3 on the Richter scale, would be between 1.5 and 3 kilotonnes TNT equivalency. Clearly, this was a tactical nuclear weapon and the arms depot story is the usual cover automatically issued when there is a suspiciously big bang.

There is a very little video available of the explosion, however at 2 mins 36 seconds into the video below, there is a white flash visible:

Although there has been no official statement from either Tel-Aviv or Damascus, it is clear that this strike was carried out by the Israelis. Most likely they used a GBU-28 carried by an F-15 and ‘toss bombed’ onto the target after approaching Lebanon at a low level than climbing to cross the Anti-Lebanon Mountains, releasing the weapon at the apex of their climb then immediately turning and running for home. As you can see in the photos published by Al-Masdar, the target was totally obliterated, this is the aftermath of a tactical nuclear strike – everything was reduced to rubble. Note the shipping containers blown around like toys, the blown back trees, and a very large shallow crater. Too big for a standard weapon of 1,000lb size. It appears to be a low-altitude air blast causing the 2.6 magnitude quake. Everything was vapourised no soot/carbon was present on the ground. Only steel car parts left intact were melted at a high temp. No aluminum meaning that the heat was over 3,000 deg in order to vapourize it away.

A big blast like this is over 20,000 lbs so definitely not conventional explosives. Small arms and artillery rounds go off like popcorn in a microwave oven. Conventional blasts throw up lots of dirt with a small fireball.

These tactical neutron bombs are likely uranium-based in order to mask their use. They are either older warheads from surplus SS-21 missiles from Russia/Ukraine or newer Israeli-made stuff using the surplus US stocks transferred under Daddy Bush. This is why both sides are quiet on their use. Much of this black market nuclear proliferation happened under Hilary and Tom Countryman at the T-section of the US State Dept. This is why Trump fired Countryman and cleaned out the T-section – they let the stuff out the back door.

Thus far there has been no official statement on this strike by Damascus, Moscow or Tehran, most likely there never will be any public acknowledgment that a nuke was used, just as there has never been on any of the many other occasions they have been used.

A series of powerful explosions that rocked military installations in Syria’s Aleppo and Hama provinces were apparently so powerful they were treated as earthquakes by a European monitoring center.

The tremors, ranked as a Magnitude 2.6 quake by the European-Mediterranean Seismological Center, were apparently detected in the aftermath of “powerful explosions” that occurred at the “the arms depot of the 47th brigade of the Syrian army” near Hama in the aftermath of the alleged attack, though the exact cause of this quake has yet to be determined.

According to Israeli newspaper Haaretz, the missile attacks that apparently hit several Syrian government military bases on Saturday evening might’ve been conducted by Israeli forces, though the country’s representatives have refused to comment on the issue.

Earlier on Sunday, Israeli Defense Minister Avigdor Lieberman stated that Israel would continue to maintain its freedom to operate in Syria.

“We have no intention to attack Russia or to interfere in domestic Syrian issues. But if somebody thinks that it is possible to launch missiles or to attack Israel or even our aircraft, have no doubt we will respond, and we will respond very forcefully,” he said at an annual Jerusalem Post conference.

A powerful attack was carried out last night against the Syrian Arab Army (SAA) in the Hama countryside that killed more than 30 soldiers.

The attack completely destroyed the Brigade 47 Base, causing a massive explosion that could be heard throughout much of the country.

According to a Syrian military source, the attack was carried out by the Israeli Air Force; however, the latter has yet to comment on the allegations.

The military source added that the attack was believed to have been carried out by an Israeli F-35 fighter jet, as the remnants of glide bombs were found at the site.