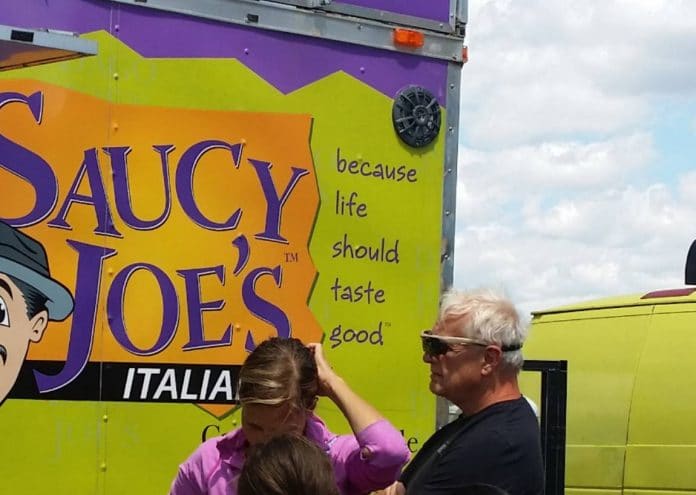 Today is one of those days. Whatever the news or whatever it is says, Israel dropped a 2kt tactical nuclear weapon on Syria. This happened Saturday. This is what a tactical nuke looks like.

Almost immediately thereafter, Netanyahu claimed to have a hundred thousand pages of proof that Iran had a nuclear weapons program.

Of course, the leaders of Britain, France and Germany, other nations as well, stated that Netanyahu was either insane or an idiot. This is exactly what they said.

I know him to be both. We have friends in common, though he didn’t used to know I existed. That changed a few years ago. He has other issues.

What we are talking about now is CNN. Of late, CNN does nothing but trash Trump for grabbing or screwing, or whatever. But we also know that both Trump and CNN control nothing, they both serve the same masters.

Let me go further. It isn’t just the news that’s fake. Trump is certainly fake. We confirmed over the past few days, more confirmation came in from unimpeachable sources, that Trump converted to Judaism in the 1980’s as a “deal with the devil.”

He did that because he is deeply distressed with keeping his homosexuality hidden. He is terrible at this. He actually started hiring “advance men” from a New York agency to spread rumors about how “dangerous” he was to women, how abusive, how he raped, grabbed, assaulted but was “protected” by Israeli intelligence.

He would run around parties and actually grab crotches, grab breasts, people looked on him as a maniac. What he never did, however, is actually have sex with a female human that wasn’t hired as an “actress” to report about “how good he was.”

The real point, if such things exist, of course is that being homosexual is nothing. Being insane is. Being Jewish is nothing. Being blackmailed into “being Jewish” so that you can worm your way into public life laundering cash to cause human suffering, which may well have included involvement in 9/11, now that’s something else.

Then again, let’s look at the “exceptionalists,” not just the insane Likudist “masters of the universe” like Netanyahu and the gang around him but the others, Boris Johnson or, well let’s take a second and look at the CNN article above. There’s a reason I mention it.

The CNN article attacks a senator from Montana for “smearing” Ronnie Jackson. Does anyone remember Trump accusing Obama of not being an American citizen? The “Kenya thing?” Trump went further. He also repeated the wild story that an Israeli asset published some years ago alleging that Obama was gay and part of the “Chicago bathhouse scene.”

There is no “Chicago bathhouse scene.” It is in New York and San Francisco, however; and it is Trump that was at the center of it, not Obama. But it was Trump who paid for the smearing of Obama, the phony bathhouse story, the phony “Kenya/birther” crap.

Before Trump was the other maniac, Richard Mellon Scaife, who bribed members of the House of Representatives and then hired a former disgraced NYPD detective to fabricate the “Whitewater” investigation against the Clintons that cost $160 million to the US taxpayers and never had a finding of any kind at all. The whole thing was made up.

Anyway, back to CNN. The article is defending Ronnie Jackson saying he didn’t really do the things he is accused of. However, the article is filled with weasel-words. Jackson is found “innocent” because the Secret Service didn’t record him pounding on doors; or his drunken traffic crashes, the ones alleged, were not “crashes” but rather “mishaps.”

Nuking Syria was a “mishap” too.

The author of the CNN article is, of course, someone whose job it was to pay off rent boys for ultra-gay Bush 43.

The article isn’t about Jackson, who might well be a great guy but is obviously totally unqualified to run the Department of Veterans Affairs. I have some expertise in this area and can state categorically that only Shinseki has even tried, and he was crushed and pushed out.

Ronnie Jackson is a joke. This is the guy who claims that Trump weighs 199 pounds. An estimate of Trump’s waistline, based on his shape and photos that show belt-notch to rear at 20.5 inches and Trump’s real height at 6 feet one inch with lifts, gives him a real weight of 295 after liposuction and up to 335 pounds.

There is enough fat somewhere that has been vacuumed out of Trump to fill a swimming pool. Hey, if he likes to eat and can afford it, it is his business.

Then there is something else, the health rumor. We don’t need to go into that, but fat isn’t the real problem, it may well be something else, something akin to Magic Johnson. Not a deal breaker either except for Ronnie Jackson and only if the rumor is true, and I am not saying it is. Not this rumor; others YES, this one “probably.”

Back to CNN. So, we have a phony defense of Jackson that really is a defense of Pompeo, if you read it, it deflects into how great Pompeo is and why Democrats, 42 of them that said they were sickened by him, are bad people.

After all, Pompeo went to West Point and Harvard.

Oh god, save me from both. I remember when a certain agency asked that I go to “Yale” and join a secret society there. They promised that I didn’t have to go to classes at all and that they would supply me with friends and roommates to swear I went, not only to Yale but to the Naval Academy as well. If only I were kidding.

This one is a true story, back when I was mistaken for a sociopath with a future. Then the conscience kicked in and down the drain I went. Damn. Still remembered how to invest and play the market though, was always good at that.

OK, here’s the deal. News is fake. Terrorist acts are fake. They are fake because sometimes the dead and “gassed” are actors. Kidnapped kids, sometimes “crisis actors.” How about when they are really killed but the idea behind it is “fake.” Is the whole thing fake too if the dead are real?

Then World War II was fake, started by the Rothschilds and fake Prime Minister Winston Churchill and a handful of other fakes and “crisis actors” who ended up being put in control of governments.

World War I the same? Now you are getting it.

Here’s one for you. North Korea’s missile program was run with parts assembled by Americans using Russian rocket motors bought to supply the US space program. America supplied the missiles for North Korea, beginning with the Obama “regime.”

Trump gave them nuclear-capable ICBMs and a hydrogen bomb. The whole thing was fake, as I hope you are realizing now.

More is fake than just this. There is a problem with being a journalist, one who travels and uses sources. If I told what I know about what Russia is doing to Iran and Syria, I would be “cooked.” It is enough that I get into Israel a bit.

As for America, it hasn’t existed for years. I rode over about 300 miles of it on a motorcycle today. Bought gas for $4 a gallon (premium) and $5 of Taco Bell.

People buzzed around in cars, worked jobs, played with kids. Is this real? Is it real when the world they live in, from the “Klepto-garchical” view, trillions in stolen cash, phony elections, phony news, phony wars, and the lie-spewing devices pollute reality?

Can playing catch with a kid be diminished just because the United States is a proven rat-hole of depravity, and hardly the “land of the free, home of the brave?”

I was riding through Van Buren and Allegan Counties today, backwoods two lanes. Miles and miles of poverty, aging trailers, junk cars, a billion miles from the view across the beach and the sunsets and money-drenched neighbors.

These are the homes, these trailers and tiny farms, the families on public assistance, kids on Medicaid all their lives, moms with two jobs, these are the kids who die in Afghanistan or kill themselves when they go crazy.

I was one of them, I survived Vietnam when none around me did, none or very few…All these worlds coexist and life is made of stolen moments polluted by the touch of Google, and the filthy “Zuck.”

Work can be real, friends can be real. I am not sure, but I strongly suggest we think about “correcting” the rest of it, and doing it quickly.