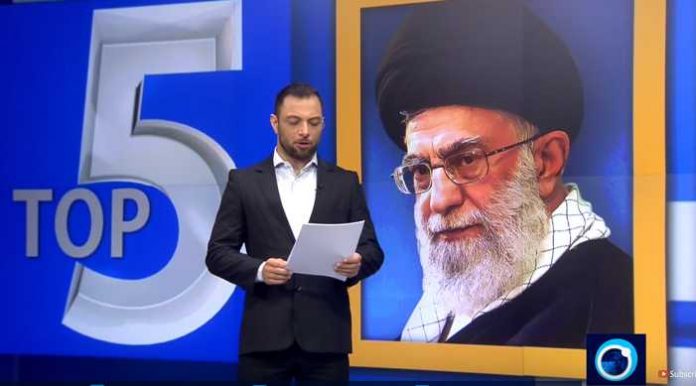 [ Editor’s Note: The frenzy to kill the JCPOA went up a notch today, with Bibi doing another one of his childish acts, which the US instantly supported, with the caveat they were aware of initial early research. The EU quickly slapped him down, a quite public rebuke for bombastic Bibi.

No mention was made of Israel’s secret nuclear arsenal, or its chemical and biological weapons. Imagine that. The US was quiet in that regard, also. Gosh, maybe Nikki Haley does not know.

There are two schools of thought developing, as with Iran’s telling the US to go to hell, which Trump will hear as “bomb us to hell”, and say “thank you very much, don’t mind if I do… I need more diversions from my legal problems, and we Republicans need to get a war going to save Congressional seats in November”…”Would we do that? … Sure.”

The other is that the EU will try to keep the old deal to keep the current Iran trade deals alive, while imposing new sanctions on Iran’s missile development, which still might see Iran chucking the whole deal and cranking up its nuclear production and following North Korea’s lead… JD ] 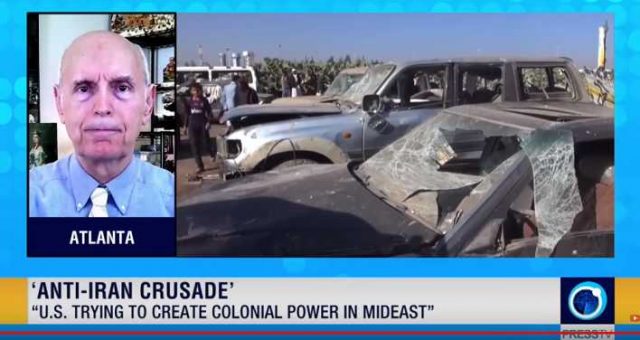 Leader of the Islamic Revolution Ayatollah Seyyed Ali Khamenei says the US is instigating Saudi Arabia and certain other regional countries to start a confrontation with Iran.

“The Americans are trying to provoke the Saudis and certain countries in the region and pit them against the Islamic Republic but if they have wisdom, they should not be deceived by the United States,” the Leader said on Monday.

His remarks came a day after US Secretary of State Mike Pompeo visited Saudi Arabia where he called for unity among the Persian Gulf countries, deeply divided over Qatar, in order to face Iran.

“The Americans do not want to suffer the cost of confronting the Islamic Republic and the powerful nation of Iran themselves; they want to make some states in the region shoulder it,” the Leader told a group of workers and entrepreneurs in Tehran ahead of Labor Day. “Some countries in the region should know that if they face the Islamic Republic of Iran, they will definitely be hit and defeated,” Ayatollah Khamenei added.