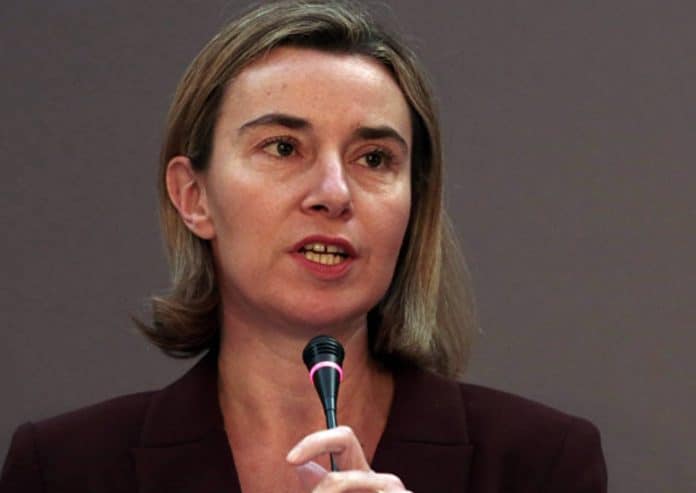 The EU foreign policy chief says what the Israeli premier tried to present as documents on Iran’s “secret” nuclear work fails to question Tehran’s compliance with the 2015 nuclear deal, and that any such claims should solely be assessed by the UN nuclear watchdog.

“What I have seen from the first reports is that Prime Minister Netanyahu has not put into question Iran’s compliance with the JCPOA (Joint Comprehensive Plan of Action) commitments, meaning post-2015 nuclear commitments,” Federica Mogherini said Monday.

The remarks came hours after Netanyahu unveiled what he claimed to be “conclusive proof of the secret” Iranian nuclear program during a televised address from Israel’s ministry for military affairs.

Standing in front of a big screen and using large visual aids, the prime minister claimed that “Iran is brazenly lying” about its nuclear activities, presenting 55,000 pages of documents and 55,000 files on CDs as alleged evidence.

Netanyahu’s new anti-Iran show comes only ahead of a May 12 deadline for US President Donald Trump to decide whether Washington would keep its side of the multilateral deal with Iran. Trump has given the European parties to the JCPOA until that date to fix the so-called “flaws” in the accord or face a US exit.

The Israeli leader’s fresh claims contradict numerous reports by the International Atomic Energy Agency (IAEA) verifying Iran’s full commitment to its side of the bargain.

The Iranian foreign minister has likened Israeli Prime Minister Benjamin Netanyahu to “the boy who cried wolf,” saying he “can only fool some of the people so many times.”

Mogherini further said the JCPOA “is not based on assumptions of good faith or trust – it is based on concrete commitments, verification mechanisms and a very strict monitoring of facts, done by the IAEA. The IAEA has published 10 reports, certifying that Iran has fully complied with its commitments.”

“And in any case, if any party and if any country has information of non-compliance, of any kind, it can and should address and channel this information to the proper, legitimate, recognized mechanisms, the IAEA and the Joint Commission [of the JCPOA] for the monitoring of the nuclear deal that I chair and that I convened just a couple of months ago. We have mechanisms in place to address eventual concerns,” she said. 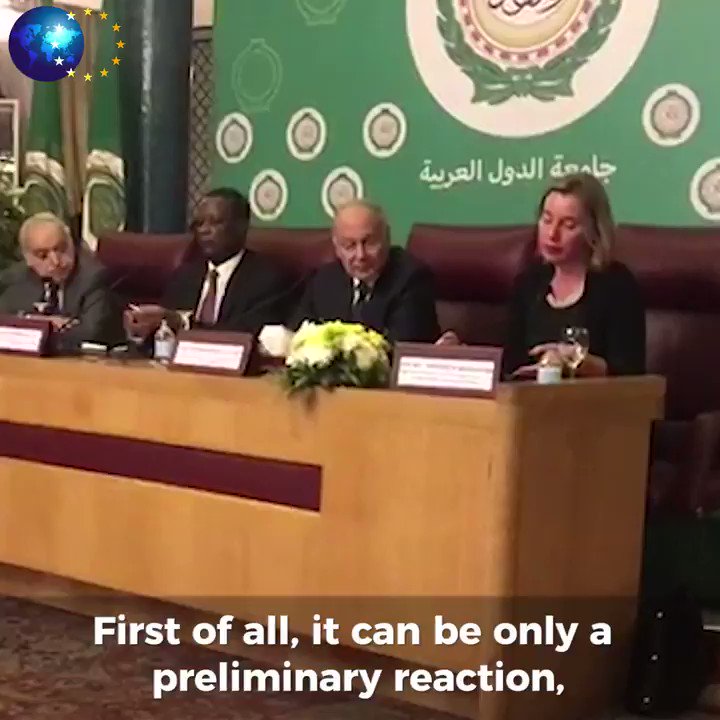 “IAEA is the only impartial international organisation in charge of monitoring Iran’s nuclear commitments. If any country has information of non-compliance of any kind should address this information to the proper legitimate and recognised mechanism” @FedericaMog #IranDeal

The top EU diplomat further reiterated that she had not seen from “Netanyahu arguments for the moment on non-compliance, meaning violation by Iran of its nuclear commitments under the deal.”

France’s Foreign Ministry said that the Israeli data underscored the need to ensure that the Iran nuclear deal and UN inspections remained.

“This information should be studied and evaluated in detail,” Foreign Ministry spokeswoman Agnes von der Muhll said in a statement.

“The new information presented by Israel could also confirm the need for longer-term assurances on the Iranian program, as the president has proposed,” the statement added.

The statement further said “it is essential that the IAEA can continue to verify Iran’s respect for JCPOA and the peaceful nature of its nuclear program.”

All sides must abide by JCPOA: Putin

Russian President Vladimir Putin spoke with the Israeli premier on the phone, reaffirming Moscow’s support for the Iran deal.

“Vladimir Putin reiterated Russia’s position that the JCPOA, which has a paramount importance in terms of international stability and security, must be strictly observed by all its signatories,” the Kremlin press service quoted the Russian president as saying.

A British government spokesman also defended the Iran nuclear pact, saying the IAEA inspection regime “is one of the most extensive and robust in the history of international nuclear accords.”

“It remains a vitally important way of independently verifying that Iran is adhering to the deal and that Iran’s nuclear program is exclusively peaceful,” he said in a statement.

Furthermore, a German government spokesman said Berlin will analyze the Israeli documents on Iran’s nuclear program, but independent inspections must be maintained.

He emphasized that “the nuclear accord was signed in 2015, including the implementation of an unprecedented, thorough and robust surveillance system by the International Atomic Energy Agency.”

Meanwhile, a former deputy director for sanctions at the US State Department said he had not seen anything in Netanyahu’s presentation that would change the accord, BBC reported.

“I think, frankly, this was a political statement meant to try to influence President Trump’s decision on whether to pull out of the deal,” John Hughes said, noting, “I think it’s mostly recycled material.”