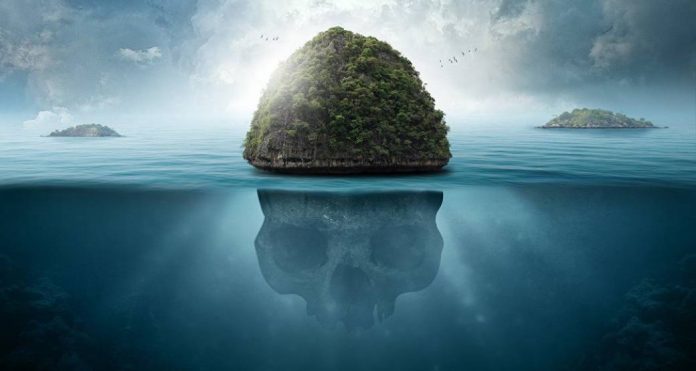 The existence of this “oxygenless” zone on the Gulf has been known for around 50 years, but only recently have scientists managed to measure how its borders have changed over the last few decades. The results were far worse than they had expected and only intensify concerns about the possible disastrous consequences.

So-called “dead zones” are areas of an ocean, which are significantly or completely deprived of life-sustaining oxygen. As a result no fish, animal or plant life can survive in such zones; things that enter these areas either flee or die there. Scientists started detecting such areas back in the 1970s and by 2008 had detected some 405 zones.

The zone that is located in the Gulf of Oman has been known for roughly 50 years, but for a long time scientists couldn’t monitor its condition.

“The Arabian Sea is the largest and thickest dead zone in the world. But until now, no one really knew how bad the situation was because piracy and conflicts in the area have made it too dangerous to collect data,” Dr. Bastien Queste from the UEA’s School of Environmental Sciences said.

Now that situation in the region has “cooled down” a bit, scientists have sent several underwater drones there, which studied the Gulf and found out that the degradation of the oxygen levels and growth of the zone were far worse than they had anticipated.

It now encompasses almost 165,000 square kilometers (63,700 square miles), which is bigger than, for example, the state of Florida or Scotland. And now it is made up entirely of zones either with low oxygen levels or ones with no oxygen at all.

“The area of dead zone is vast and growing. The ocean is suffocating,” Dr. Queste summed up.

What Are The Origins of Dead Zones?

Although such “oxygenless” areas can form naturally, the one that is in the Gulf of Oman is likely to be man-made, say the researchers from the US National Oceanic and Atmospheric Administration.

Many factors lead to the creation of dead zones in an ocean, but one of the most potent factors is nutrient pollution. The fertilizers that farmers use end up in the ocean due to drain water. There they disrupt the nitrogen cycle and start fertilizing what they aren’t supposed to — algae.

Although it seems rather harmless when decomposed algae is “eaten” by the ocean’s bacteria. However, these bacteria also actively use oxygen for their vital functions. As the bacteria grow, the oxygen supply diminishes until it reaches critical levels, the scientists explain.

What Are the Consequences for Humanity?

“Of course all fish, marine plants and other animals need oxygen, so they can’t survive there. It’s a real environmental problem, with dire consequences for humans too who rely on the oceans for food and employment,” Dr. Queste explained.

Indeed, many countries in the region actively use the Gulf for fishing and a nasty surprise awaits them, if the dead zone’s expansion continues. However, it is not the only threat such zones pose.

READ MORE: What Lurks in the Depths of the Ocean

As oxygen supply in the ocean diminishes, the nitrogen cycle becomes more and more disrupted, leading to nitrous oxide emissions into the atmosphere, explain the scientists from UEA’s School of Environmental Sciences. This gas is roughly 300 times more potent than carbon dioxide in terms of creating greenhouse effects that warms up our planet.

The problem is that the greenhouse effect only exacerbates the issue. Scientists are confident that as the oceans grow warmer their ability to hold oxygen slowly decreases, leading to the enlargement of the dead zones worldwide. Thus creating a vicious circle that threatens us with possible climate change and seafood supply problems.