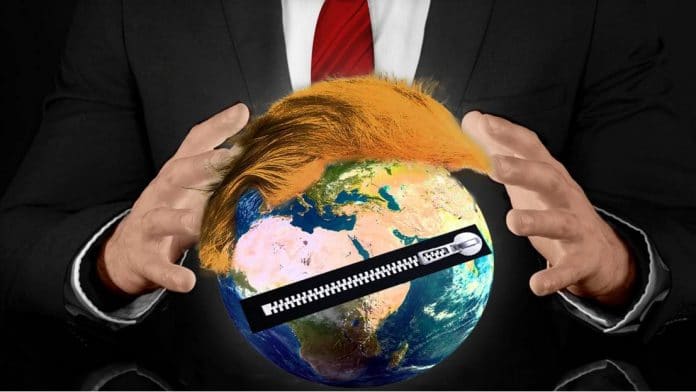 By Christopher Dickey for the Daily Beast

Editor’s note:  From time to time the MSM get’s it very right.  This op-ed by Christopher Dickey is important and deserves consideration.  There is much more to be said that Dickey didn’t cover but then this is one article, one great one.  Be sure to catch the 19 minute SouthFront video as well.  Support them as you can and us as well, I guess.

PARIS – “Fake news.” From the lips or fingertips of Donald Trump, as red meat for red-hatted fans at his rallies or Twitter fodder when he’s fresh out of bed in the morning, the phrase has become an incantation and an incitement. Any and all reporting critical of his rule is ipso facto “fake news,” because any purveyor of such stories is “the enemy of the American people.” He threatens to have broadcast licenses revoked, he singles out individual journalists for vitriolic opprobrium.

All that makes it hard for honest reporters to do their jobs in America. They are arrested covering demonstrations, attacked for asking the “wrong questions” of the wrong public officials, harrassed and sometimes beaten. But since Trump won the presidency of the United States, his “fake news” mantra has made life even more difficult – and dangerous – for reporters around the globe. It has been a gift to the world’s authoritarians and tyrants, a “trademark excuse for media repression,” as one study puts it, and the term has spread like a plague, weakening press freedom where it ought to be strong and helping to destroy it where it was struggling to survive.