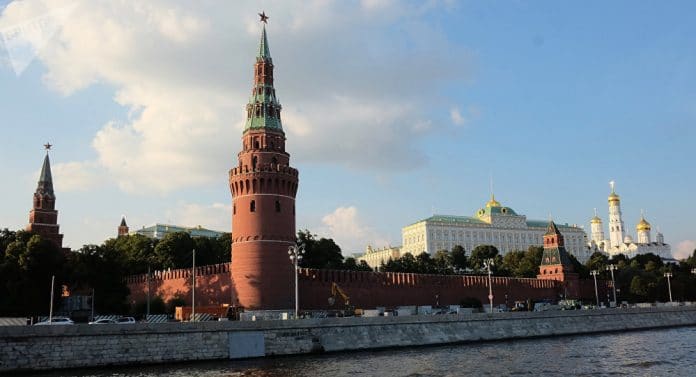 [ Editor’s Note: Is the worm getting ready to turn on Russian sanctions, with Germany leading the way? It’s still anyone’s guess. On the plus side, Germany did stand firm against US pressure to kill the new Nord Stream 2 gas pipeline.

There is no real talk of sanctions removal at this point, but this bringing Russia back into a G-8 structure could be a typical easy, first step, or just something for show.

Add into the backdrop that the EU tariffs that Trump temporarily extended will also be expiring. Will Trump use the tariffs as bait, easing up on them, but twisting arms on keeping the Russian sanctions going, and continued pressure on Syria? You bet he will.

If the EU gets played like this, it could boomerang politically on them domestically. Trump also might use the tariffs to blackmail them on being more flexible on sticking it to Iran. This is pure gangster politics among allies. It lowers the bar for all kinds of craziness to ensue.

The US has now given others permission to withdrawn from agreements to “pursue their interests”. That is one step away from a country like Israel that says “we don’t recognize any agreements or international law that we don’t like, and if you don’t like it, go take a hike.”

That said, Bibi took Israeli prestige, yes I know that is an oxymoron, down even lower with his latest Iran tirade, with his claims to have discovered Iran’s secret nuclear program. It was denounced worldwide by everyone but our new Secretary of State, Mr. Pompeo, the Dumbo “burning him down” as Gordon described it.

Get ready for worse things on the way, coming any day, I’m sorry to say … Jim W. Dean ]

“But we need the consent of others to do that. So, I believe that with the easing of economic sanctions, we should take a first step towards Russia, because this issue can be decided by Germany alone,” the politician told Augsburger Allgemeine.

In April, a few leading political figures in Germany voiced their desire to restore the G8 format during the upcoming G7 summit in Canada for a better dialogue with Moscow. The G7 summit will take place June 8-9 in Charlevoix, Canada.

Meanwhile, according to Reuters, the G7 countries are planning to stick to a tough course on Russia.

In 2014, seven of the states boycotted the G7 summit in Russia’s Sochi, citing disagreements over the Ukrainian crisis and reformatted the G8 to the G7.

Since then, high-ranking European officials have repeatedly expressed willingness to welcome Russia back to the group.