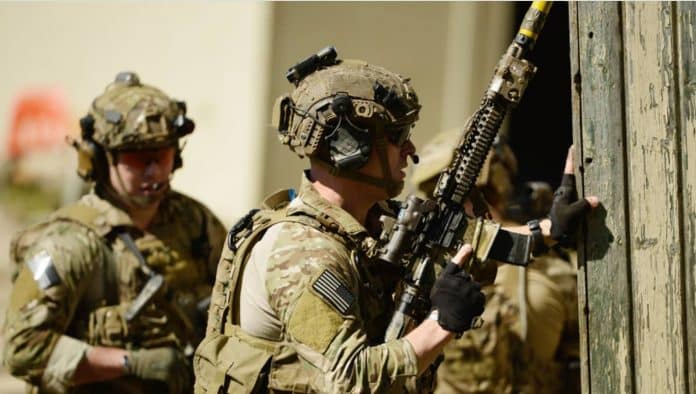 Editor’s note:  A couple of vital notes.  VT fired two editors over Jade Helm.  The army was stupid to hold this kind of drill in the first place but when VT traced the scare to Israeli penetration of the alternative media, not Russia “bots” at all, we began to see a need for “house cleaning.”

This is another story, like those covering the holocaust, the whining and crying over “anti-semitism (as though Jews were actually “semites’) and the Wikileaks crap, that proves the Russia media to be CIA/Mossad controlled to a significant extent.

I sat down with Gene Khrushchev for hours, going over the breakup of the Soviet Union, where he went from military commander and diplomat to “unemployed” and on the payroll of American corporations like IBM and Booz Allen Hamilton.

When Russia came alive again, under Putin, some “got with the program” while others stayed on the CIA payroll, which in reality means working for the Mossad.  This is just one of the many stories where the Russian media trips over their own “Trumplets.”

The almighty Russian bots were to blame for panic and paranoia around military drills held in Texas and six other states in 2015, claims former CIA head Michael Hayden. As is the tradition with bot theories, he cites zero proof.

Claims of impending martial law and other nefarious plots floated around the internet ahead of eight weeks of military exercises held by US Army Special Operations Command in seven states across the southwest. Known as Jade Helm 15, the special forces exercises were held on “private and public” land, and were nearly completely off-limits to the press. To add to the paranoia smorgasbord, Obama-loathing, gun-toting Texas was labeled “hostile” territory for the purposes of the drills. 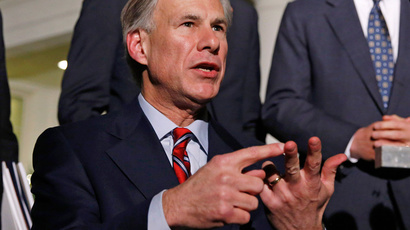 In Hayden’s expert, ex-spook opinion, there’s only one reason why Texans distrusted Jade Helm. Hint: It starts with an “R” and ends with “ussia.”

“There was an exercise in Texas called Jade Helm 15 that Russian bots and the American alt-right media convinced most – many – Texans that [Barack] Obama planned to round up political dissidents,”Hayden told MSNBC’s Morning Joe on Wednesday. “At that point I’m figuring the Russians are saying: ‘We can go big time.’ And at that point I think they made the decision: we’re going to play in the electoral process,” he added.

It’s unclear whether Hayden can read minds, or just didn’t find it necessary to provide evidence for his claim.

Dubious theories about Jade Helm’s hidden objectives received widespread coverage in the mainstream media, which at the time seemed to unanimously blame conspiracy-minded websites such as InfoWars for fanning the paranoia flames.

But suspicion about the drills was not limited to the more imaginative corners of the internet. Louie Gohmert, a Republican congressman from Texas, also voiced concern over the drills.

“Once I observed the map depicting ‘hostile,’ ‘permissive’ and ‘uncertain’ states and locations, I was rather appalled that the hostile areas amazingly have a Republican majority, who ‘cling to their guns and religion’ and believe in the sanctity of the United States constitution,” he said, making reference to a comment Barack Obama made about conservative voters during his 2008 election campaign.

Texas senator and former presidential candidate Ted Cruz took a similar line, telling Bloomberg at the time that he could “understand” why people were worried about the drills.

READ MORE: Chuck Norris karate-kicks trust in govt ahead of US military drills

Even legendary action star Chuck Norris weighed in on Jade Helm. “The US government says, ‘It’s just a training exercise.’ But I’m not sure the term ‘just’ has any reference to reality when the government uses it,” Norris wrote in a column shortly before the drills began.

Wait a minute – is Russia now responsible for what Kanye West and Chuck Norris write on the internet?