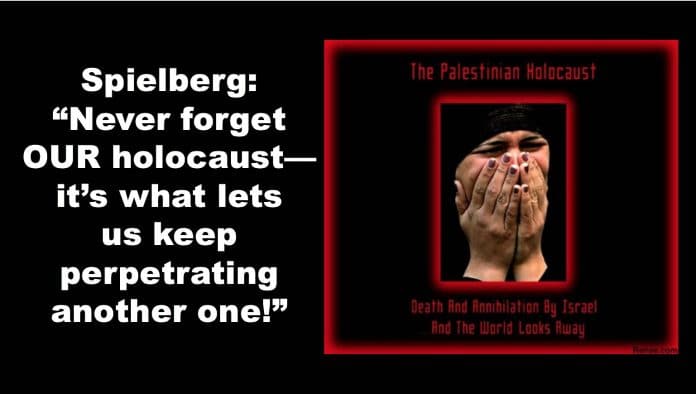 “They would basically be like Jurassic Park, taking you back in time and terrifying the living daylights out of you,” Spielberg explained. He added that instead of killer dinosaurs, the parks would feature AI-driven Nazi androids who would round up visitors, strip them of their clothing, and herd them into ultra-realistic gas chambers. 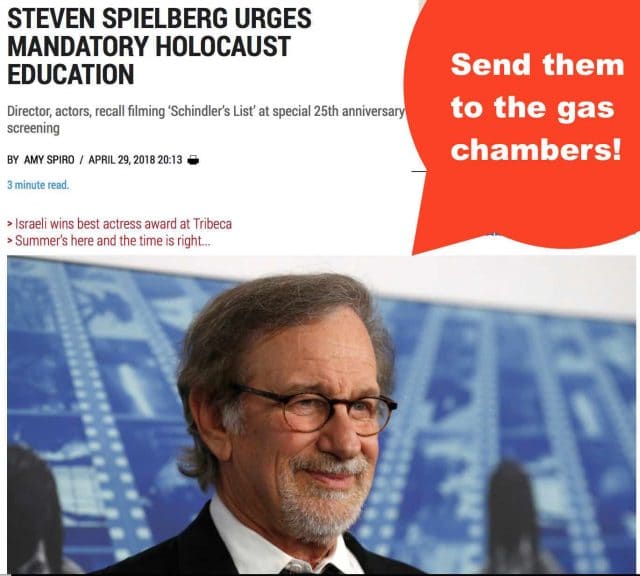 Spielberg cited polls showing that a substantial number of Americans do not know or care about the holocaust, while a few even question some of its most sacred historical details. “The best way to make sure that no American ever, ever forgets the holocaust, not even for one single millisecond, is to strip the entire population naked and herd them all into gas chambers,” the celebrated director of Schindler’s List asserted. “And what better way to do so than by using that quintessentially American institution, the cheesy theme park, pioneered by that nasty old anti-Semite Walt Disney? After all, theme parks and other schlocky immersion experiences like my movies are where goys get what passes for education.”

When a skeptical reporter asked whether Americans would be willing to pay to undergo a terrifying and degrading “authentic gas chamber experience,” Spielberg explained that the theme parks would have to be rolled out as mandatory entertainment: “Every high school student in America should be required to spend a year studying the holocaust. They will be assigned the leading defenses of the sacred official version, namely Denying History by Shermer and Grobman and Denying the Holocaust by Lipstadt, alongside Debating the Holocaust by Thomas Dalton. Then the students will be bussed to a nearby Holocaust Theme Park, stripped naked, and herded into gas chambers. The ones who think Dalton raises any legitimate questions will be sent to special gas chambers equipped with shower heads that emit real Zyklon B. AI-driven Nazi androids will dispose of their bodies by burning them, burying them in marshes, digging them up, burning them again, and burying them again, leaving no forensic traces and providing a ‘final solution’ to the problem of holocaust skepticism.”