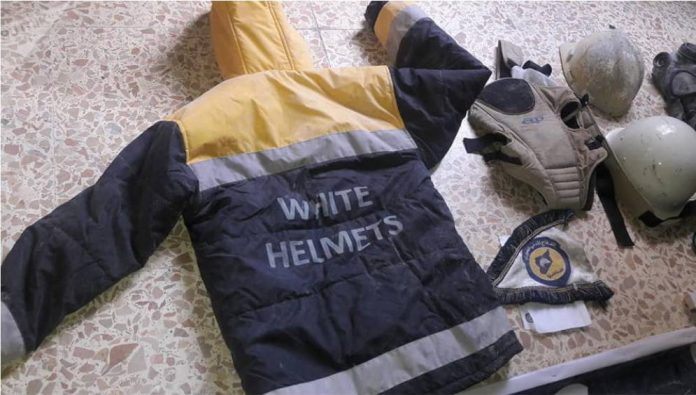 We tracked the ADL to Israeli spy agencies and the theft of US nuclear material used in 9/11.  We had long been briefed on their staged attacks on synagogues and their endless campaign of spray painting swastika’s.

Then we found them behind White Supremacist and neo-Nazi websites like “RatFacedJews dotcom” and “StormFront.”  They also work closely with InfoWars, a recognized Zionist front.

The controlled “anti-semitic” opposition, has invariably supported Zionist controlled candidates like Bush and Trump, doing Israel’s bidding and fully behind the open slaughter of as many Americans as possible, false flag terrorism/shootings and fighting Israel’s imaginary enemies.  The White Helmets are on of a series of targets of VT investigations.

The White Helmets, though openly a CIA/MI6 franchise, is Mossad managed, just like Donald Trump.

The Trump administration’s reported halt to the flow of aid funding to the White Helmets, an NGO characterized in the West as a rescue organization and reviled in Damascus as ‘al-Qaeda’s civil defense’, has prompted a debate about the organization’s future. Sputnik investigates.

White Helmets’ head Raed Saleh has confirmed that State Department cut funding to his organization, previously amounting to a third of the group’s total budget, has stopped in recent weeks. The frozen funding is part of a larger $200 million Syrian aid package frozen in March and remains “under review,” according to the State Department.

However, according to journalist and Middle East expert Andrei Ontikov, the cut in US funding, temporary or not, does not mean that the group, known for the creation of video fakes serving as a pretext for Western intervention in Syria, will stop its activities.

“The suspension of State Department funding does not mean that this organization will cease to exist, or stop doing what it has always done: carrying out false flag operations and producing videos,” Ontikov said. “After all, the White Helmets have other sponsors, the UK for example, which according to some sources spends even more on them than the Americans,” he added.

A Foreign Office spokesperson confirmed to Sputnik Friday that the UK would continue its financial support for the organization, notwithstanding any possible US funding cut. In 2016, foreign secretary Boris Johnson allocated tens of millions of pounds’ worth of support to the group.

As for the claim, regularly repeated in Western media, that the White Helmets is strictly a civil defense organization, Ontikov pointed out that this ‘rescue group’ “operates exclusively in areas where armed and often outright terrorist groups operate.””Where did the White Helmets go from Douma, where a chemical attack supposedly took place? Why did these ‘activists’ disappear on the eve of the arrival of the OPCW* inspectors?”, the journalist asked.

“One gets the distinct impression that they put on white helmets for the camera, while in reality they’re ordinary militants involved in fighting, smuggling, the trade in goods at inflated prices to the local population, and similar activities. If we’re talking about the humanitarian aspect, the White Helmets have repeatedly tarnished themselves by providing false information, and releasing staged videos,” he added.

According to Ontikov, the most “paradoxical” element in the White Helmets story is that some countries continue to take the information the group supplies as a basis for evidence to be discussed at the UN, or event as a pretext for aggression against Syria, as occurred last month, when the US, the UK and France launched missile strikes into the war-torn country over since-discredited allegations of a chemical attack in Douma. 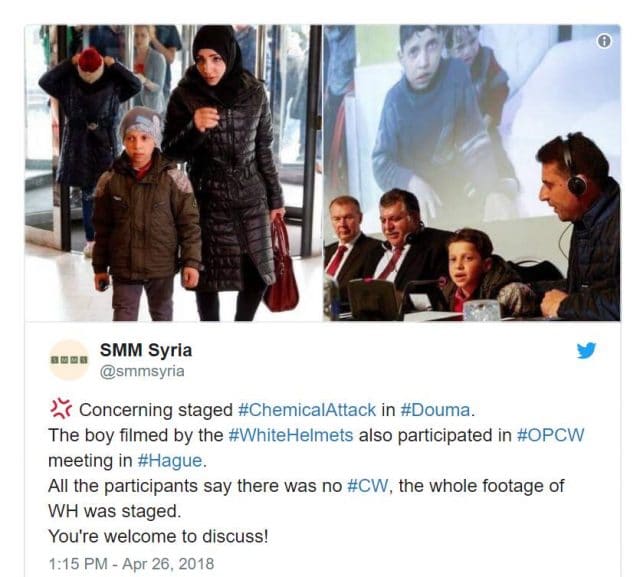 Boris Dolgov, a senior fellow at the Center for Arab and Islamic Studies at the Institute of Middle East Studies, is less surprised, recalling that the White Helmets was created with the assistance of Western intelligence. Primary support and training for the White Helmets was originally provided by former British Army officer and mercenary James Le Mesurier. 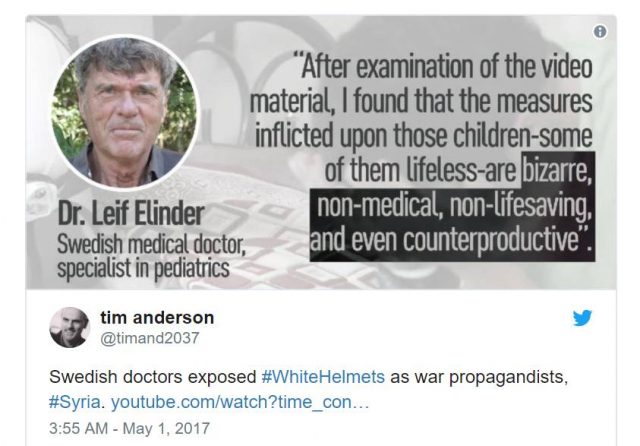 “Their main mission is media coverage, which provides the West with a pretext for intervention, including military intervention, in the Syrian conflict,” the academic noted.

According to Dolgov, the State Department’s decision to freeze its White Helmets funding is logical, even if temporary. “First, they want to dissociate themselves from those who have been discredited, including in the Western media itself. It’s possible that another organization will be created to take the White Helmets’ place.”

“Members of the White Helmets have been identified as members of armed Islamist groups, not only by Russian and Syrian sides, but by Western mass media. It’s difficult to explain to the world community why such militants are being financed,” the academic added.

For his part, Vladimir Fitin, an expert from the Russian Institute for Strategic Studies, told Sputnik that the White Helmets’ funding cut off was likely the result of their failure on a technical level, with the fake nature of their work simply becoming too obvious to be effective.

*Organization for the Prohibition of Chemical Weapons

The views and opinions expressed by Andrei Ontikov and Boris Dolgov are those of the experts and do not necessarily reflect those of Sputnik.