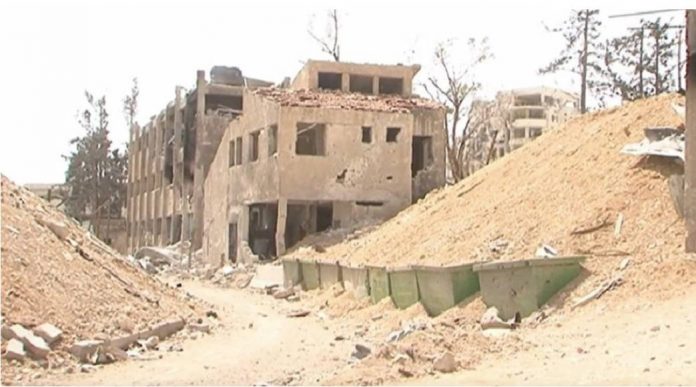 Editor’s note:  Keeping with VT’s reputation, we looked into Think Progress and found it controlled by Neera Tanden, a Hillary Clinton acolyte.  With George Clooney, who we have asked for an interview about his backing of the White Helmets (we want to know if he is jumping ship on them now that they are exposed as a terror group) and other “lefties” backing the CIA/Mossad war on Syria and Iran, we are seeing the degree of total and absolute control Washington is under.

They might want to think about stopping elections in general and tattooing numbers on all of us.

Reporter Pearson Sharp, who visited Douma, Syria, about 10 days after a chemical attack allegedly took place there, spoke with Sputnik Radio’s Fault Lines with Garland Nixon and Lee Stranahan on Monday after he was smeared by ThinkProgress.

Pearson said that after the Khan Shaykhun chemical attack that spurred US President Donald Trump to fire almost five dozen Tomahawk missiles at the Shayrat Air Base in Syria in April 2017, he was motivated to find out if it was really true that there was evidence that Syrian President Bashar al-Assad had used chemical weapons to kill Syrian civilian targets in Douma, as London, Washington and France have alleged.

When visiting Douma, Pearson explained that instead of describing what he personally saw, he wanted to put the camera on people in the town instead and let them tell the story. After interviewing dozens of Douma residents, Sharp found that “consistently, not one person in the town said they heard anything about an attack.”

ThinkProgress tried to diminish the journalist’s integrity by impugning his employer, One
America News Network (OANN), as a “far-right, pro-Trump media outlet.” However, that accusation has little traction, since if Sharp had wanted to parrot the Republican US president, he wouldn’t have reported that there was no evidence of a chemical attack in Douma — the opposite of what the White House continuously claims.

​ThinkProgress accused OANN on April 18 of “defending the Syrian government against claims that it had used chemical weapons on its citizens,” which is clearly a made-up claim with no evidence, Sharp told Fault Lines. Sharp noted that he would not have hesitated to report that Assad did use chemical weapons if that’s where the evidence pointed.

“That was the whole point. In a way, it wasn’t me reporting; it was the people reporting and I was just giving them the camera. Whatever they said would have gone on camera, regardless” of whether the accounts he heard aligned with a political stance, the journalist told Sputnik.

ThinkProgress tried to make a crime out of Sharp’s decision not to manipulate the accounts he was receiving, writing, “at no point does OANN try to mask the pro-Assad language peppering the report.” They complain that Sharp offers no evidence for their “wild claims” — though of course, the US, UK and France have also failed to demonstrate the truth of their allegations that a chemical attack did take place, let alone what agents were used and by whom. 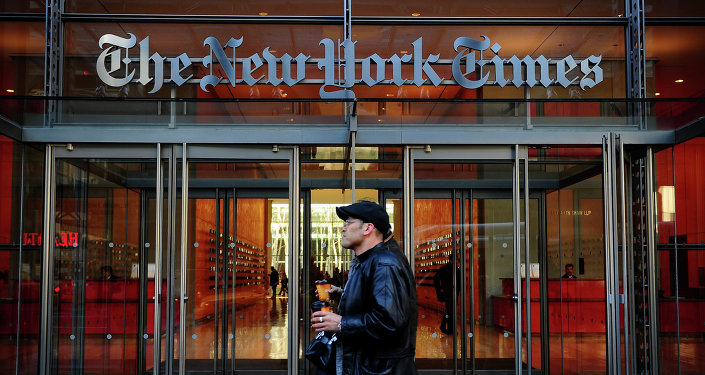 Before the Western coalition carried out their retaliatory attack on Syria, the head of the Pentagon literally told Congress the US had no evidence of an attack other than social media reports — truly bulletproof reporting worthy of a response by the full force and might of NATO forces.

“OANN and Sharp’s reporting falls short in many respects, but perhaps most glaring is its apparent inability to provide concrete evidence to support any of its wild claims,” ThinkProgress said in its April 16 report, “Far-right website claims it found no evidence of a chemical attack in Syria: The latest instance of far-right media pushing a ‘false flag’ conspiracy theory.”

The outlet, on the other hand, confidently claims that “The April 7 attack left at least 70 people dead and around 500 others exposed to deadly nerve agents. The Syrian Army is suspected to be behind the attack, which targeted rebel forces who had recently agreed to hand over the territory to the government,” without citing any evidence of its own.

Former British Ambassador to Syria Peter Ford told Sputnik that the “rebel” militants from Jaysh al-Islam had pre-arranged buses to take them out of Douma to the northern city of Idlib; there was absolutely zero military reason for Assad to use chemical weapons and a whole list of reasons why Assad would be leery of using chemical weapons, not the least of which being that it would provoke the militaries of the US, UK and France to launch airstrikes on the country.

US Reporter in Douma: Nobody Heard or Saw Anything Like a ‘Chemical Attack’ (VIDEO)

“The idea that Assad would — having virtually reconquered Eastern Ghouta — wait until the end of this very successful recovery operation to launch a completely unnecessary attack on a bunch of civilians… really, you have to be totally naïve to believe Assad would see any advantage in this,” Ford told Sputnik in April.

ThinkProgress took issue with the fact that Sharp reported from Syria with the permission of the country’s government. Pearson contends this didn’t impact his reporting in the least in terms of who he was able to interview.

“We were brought in, the government just sort of dropped us off in these neighborhoods and hung back and let us go where we wanted to go. A lot of the reporters stayed around the cars, talking to people in that area. I tried to wander as far as I could, talk to as many people as I could, and get away from that area. I literally walked blocks away — out of sight of the government cars we were with — and talked to random people on the street with an interpreter,” Sharp said.

“Not one person had seen or heard anything” about a chemical attack, Sharp emphasized.

“The point to make here, to emphasize is, I’m not a weapons expert, I’m not a chemical munitions expert. I don’t know for a fact that there was or wasn’t [a chemical attack]. But I did go there and I did talk to everybody who was there when it was supposed to happen and none of them saw anything,” he added.

‘Chemical Attack’ in Syria: Trump’s ‘Leash Is Being Yanked By Islamic Jihadis’
(Editor’s note:  Why does Sputnik have its nose so far up Israel’s behind?  Can’t they simply state the obvious here?)

And while ThinkProgress contends that the “ultra-right” OANN is a Trump propaganda outlet, in fact, OANN reported that it’s not at all clear or obvious that the pretext for Trump’s “smart” missile attack on Syrian targets is on the level. It seems strange to degrade the reporting of another journalist for allegedly being pro-Trump when that journalist is reporting information that stands in stark contrast with the official White House narrative — particularly as you yourself actually repeat the Trump administration’s version of events. But that’s what ThinkProgress has done.

ThinkProgress is apparently convinced by the White House’s secretive “evidence” that a chemical attack took place in Douma. It’s a remarkable about-face for ThinkProgress, which reported, “No, there are still no WMDS in Iraq” in 2014, to now become a lapdog of the powerful and disseminate the US government’s bold speculative claims as the ubiquitous background story on Douma and smear reporters who don’t obediently echo the same perspective.