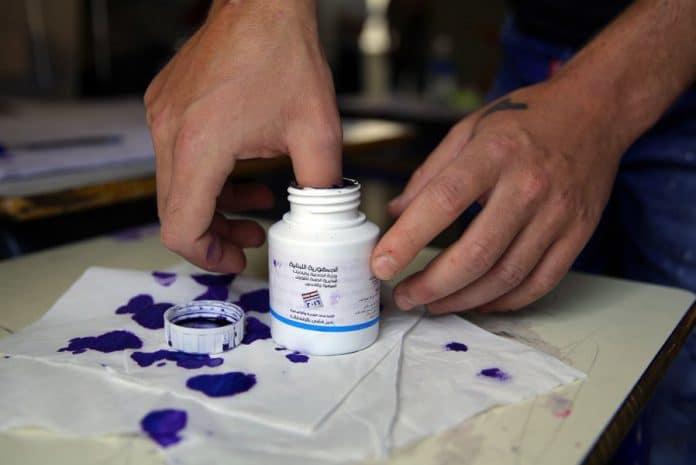 [ Editor’s Note: Hariri’s playing the puppet for Saudi Arabia bombed at the polls. That came as no surprise as it was a shameful event, but losing a third of its seats will not hurt the party’s power as the Saudis can make up for electoral loses by buying off those that won.

Hariri might have only 16% of the seats but he still has that Saudi cash behind him. Hezbollah and friends getting the most votes was no surprise either.

Their segment of the country has deep roots as the defender of Lebanon’s Israeli front and Iranian backing to balance out the Saudi influence.

Iran rebuilt a lot of the bombed out infrastructure in the last war with Israel, and of course took advantage to build a lot of under ground infrastructure, which is how one survives an urban bombing campaign.

So far Lebanon has not gotten sucked into the US Coalition War of Terror on Syria. The country has a long history of political finesse when it comes to avoiding being on the chopping block in geopolitical wars.

It has no economic resources for others to long after. And it’s long running refugee problem with not only Palestinians but now the Syrians, has its infrastructure sorely taxed. Garbage is now simply dumped into the sea as there in no place else to put it.

Lebanon is important primarily due to its location, a buffer for sides that need a buffer. But despite its pressures and problems it is a vibrant multi-cultural country with a history of dealing with different cultures and religions. Doing business is what holds in all together. We hope that glue will continue to stick … Jim W. Dean ]

Lebanese Prime Minister Saad al-Hariri says his party has lost a third of seats in the Sunday parliamentary elections, winning only 21 seats, down from the 33 it had been holding since the last time Lebanon elected a parliament in 2009.

Hariri made the announcement in a televised statement on Monday, saying that despite gains in Sidon, Tripoli, Beirut and Western Bekaa Valley, the Future Movement had only won 21 out of 128 parliamentary seats.

The election results, however, still make Hariri the frontrunner to form the next government as the Sunni leader with the biggest bloc in parliament.

The Lebanese premier said he extended his hand to all political factions in order to fulfill the wishes of the Lebanese people who “voted for security and stability of Lebanon.”

“I extend my hand to every Lebanese to participate in shoring up securing political stability and to improve the lives of all the Lebanese,” Hariri noted.

The prime minister also said that the international community should look at the results of Lebanon’s election in a “very positive way.”

Lebanon’s first parliamentary vote in nine years was held on Sunday, with over 500 candidates vying for seats. Turnout was 49.2 percent, according to officials. Unofficial results from Lebanon’s parliamentary elections show that the Hezbollah resistance movement and its political allies secured over half the seats.

Hezbollah as well as groups and individuals affiliated to it have won at least 67 seats in Lebanon’s parliament, according to the results cited by politicians and campaigns and reported in Lebanese media.

The parliamentary seats are split evenly – 64 for Christians and 64 for Muslims, including Druze, with the two halves further divided among 11 religious groups.

An anti-Hezbollah alliance led by Hariri and supported by Saudi Arabia won a majority in the Lebanese parliament in 2009, but it has since disintegrated.