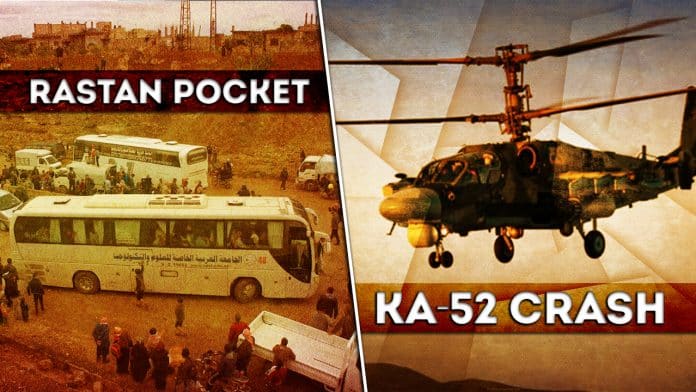 An evacuation of militants and their supporters has started in the Rastan pocket in northern Homs.

On May 7, 62 buses carrying out a batch of militants left the area towards the northern town of Jarabulus currently controlled by Turkey and its proxies. A second batch is set to leave the area on May 8. According to local sources, about 3,000 persons are set to be evacuated.

Prior to the start of the evacuation, local militants handed over 6 battle tanks, 3 BMP vehicles, two Shilka vehicles as well as mortars, anti-tank guided missiles, surface-to-air missiles and other weapons.

The evacuation process is expected to be finished within up to 7 days. Once this is done, government forces will re-establish full control of the Rastan pocket and re-open the strategic Homs-Hama highway.

In southern Damascus, government troops have captured the IT Secondary School and a number of buildings in the western part of the al-Hajar al-Aswad district from ISIS.

The Syrian Army has also entered more areas in the eastern part of the militant-held pocket in the Damascus countryside where an evacuation of non-ISIS militants is now ongoing.

On May 7, a Russian Ka-52 attack helicopter crashed in eastern Syria, the Russian Defense Ministry announced. The incident took place during a routine flight. Two pilots died. According to preliminary data, a technical failure may have been the reason for this crash.

Previously, on May 3, a Russian Su-30SM fighter jet crashed off the coast of the Syrian province of Latakia resulting in the death of two pilots. The May 3 incident was also caused by a technical failure, according to preliminary data. On March 6, a Russian An-26 military transport aircraft crashed during landing at Hmeymim airfield. 33 passengers and six crew members died in the incident.

Israel will “eliminate” Syrian President Bashar Assad if he continues to let Iran operate from Syria, Israeli Energy Minister Yuval Steinitz threatened on May 7, according to the news website ynet.co.il.

Steinitz said that Assad needs to understand that if he allows Iran to turn Syria into a military base to attack Israel, this will be his end.

“It’s unacceptable that Assad sits quietly in his palace and rebuild his regime while allowing Syria to be turned into a base for attacks on Israel,” Steinitz said.

The remarks triggered significant jitters in the media and Steinitz was forced to clarify that his comments reflect his personal opinion. However, the May 7 remarks were far from the first time when Israeli officials threatened or vowed to assassinate Assad.

These remarks clearly show the real attitude of Tel Aviv towards the Syrian conflict.