[ Editor’s Note: Well it seems that Stormy Daniel’s attorney got into Michael Cohen’s shorts, meaning he used the discovery process to get into Cohen’s bank accounts and found a yellow brick road.

Those familiar with what you will see in the Scribd below, many would view as money laundering using the old consultant fee scam, which does not work so well with large amounts of money.

Then there are the oligarch inflows, and what looks like bag man payments for those wanting an audience with you know who. As you look down the list each one of these transactions could be a separate charge.

By using an “on shore” account, even a domestic dispute could expose it all via the discover process, which is why people use off shore accounts as you at least have jurisdictional hurdles.

A high level money laundering operation will run the money through 10 to 15 different jurisdictions before disbursing in a country that is not friendly to Western subpoenas. We will be hearing more about this over the next few days.

If the noose is tightening around Trump, would he fight back by creating a world upheaval so great, like a war, to make himself too valuable for removal? I think he would do anything to save himself, literally. We will have to wait and see … Jim W. Dean ]

(CNN)  Special counsel Robert Mueller’s investigators have questioned a Russian oligarch about hundreds of thousands of dollars in payments his company’s US affiliate made to President Donald Trump’s personal attorney, Michael Cohen, after the election, according to a source familiar with the matter.

Viktor Vekselberg, chairman of asset manager Renova Group, is an oligarch close to Vladimir Putin, and last month the Trump administration placed him on a list of sanctioned Russians for activities including election interference.
–
The purpose of the payments, which predate the sanctions, and the nature of the business relationship between Vekselberg and Cohen is unclear.
–
The scrutiny of the payments could add to the legal troubles for Cohen, whose home and office were raided last month as part of a criminal investigation by federal prosecutors in Manhattan. In court documents, the prosecutors said at least part of their inquiry stemmed from a referral from Mueller’s office. 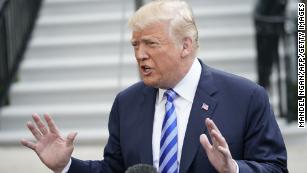 The questions asked of Vekselberg suggest that Mueller investigators have been examining some of Cohen’s business relationships as part of the investigation into Russian meddling in the 2016 presidential election.
–
Vekselberg is one of two Russian oligarchs the FBI stopped earlier this year after their private jets landed in New York-area airports as part of Mueller’s investigation.

Executive Summary by Zerohedge on Scribd