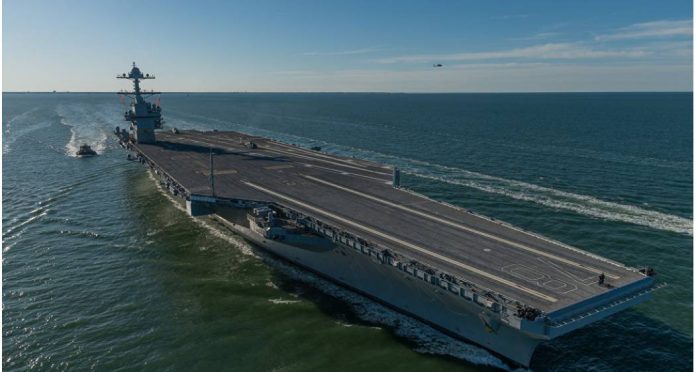 A manufacturing error on the US Navy’s newest multi-billion dollar aircraft carrier forced the ship to end shakedown testing and head back to port, Bloomberg News reports.

The $12.9 billion USS Gerald R Ford sustained a propulsion system failure while undergoing sea trials to test the ship’s ability to handle the big blue and work out any kinks. The breakdown took place in January but was only disclosed four months later after Bloomberg News gained access to a US Navy internal memo from Naval Sea Systems Command.

“Navy officials didn’t disclose the problem during budget hearings before Congress in recent weeks and House and Senate lawmakers didn’t ask about it,” Bloomberg observed. 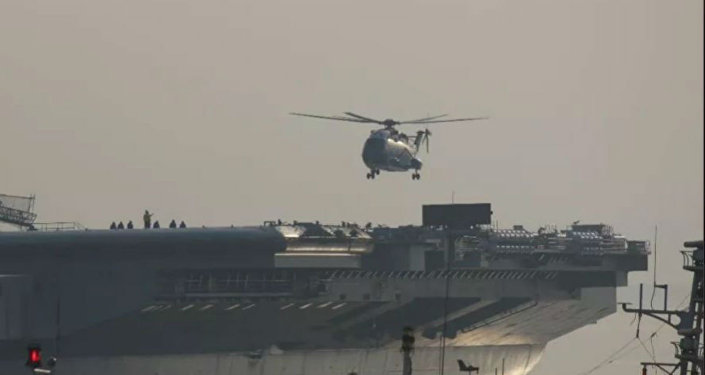 According to the memo, shipmaker Huntington Ingalls told the Navy the failure was triggered by a “manufacturing defect” and “not improper operation” by US Navy personnel aboard the ship.

Along with the Navy, a significant contingency of US lawmakers are aggressively pursuing a strategy to procure two Ford-class aircraft carriers in fiscal year 2019, which would expand total procurement of the colossal new ships from three to four. The program, once estimated to cost $42 billion for three ships, will balloon to $58 billion if the appropriations committee lawmakers get what they want.

This goal is also in line with US President Donald Trump’s 2017 vow, made in Newport News, Virginia, where one of Huntington Ingalls’ shipyards is located, that his administration would deliver the “12-carrier Navy we need.” The Navy’s 355-ship goal, revealed in December 2016, also calls for 12 active carriers. 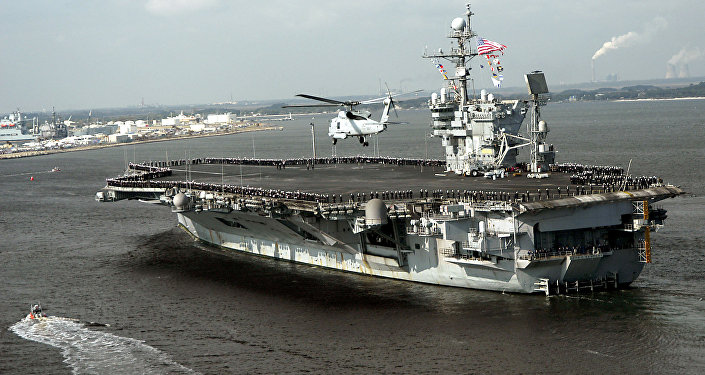 Even if Huntington Ingalls gets the dual-carrier “bundled” contract, US policy experts say it could be a long time before the US Navy’s 355-ship fleet becomes a reality.

“Even with increased shipbuilding rates, achieving certain parts of the 355-ship force-level goal — particularly the 12-ship goal for aircraft carriers and the 66-boat goal SSNs [nuclear-powered attack submarines] — could take many years,” Ronald O’Rourke, Specialist in Naval Affairs at the Congressional Research Service, said in an April report.