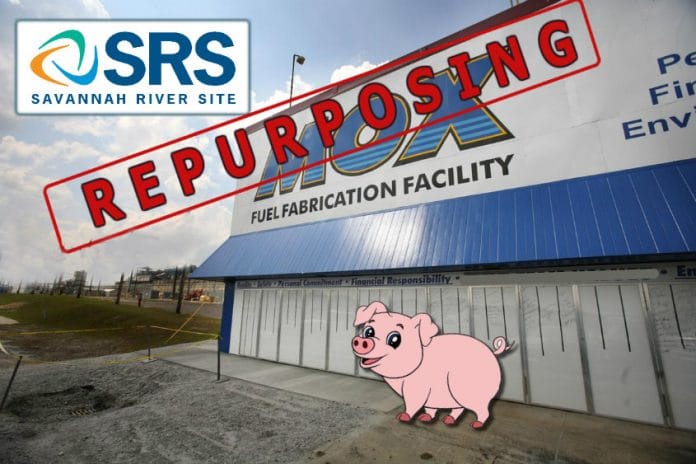 LANL will maintain production of 30 plutonium pits per year, while the Savannah River Site in South Carolina will produce 50 pits per year, according to a decision made public Thursday by the NWC and the NNSA.

“This two-prong approach – with at least 50 pits per year produced at SRS and at least 30 pits per year at LANL – is the best way to manage the cost, schedule, and risk of such a vital undertaking,” said Ellen M. Lord, the Under Secretary of Defense for Acquisition and Sustainment and the chair of the NWC, and Lisa E. Gordon-Hagerty, the Dept. of Energy Under Secretary for Nuclear Security and the administrator of the NNSA. . .

The NNSA was given a mandate by Congress to manufacture 80 plutonium pits per year by 2030 as part of a nuclear weapons modernization plan. . .

Coghlan said he believes the split plan will ultimately fail.

“NNSA’s decision appears to be a rational one within the limits of existing law,” Mello said. “LANL can’t handle the industrial mission and there was always going to be an overlap between small pit production at LANL and the establishment of any new production site.”

“Pit production isn’t needed for decades, even for a large arsenal, but Congress has demanded it, so the bulk of the work will leave LANL. The R and D (research and development) work will stay behind. This transition is many years down the road. Pit production will always be difficult, expensive and dangerous wherever it’s done.”

[ Editor’s note: While the need for pit production can be socially debated, the transfer of pit manufacturing expertise from one generation of technicians to the next involves a lengthy and sophisticated apprenticeship, supported by funding and facilities not found in academia. ]

A fact sheet about the decision can be found here.

“While we are pleased that Los Alamos National Laboratory will remain the Research & Development Plutonium Center of Excellence and will be allowed to expand their plutonium pit production capability with a new multi-billion investment, halting the long-planned modular expansion of LANL’s facilities for plutonium pit production will set back our military’s life extension programs and stretch the Lab’s existing facilities and workforce to its limits.

“In the same week the Trump Administration green-lighted Iran’s nuclear weapons program – they are suggesting setting back modernizing our own – an effort that is essential for safety, security and reliability. . .”