Jonas E. Alexis: If you don’t think that Washington is overcrowded with political prostitutes for Israel and the powers that be, then pay close attention to a letter that my dear friend Mark Dankof has recently sent to Senator John Cornyn. 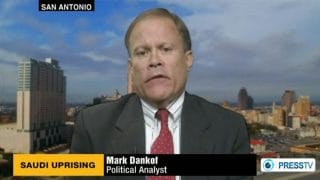 Here is the letter:

I thank you sincerely for taking the time to write a response on this issue of Iran, JCPOA, the Middle East, and American National Security Policy, even as I find your arguments unconvincing.

I’m convinced that Pat Buchanan, David Stockman, Dr. Philip Giraldi, and Ted Snider are all on target with the mistaken character of an Israeli driven American foreign policy on Iran, and the JCPOA treaty in particular.

When time permits, it is my hope that you would review these articles:

Again, I want to thank you and your staff for a reply, although you and I will never be on the same page on this issue. I personally believe the United States is being primed for another disastrous military conflict in the Middle East at the behest of Mr. Netanyahu and the Neo Conservatives in our media and government, a conflict that may carry us into a Third World War for absolutely no viable reason. Please reconsider your position carefully.

Thank you for contacting me regarding the United States’ policy toward Iran. I appreciate having the benefit of your comments on this important matter.

Iran represents a growing threat to the United States and the international community. The Iranian regime’s drive to acquire nuclear weapons remains of grave concern, as it continues to pose a major, long-term threat to our national security.

Furthermore, the regime’s public calls for the destruction of Israel—our friend and ally—and its support of terrorist organizations and other enemies of the United States are clear examples of its reprehensible pattern of conduct. Through this rhetoric and other actions, Iran continues to foster instability in the Middle East.

To that end, I remain deeply troubled by then-President Obama’s 2015 nuclear agreement with Iran that included generous relief from sanctions, but allows Iran to maintain a substantial nuclear infrastructure.

Most concerning, the agreement abandoned the longstanding U.S. policy of preventing Iran from advancing its nuclear program in favor of a feeble containment policy. The deal leaves Iran on the threshold of obtaining a nuclear weapon, as well as formally lifts sanctions on Iran’s conventional weapons trade in five years and ballistic missiles trade in eight years.

Since the negotiations between the P5+1 countries and Iran began in November 2013, I have supported legislation that seeks to eliminate the Iranian nuclear program.

During the 114th Congress, I was proud to have joined with my Senate colleagues in cosponsoring the Nuclear Weapons Free Iran Act of 2015 (S. 269), in an effort to maintain the pressure of strong economic sanctions against Iran. After President Obama formally submitted the agreement to Congress on July 17, 2015, I voted to reject the agreement; however, Senate Democrats employed the filibuster, a Senate parliamentary procedure, to prevent a formal disapproval vote on the nuclear agreement before the September 17, 2015 deadline.

I also voted in favor of the Iran Sanctions Extension Act (P.L. 114-277), which passed the Senate on December 1, 2016 and became law on December 15, 2016, and extends existing sanctions on Iran for ten years. Most recently, I cosponsored the Iran Non-Nuclear Sanctions Act (S. 227) and the Countering Iran’s Destabilizing Activities Act of 2017 (S. 722), which would both strengthen sanctions on Iran for its ballistic missile activity, human rights violations, and support of terrorism.

The Iranian regime’s pursuit of nuclear weapons, continued support for terrorism, undermining of the Middle East peace process, and dismal human rights record are unacceptable. Iran’s draconian constraints on free expression—in particular its harsh repression of ethnic and religious minorities—have drawn criticism not only from the United States, but also from the United Nations.

The United States must continue to send a clear message to Iran’s leaders that actions threatening peace and security in the Middle East and around the world will not be tolerated. You may be certain that as a member of the Senate Select Committee on Intelligence, I will work to ensure the safety of the United States.

I appreciate having the opportunity to represent Texas in the United States Senate. Thank you for taking the time to contact me. 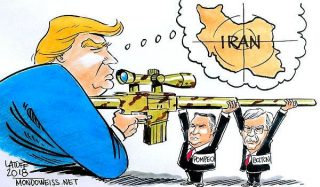 “International support for the 2015 nuclear deal between the P5+1 (China, France, Germany, Russia, the United Kingdom and the United States) and Iran remains strong, despite comments by U.S. President Donald Trump threatening the future of the agreement.”

Senator Cornyn will ignore history, morality, and even logic in order to maintain the incoherent thesis that Iran wants to wipe out Israel, that Iran supports terrorist organizations, and that Iran is an enemy of the West. Cornyn declares that Iran has “draconian constraints on free expression” which suppress “ethnic and religious minorities.”

Nothing could be further from the truth. We have already seen in the previous article that Iranian Jews in particular have never felt threatened in the country. And if Senator Cornyn wants to talk about “free speech,” why does he stay silent about Saudi Arabia, America’s ally in the region? Does he mean to tell us that he doesn’t know that the Saudis are still chopping people’s heads off in broad daylight? Even Newsweek, of all places, declared back in 2014 that “When it comes to beheadings, ISIS has nothing over Saudi Arabia.”[1]

Senator Cornyn will never look at these issues in a rational way because they ruin his Zionist position. The late US Congressman Jim Traficant had every right to call those people prostitutes.

[1] Janine Di Giovanni, “When it comes to beheadings, ISIS has nothing over Saudi Arabia,” Newsweek, October 14, 2014.