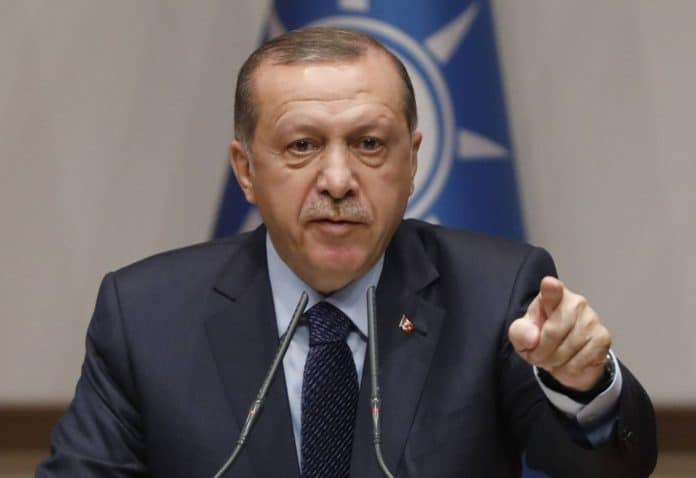 Take the clock back only a couple of days and we have Benny Netanyahu with Putin reviewing the troops on V Day in Moscow, same time Benny is bombing Syria.

In an interview with BBC Arabic on Sunday, Erdogan said that Israel is “sowing fear and pushing” the Middle Eastern “region to war.”

The Turkish leader also denounced an Israeli airstrike on Syria that took place three days ago, calling it an attack on the sovereignty of the beleaguered nation, now in its seventh year of civil war.

Erdogan has consistently criticized recent actions by both the US and Israel. Last week, he told CNN that the US Israeli embassy’s move to Jerusalem was a “huge mistake.” He repeated his position that “east Jerusalem is the capital of Palestine” and that “when a Palestinian state will be established,” a Turkish embassy will open there.

According to Erdogan, Trump’s decision further isolates the US diplomatically. He said that by recognizing Jerusalem as Israel’s capital, the US stands to “lose allies.”

In late March, the Turkish leader “strongly” condemned an “inhumane attack” by Israeli soldiers on unarmed Palestinian demonstrators on the of the Gaza Strip border, a day after the Israeli military killed 16 other unarmed Palestinian protesters. As of May 13, the death toll stodd at 53 people, including the elderly, children and journalists.

“Have you heard any noteworthy objections to the massacre by Israel that happened yesterday in Gaza from those who criticize the Afrin operation?” Erdogan asked during his March 31 speech in Istanbul, referring to a Turkish military invasion against Kurds in northern Syria.

Netanyahu has for years on Twitter accused Erdogan of “bombing civilian populations indiscriminately.”

Speaking to supporters in the province of Adana, Erdogan said to the Israeli Prime Minister:

“We [Turkey] are dealing with terrorists. But you are not concerned about terrorists because you are a terror state,” according to Hurriyet.